Worry not, as you will find no long slideshow articles here. Our entire story is presented on a single page. 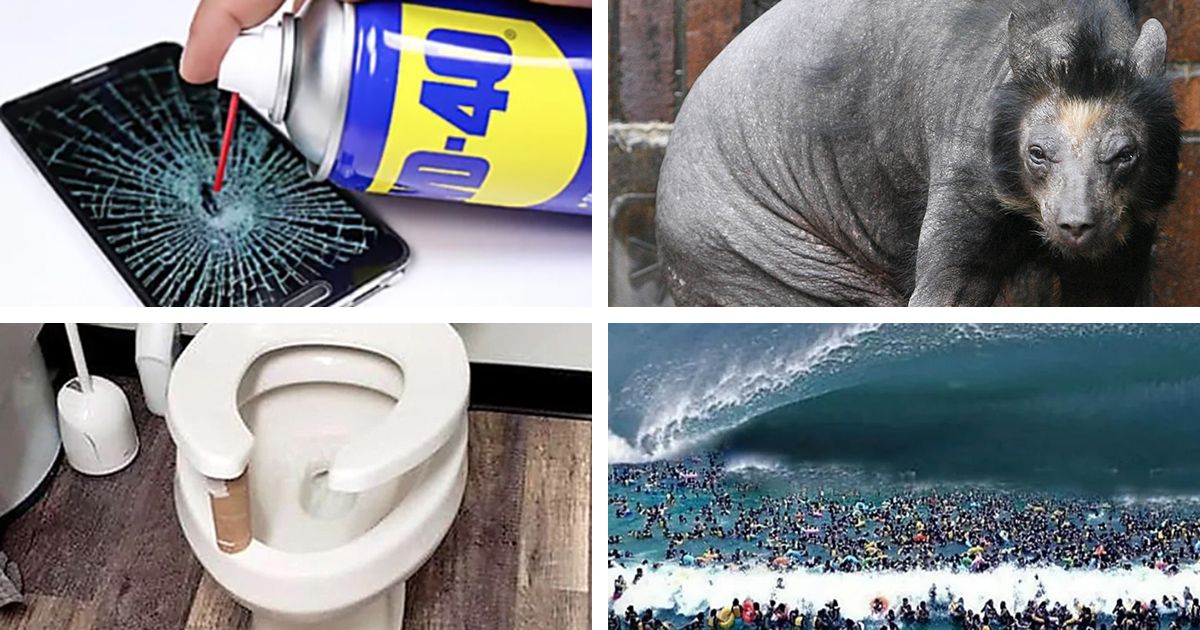 Snopes debunked and documented quite a few odd online advertisements in 2021. (Image Via Various Ads and SEBASTIAN WILLNOW/DDP/AFP via Getty Images)

Readers are likely familiar with online advertisements that make bold and often misleading claims in order to get clicks. The resulting articles usually present slideshows that require a seemingly endless number of "next page" clicks in order to find the answer that was promised in the ad. That answer is sometimes never even revealed.

For example, this ad claimed: "Woman Files For Divorce After Seeing This Photo – Can You See Why?” This ad was highly misleading.

The ad led to a 77-page slideshow article. On the last page, it revealed that the whole thing was "a made-up story for entertainment purposes." Yes, you read that right: 77 pages.

The reason why these kinds of ads lead to articles with lots of pages is simple: money. A budget is needed to display the original ads on the internet that lure readers to the long slideshow articles. In order to make that money back and even profit, scammers fill the many pages of their slideshow articles with sometimes hundreds of ads. This is called advertising arbitrage.

We've put together 13 such odd ads that we fact-checked in 2021, and we're going with the novel approach of listing all of them out on a single page.

Is This a Picture of a Shirtless Donald Trump?

False. We couldn't find out who this man was, but we know for sure it did not show a young Donald Trump. The ad in this story led to a long article that never even mentioned the photo. Whoever he is, it looks like he had a good time.

Is This a ‘New Animal Species Taking Over Chernobyl’? It's a hairless bear, not a "new animal species taking over at Chernobyl."

The Truth Behind the ‘Day at the Beach Gone Wrong’ Photo

False. This photo was a fake of a fake. Whoever created it added a larger wave onto an already doctored picture. So much fake happening here.

Does Putting a Ziplock Bag Over a Car Mirror Have a Legitimate Purpose?

True. Remarkably, the answer to this one is yes. A bag over a car mirror can keep ice and snow from collecting in cold weather. However, it's unclear if this is something that a lot of drivers are doing.

We placed "misleading" on these ads because the ads themselves led to slideshow articles that never mentioned placing bags on mirrors.

False. We found two ads about this subject. They each led to 50-page slideshow articles. None of the 100 pages mentioned anything about placing a bottle on a tire when parked. The water bottle brand in the ad provided a hint as to where the photograph was taken: Russia.

False. This ad showed Dr. Phil McGraw with his second and current wife, Robin McGraw. They are not divorced. However, the article only mentioned his first wife, Debbie Higgins. We found no credible sources that confirmed they had a $1 million divorce settlement. As of 2021, Dr. Phil McGraw is still married to his second wife, Robin.

Did Lily from the AT&T Commercials ‘Confirm Rumors’?

False. In 2021, several online ads targeted actor Milana Vayntrub with baseless accusations. Vayntrub portrays Lily in AT&T TV commercials. The articles that resulted from the ads never ended up addressing the accusations from the ads. We're not sure what this was all about, nor was the identity clear of the woman on the right.

False. The ad led to a 43-page article that never even mentioned phones at all. Please don't spray your phones with WD-40.

True. We told you that these would be odd. Some of them are odd and false. This one is oddly true. The advertisement in question.

False. The claim here was that this small Icelandic island has a house with a dark truth about why it's empty. Also, it's said that Björk once lived there. Neither of these was true. We decided to use the opportunity to document the myths of the island. We debunked false claims about the island while at the same time documenting its history.

Did Pipes Sticking Out of the Ground in the Woods Lead to a Discovery Underneath?

True. Two men really did photograph their exploration of the bunker pipes that were sticking out of the ground in northern Germany. However, we recommend reading our story instead of relying on the misleading ad below. The articles that resulted from this ad led to a dramatized story with fictitious names. This photograph had nothing to do with the real story.

False. Yes, it's WD-40 again. Please don't spray your gas tank with WD-40. None of the pages in the long article mentioned anything about spraying WD-40 at a car's gas tank. We do not recommend putting anything in or outside of a car's tank except the gasoline or diesel specified by the manufacturer.

Should an Empty Toilet Paper Roll or Red Cup Be Placed Under the Toilet Seat at Night? Maybe instead of placing the empty roll under the toilet seat, take it to the recycle bin.

Want an ad fact-checked in 2022? Submit your ad screenshots and links (we'll need both to check them out) to Snopes, subscribe to our newsletters, and support us financially by becoming a member or making a direct contribution.