Does Putting a Ziplock Bag Over a Car Mirror Have a Legitimate Purpose?

Online advertisements promised what appeared to be a handy trick for drivers involving plastic Ziplock bags. 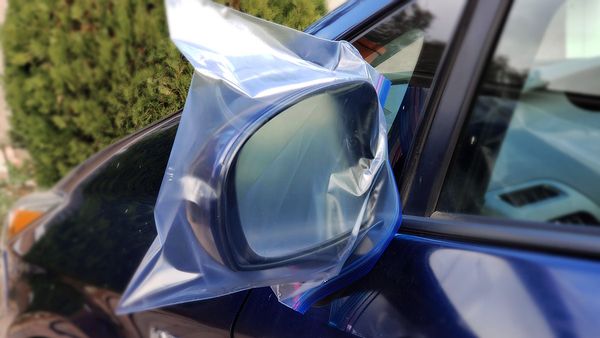 Claim:
Putting a Ziplock bag over a car mirror has a legitimate purpose.
Rating:

Since at least December 2020, online advertisements have displayed a picture of a Ziplock bag covering a car's side mirror. The ads appeared to promise a handy trick for drivers:

They led to websites such as Livestly, Free Hub, The Delite, and others. Readers who followed the clickbait ads were led to lengthy slideshow articles. Unfortunately, it was a waste of time, because the stories never ended up mentioning why a Ziplock bag should be put on a car mirror.

While the ads were misleading, there is a legitimate reason to put Ziplock bags over a car's side mirrors. In 2016, the website for home improvement guru extraordinaire Bob Vila recommended the trick to keep ice and snow from collecting on the mirrors in cold weather:

Ice is one of winter's hazards—both on the road and on your car. It's always best to park in your garage or covered carport to prevent ice from forming on your windshield and rearview mirrors. But for those who are stuck with parking en plein air, here's a clever trick. Just open up a few Ziplock bags and slip them over your mirrors. The plastic covering will keep most of the ice and snow from sticking, making those frigid mornings way less frustrating.

This advice about Ziplock bags on car mirrors might remind some readers of another story. We previously reported about zip ties purportedly being attached to car mirrors, homes, and mailboxes. According to the hoax, the zip ties marked targets for sex traffickers.