2021 in Review: Highlights From Snopes.com

If this year taught us anything, it's this: A dire need remains for fact-based, explanatory journalism. 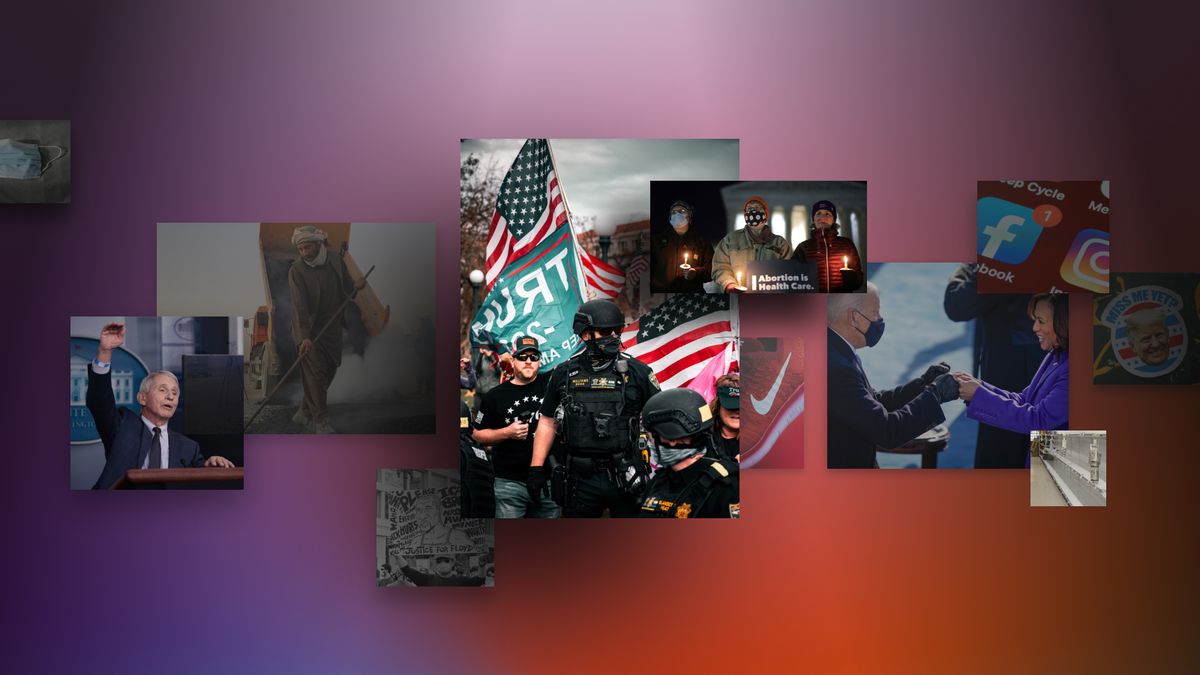 This was supposed to be the year of defining a “new normal” — and, in our opinion, maybe even having a re-do.

No such luck. First, we saw a massive misinformation campaign to try to overturn the results of the 2020 presidential election. Never before had we battled such a well-funded effort to try to erode Americans’ trust in the democratic process, nor had we seen so many extreme ideas go mainstream from fringe political groups. Heading into the year, we had a sophisticated operation to closely monitor obscure corners of the internet where voter-fraud conspiracies originated.

Yet nothing could have prepared us for Jan. 6, 2021. From cell phone footage supposedly showing Capitol police helping Trump supporters breach the federal building to the former president's comments and whereabouts during the attack, our newsroom scrambled to sort fact from fiction in real time — and in the months after the historic day.

That was all aside from Joe Biden's presidential inauguration, an effort by Democrats to impeach Trump (again), an ongoing civil rights movement to call attention to police brutality, and scaremongering rumors about the effects of COVID-19 vaccinations. Pseudoscientific arguments circulated widely to discredit scientists’ work to develop what remains the leading solution to the pandemic, and we were inundated with readers' questions about how the inoculations actually impact humans' immune systems.

Then, over the summer, we met the COVID-19 variant delta. She seems to be sticking around with company (omicron).

No matter the topic at the center of our reporting in 2021, however, we filled a dire need for tools to help grow people's media literacy. Behind every Snopes rating is fact-based, explanatory journalism that relies on thoroughly vetted sources and context that other media outlets may omit.

We thank you for your support, and we look forward to more debunking in 2022 — maybe, just maybe, it’ll be a bit more “normal” than the last.

Snopes readers have a nose for news — and an unquenchable thirst for getting to the bottom of misinformation on the internet. In 2021, readers searched nearly 8 million unique terms on the Snopes website, the leading among them being some iteration of “COVID-19” and some form of related “vaccines,” followed by “Biden,” “Fauci,” and “Trump.” In a year rife with misinformation, the Snopes team went deep to get to the bottom of some of the internet’s most contested content. Among such stories published in 2021 were:

Most Read News Stories of 2021

Most Viewed Fact Checks of 2021

Ranked from highest number of views.

All of these pages were published in 2021.

Best of: 'I Did My Own Research'
Usually code for 'I cherry-picked vaccine stats to confirm what I already believe.' Most Obviously Photoshopped
One manipulated picture is worth a thousand words.

Bathroom Readers
Some of these claims didn’t pass the sniff test.

Deepest Rabbit Hole
Investigations into these rumors led us down some unusual paths.

Can't Believe We Had To Check This
All because Twitter was wilding out. Honorable Mention
Some claims were so bizarre that they’re uncategorizable.