Is This a Picture of a Shirtless Donald Trump?

Reverse image search is your friend. 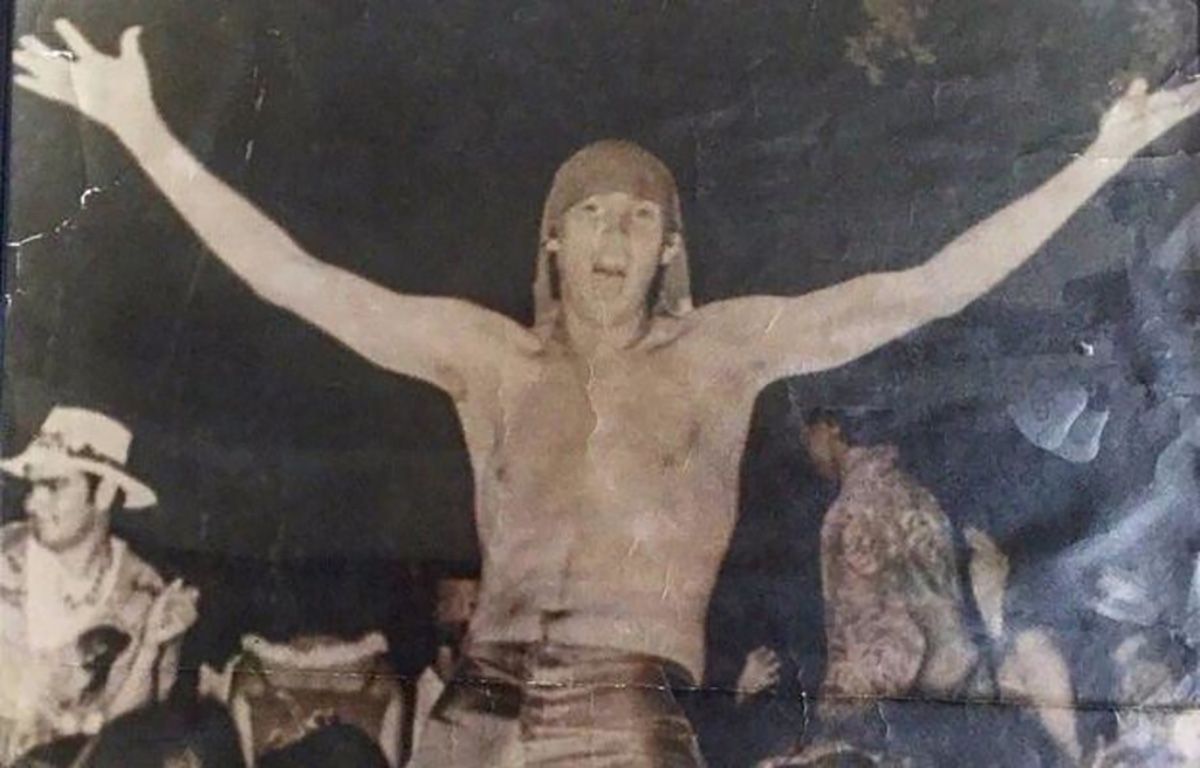 Claim:
A picture shows a young Donald Trump partying with his shirt off.
Rating:

Online advertisements are not a recommended source for reliable information. In the past, we've determined fact-check ratings for a number of misleading ads. One ad claimed that Amazon Prime's membership prices had increased. Another one appeared to falsely claim that Monica Lewinsky had died. We even fact checked an ad with a doctored picture of a shirtless David Muir. So when another ad purported to display a photograph of a young and shirtless Donald Trump with his arms outstretched, we decided to take a closer look. The ad that purported to show a young and shirtless Trump had a grammatical error: "Photos of Young Donald Trump You Never Seen Before."

But this is not a picture of Trump. A reverse image search for the shirtless man photograph showed that it had only appeared on a very small number of websites. The picture had never appeared on any credible news source. We were not able to identify the man in the photograph, nor did we find its source.

A picture of Trump graduating from Wharton School of the University of Pennsylvania in 1968 showed no resemblance between the two people: Readers who clicked the ad were led to a lengthy slideshow story on the website Bon Voyaged with the headline: "The Trump Family Tree Of Gold."

If the President of the United States family tree was an actual tree, it would be completely covered in gold. We have collected some of the best photos from the Trump family’s past.

Follow the path of this current American dream family from their first ancestors that arrived in New York on a steamship in 1885 from Germany. Click Next to follow the curated gallery of images from throughout time.

The story featured genuine, decades-old photographs of Trump and his family. We clicked through all of the pages to view the pictures. The photograph of the shirtless man with his arms outstretched did not appear in the story on Bon Voyaged. It was another unfortunate bout of clickbait for any readers who got sucked in to click through the entire gallery.

The initial ad that claimed "Photos of Young Donald Trump You Never Seen Before" was hosted by the Outbrain advertising network. It has been displayed on an unknown number of websites that partnered with Outbrain.

The strategy behind the creation of the ad was known as arbitrage. The advertiser paid Outbrain to display the ad. The ad lured readers to the lengthy slideshow story. The goal for the advertiser was to make more money on ads displayed on the slideshow pages than it cost to run the initial and misleading shirtless ad.

This was certainly not the first time we've assigned false ratings to photographs that purported to show Donald Trump. For example, one claimed to show a toddler-aged Trump in a suit. Another faked picture showed Trump in a raft saving a hurricane victim.