Is This a 'New Animal Species Taking Over Chernobyl'?

A photograph of a strange-looking animal appeared in an online advertisement about Chernobyl. 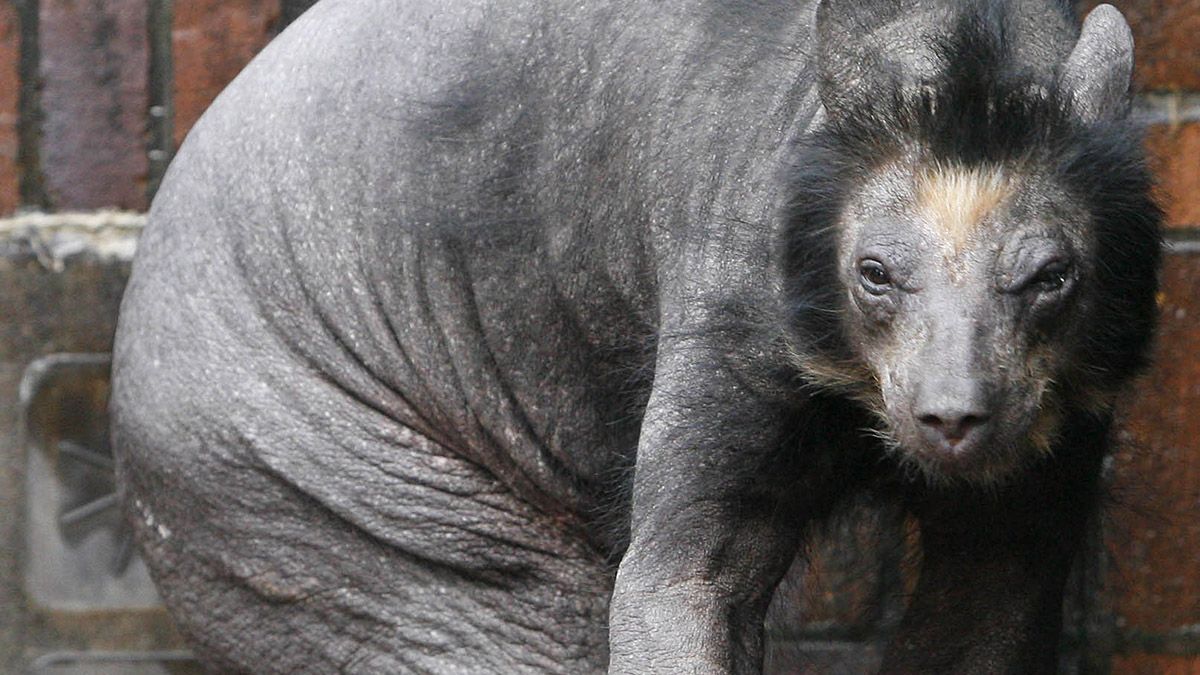 In January 2021, a picture of a strange, four-legged animal appeared in an online advertisement about the aftermath of the 1986 Chernobyl nuclear-reactor disaster in Ukraine. The ad claimed: "There Are a New Animal Species Taking Over at Chernobyl." Encyclopedia Brittanica published that the Chernobyl incident was "the worst disaster in the history of nuclear power generation." History.com reported much the same:

Chernobyl is a nuclear power plant in Ukraine that was the site of a disastrous nuclear accident on April 26, 1986. A routine test at the power plant went horribly wrong, and two massive explosions blew the 1,000-ton roof off one of the plant’s reactors, releasing 400 times more radiation than the atomic bomb dropped on Hiroshima. The worst nuclear disaster in history killed two workers in the explosions and, within months, at least 28 more would be dead by acute radiation exposure. Eventually, thousands of people would show signs of health effects—including cancer—from the fallout.

However, the clickbait picture in the ad did not depict a "new animal species" that was "taking over at Chernobyl." The resulting 30-page slideshow article didn't even mention the photograph. On Nov. 5, 2009, BBC reported that Dolores and two other bears were dealing with "various states of baldness." They came "from the Andean mountains of Ecuador, Peru, and northern Bolivia."

The bears - named Dolores, Bianca, and Lolita - are suffering from itchiness as well, so animal keepers apply ointments to soothe their skin.

"This problem with the spectacled bears is not just in Leipzig [Zoo]," Mr. Noetzhold told the BBC World Service. "There are other zoos in Europe and overseas having the same problem. And so we've had an international working group of zoo vets looking at this for some time already."

Gerard Baars, director of the International Bear Foundation, said he had never seen such a condition before. "I could hardly believe it is a bear although I have been dealing with bears all my life," he told the BBC's Europe Today programme.

The picture in the advertisement was perhaps chosen for the reason mentioned by Baars. Even the director of the International Bear Foundation didn't know it was a bear. Readers who saw the ad likely wouldn't initially identify the animal as a bear, either.

Jan Woitas and the European Pressphoto Agency were credited for the photograph that was used in the ad. It appeared to be from 2009.

Also on Nov. 5, 2009, the Associated Press posted a video of Dolores, Bianca, and Lolita at the Leipzig Zoo. The zoo official, who was not identified, spoke of research that was underway about the issue with the bears. He also mentioned that other zoos had seen similar problems with such bears.

At least two blogs mentioned that Dolores died in 2011. We were unable to confirm this information with any credible source. However, one thing we can say for sure is that she was not a "new species" that was "taking over at Chernobyl."

For further reading, Scientific American reported on the Chernobyl Exclusion Zone in December 2020. The story looked at the possibility of "lingering radiation effects on animal populations."