The video was posted by an urban explorer known as Triangle of Mass. 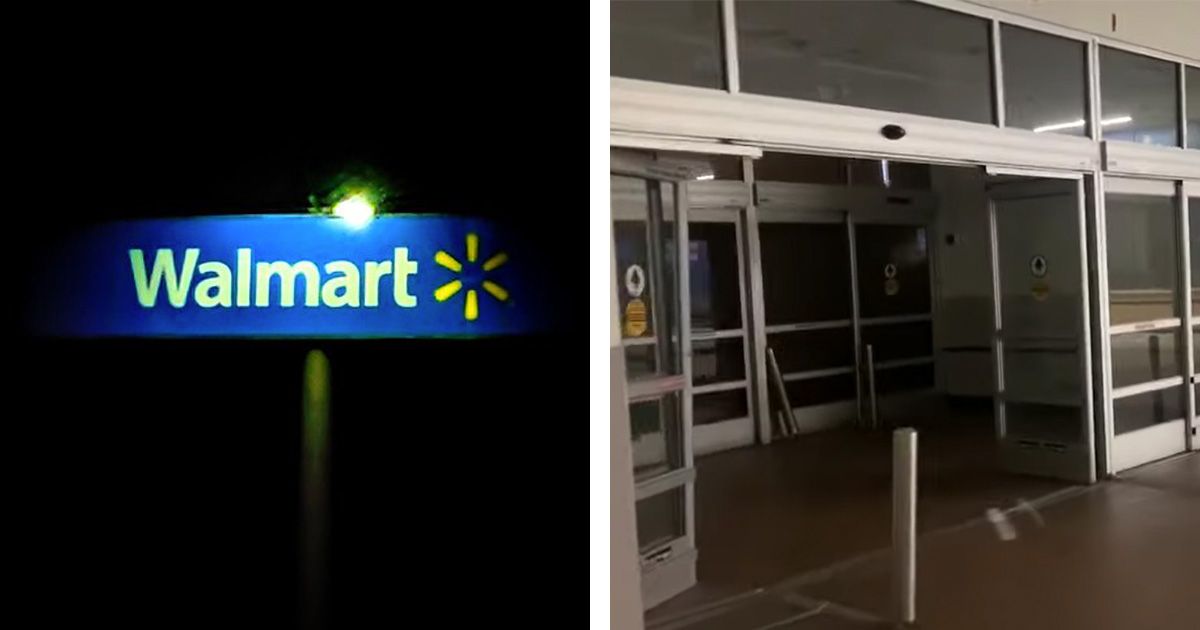 An urban explorer who goes by the name of Triangle of Mass has explored an abandoned Walmart and documented it all in two videos on TikTok and YouTube. The TikTok video showed a short preview:

The full video was uploaded to YouTube, giving a longer look inside the shuttered store:

The video was shot with snow on the ground. The location of the store is not known. It begins with an introduction outside of a Walmart Garden Center. The camera then glides into a fire exit that appeared to have been left open, providing access to go inside.

Entering the warehouse-sized abandoned Walmart, it's immediately clear that the electricity was left at least partially on for some lighting. Triangle of Mass then walks past what looks to be the pharmacy area and eyecare counter: The area on the left appeared to be the pharmacy, with the customer service desk in blue straight ahead. (Courtesy: Triangle of Mass/YouTube)

Next up are the front doors to the store, which appeared to have been boarded up: It's unclear how long the Walmart in the video had been abandoned.

After walking past the customer service desk and through the in-store pickup area, Triangle of Mass then shows the back side of the store: Employee lockers were left open in the back of the abandoned Walmart.

Near the lockers was an inspirational quote meant for employees to see. It read: "At Walmart, one man or woman can affect the future. Our future lies in our associates." It's credited to the company's founder, Sam Walton: Sam Walton opened the first Walmart in 1962 in Rogers, Arkansas.

Near the end of the video, he points the camera at what looks like computer servers of some sort. The video concludes with a shot of the massive emptiness inside the old, abandoned Walmart: Walking out of the in-store pickup area in the back of the store.

We reached out to Triangle of Mass by email for a short interview. "There are a few Walmart’s that are abandoned, but to actually see the inside of a former Walmart is rather super creepy... to see it that empty," he said. Back in the room with the servers, he said he saw that "everything" was left inside and that he could hear a "creepy alarm" going off.

While some readers might not have any interest in abandoned, rotting buildings, to others, abandoned places can offer a very unique feeling of history and nostalgia that can be difficult to describe. There's no shortage of YouTube videos that provide tours of abandoned places, and many of them have millions of views.

In the past, we reported on an abandoned McDonald's that Triangle of Mass explored. At the time, he told us, "I honestly think abandoned places are so fascinating [because] everything was at one point active." No matter if it's an abandoned house, store, or outdoors location, he said he felt that there was something special about it. "Someone may have walked those halls, and now everything is just so different. It’s no longer active. [It] just sits there decaying."