The idea of looking above Walmart's entrance doors for a four-digit code to later use for self-checkout discounts has trended on TikTok since 2020. 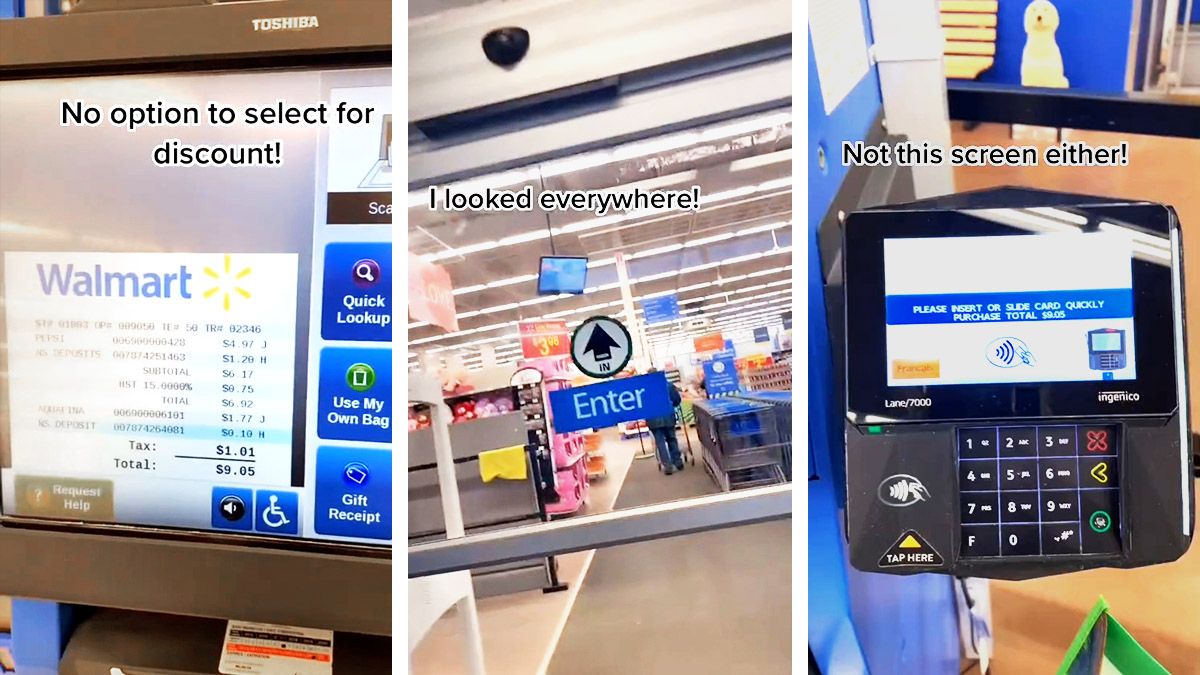 Claim:
Walmart customers can receive a discount at self-checkout by entering a code seen above the front doors.
Rating:

Since at least 2020, viral videos have claimed that Walmart customers could save money with a hidden set of numbers. TikTok videos claimed that a four-digit code found above the Walmart front entrance doors could be entered as a promo or discount code at self-checkout.

"What is a fact or statistic that seems fake but is real?," asked TikTok user @colinjashby. His video has been stitched as an introduction to countless subsequent videos that purport to detail interesting facts and statistics.

On June 14, 2021, TikTok user @iammittalpatel posted a video with the "what is a fact or statistic" stitched intro. It has been viewed nearly 6 million times and received 61,000 shares in two days.

According to @iammittalpatel and many others on TikTok, everyday, Walmart customers walk right under a four-digit code that would allow them to receive a discount when ringing up items at self-checkout.

When you go to Walmart and the doors open, look up. There's a four-digit code. Remember that.

Now go inside and do your shopping, but do a self-checkout.

Now on that screen, on the top right corner, there's an option for a discount code. Click that and enter the code.

Months earlier, on Jan. 3, @watchoutttt.kee also made the same claim about a Walmart discount code in another TikTok video. It has received more than 4 million views, and well over 58,000 shares.

The video used a different popular stitched intro, that being @420loveontour's trending question: "What's a piece of information that you learned that feels illegal to know?"

However, this was all a hoax. The idea that a four-digit code above Walmart's front doors can be entered as a discount at self-checkout is false.

A number of TikTok commenters pointed out that if there was a four-digit number around the entrance, it would simply be a store number.

Other TikTok users recorded videos that showed that there is no place to enter a discount code on Walmart's self-checkout screens.

For example, at least two helpful TikTok users drove to Walmart stores to try out the supposed trick.

Pauline Huppie, aka @metischickk, was unable to find a four-digit code around the front doors.

She also noted that there was no option to enter a code on the Walmart self-checkout screen or card scanner. "Myth busted," she said.

A Walmart employee named Shantell Murphy also tried the trick. "So, as you can see, totally fake," she said.

In sum, there is no special four-digit code hidden over or around the front doors of Walmart stores that allows customers to receive a discount at self-checkout. If such a trick did exist, there would countless videos showing that it works. Instead, there are none.