Patrons at one specific Olive Garden location appeared to have reached the end of their "never-ending soup or salad and breadsticks." 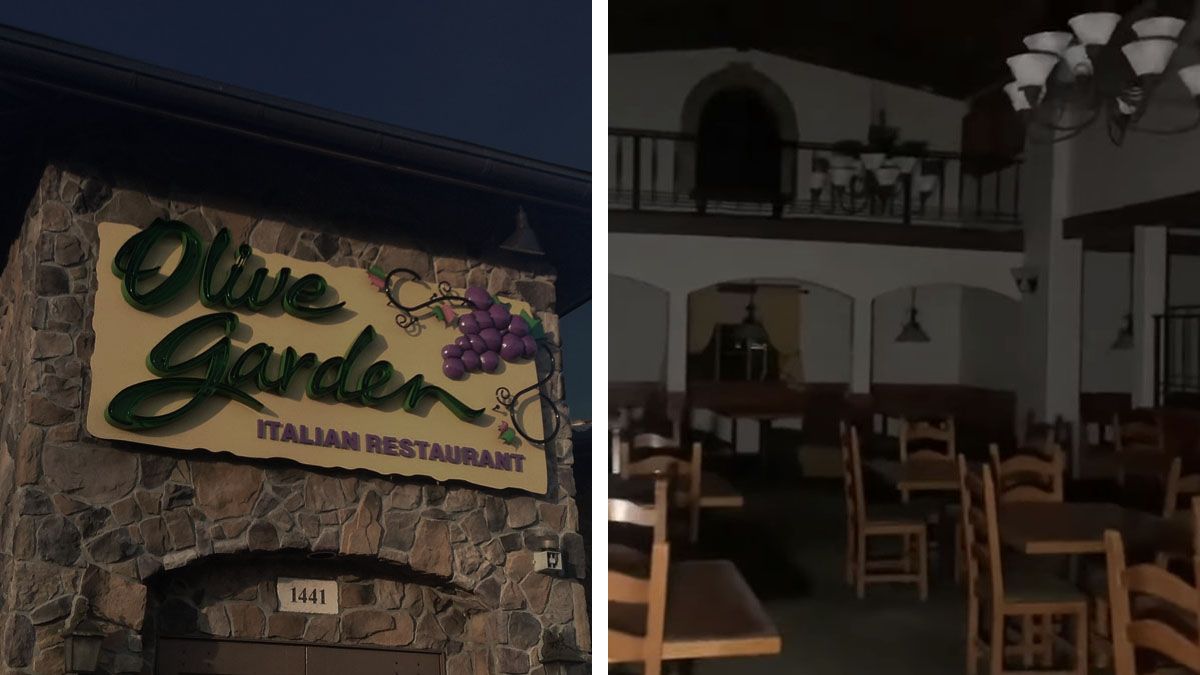 An urban explorer who goes by the name of Triangle of Mass has explored an abandoned Olive Garden restaurant and documented it all in two new videos on TikTok and YouTube. The TikTok video showed a brief preview:

Meanwhile, the YouTube video gave a longer look at the inside of the shuttered Italian eatery:

The abandoned Olive Garden video began by showing quite a lot of equipment that remained in the kitchen despite the permanent closure of the location. This included stoves, sinks, heating equipment, and food prep areas. Next in the video came the abandoned Olive Garden's dining room. All of the tables, chairs, booths, lamps, curtains, and other furniture were left behind. The bar even still had stools and beer taps. We reached out to Triangle of Mass to learn more about what can be seen in the clip. "The [abandoned] Olive Garden is completely cleared but surprisingly all the seats are left and set up as they were going to open the next day," he told us. "There was also an interesting smell. That was in the back area where they make the food."

We asked him if he could reveal the location, but he politely declined. "Unfortunately, I can’t say where this is as much as I would like to because there’s just so much in the area. I want to be respectful of the location."

In 2021, we published a story about Triangle of Mass exploring another restaurant. That time, instead of an abandoned Olive Garden, it was a shuttered McDonald's that still had some interior design features from the 1980s. The McDonald's location was believed to have closed in the early 2000s.

We previously asked Triangle of Mass why he believes videos of abandoned buildings are something that many viewers are interested in watching. Regarding a different abandoned structure, he said: "I honestly think abandoned places are so fascinating [because] everything was at one point active, and the fact that stuff was just left behind… there’s history left there. Someone may have walked those halls, and now everything is just so different. It’s no longer active. [It] just sits there decaying."

Some abandoned places can often evoke a sense of nostalgia or eeriness. While an abandoned Olive Garden might have less of a feel for viewers than a century-old house, for example, these kinds of videos still perhaps attract viewers because of their special quality. That quality probably has something to do with the fact that the videos show something familiar that was once there and alive with people going about their lives, but is now empty and forgotten.

Note: A picture of an Olive Garden sign was slightly altered for this story to fit in a two-picture image. The original photograph was credited to Flickr user Mike Mozart.