The abandoned Disney World ride had a dark history that included the tragic deaths of two workers in unrelated incidents. 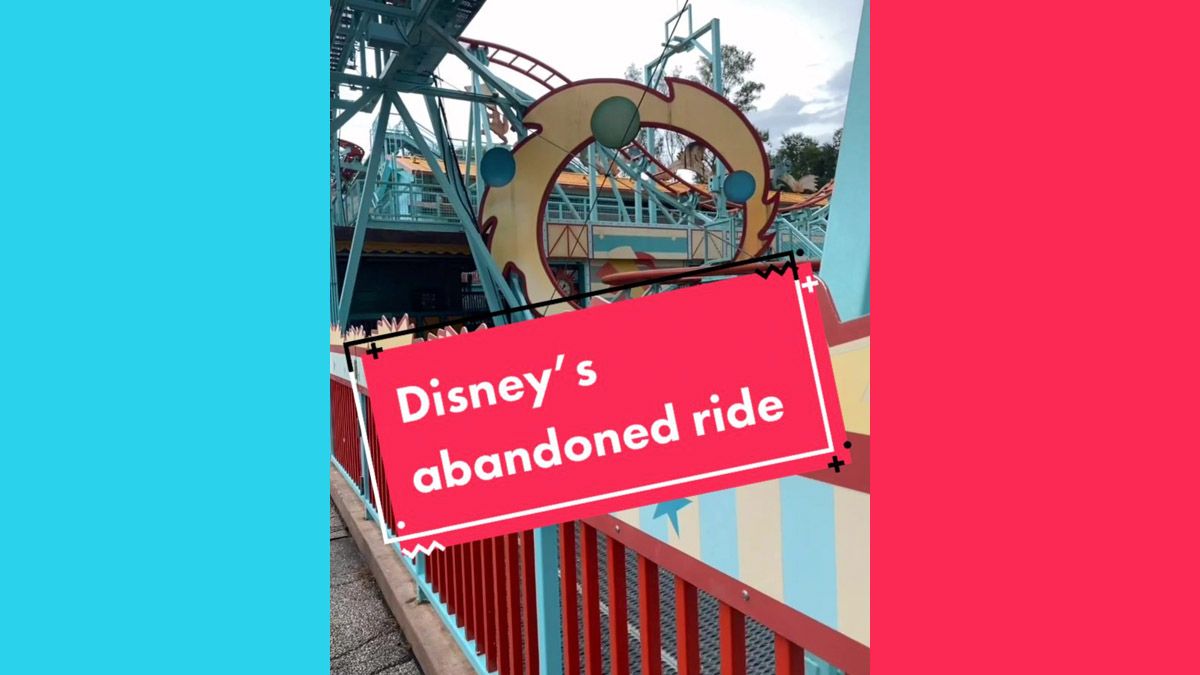 In August 2021, a new TikTok video showed an abandoned roller coaster at Walt Disney World Resort. It was posted by @superenthused with the caption: "Abandoned Disney World ride."

In the video, the abandoned Disney World roller coaster ride turns out to be Primeval Whirl. After a little bit of research, we learned that the attraction has a dark past that included injuries and even two fatalities.

Primeval Whirl was a roller coaster located in DinoLand U.S.A., part of Disney's Animal Kingdom. It was part of "Chester & Hester’s Dino-Rama!"

On Google Maps, we found an aerial satellite view of the ride as well as a 360-degree perspective.

The abandoned Disney World ride is now permanently closed, but remained within Disney's Animal Kingdom as of August 2021. Some Twitter users had asked about Primeval Whirl, such as this tweet from @tamonandpumbaa:

Some Disney World fans also shared their love of the carnival-like abandoned roller coaster, like in this tweet from @disparksfunnies:

On June 8, 2011, the Orlando Sentinel reported on the deaths of two people who worked on Primeval Whirl.

According to the newspaper, on March 13, 2011, 52-year-old attractions mechanic Russell Roscoe was "struck by one of the attraction's ride vehicles." He "suffered a massive head injury and died the following day." The official picture for the ride before it closed. (Courtesy: Disney Parks)

The Sentinel also reported on an incident that occurred in November 2007:

Karen Price, a 63-year-old ride operator, was loading guests into the attraction when she was hit by one of the vehicles.

Price, who was leaning over the vehicle when it began moving forward, was pushed 10 feet forward and off of the ride platform, where she fell 3 feet to the ground and struck her head. She died five days later.

Another accident on April 30, 2007, led to a worker suffering a "minor head injury." Also, in either September or October 2007, another unspecified accident was recorded by OSHA.

The Sentinel reported: "Disney bought Primeval Whirl from the French company Reverchon, though Disney designers made subsequent modifications and Disney now claims to be the ride's manufacturer, according to OSHA records."

More of the newspaper story about the abandoned Disney World ride can be read on newspapers.com or by subscribers of the Orlando Sentinel on the newspaper's website.

According to the Orlando Sentinel, Primeval Whirl opened in April 2002.

Several YouTube videos show what it was like to ride the attraction, such as this one from the MouseSteps / JWL Media channel.

The official Disney World website page for the abandoned ride is now gone. However, we found an archived version. It read: "Spin and slide on a time-machine coaster back to the dinosaur age through a madcap maze of curves and drops."

Take a trip aboard a spinning rollercoaster in this dinosaur-themed carnival-style attraction.

Hop inside a time-machine-styled contraption—created by research-scientist cousins Esther, Fester, Nester and Lester—and journey back to when dinosaurs ruled the earth. Climb a ramp and pass through a zany 4-ringed time portal before beginning a steady, swinging descent into the past.

A Trip to the Prehistoric Age

Sweep through a series of sudden dips and turns as your time machine spins on its own path. Whiz by cartoon-styled dinosaurs hastily preparing for their impending extinction and glimpse a shower of kooky meteors. Thrill to twists and turns and glide through a fossilized jigsaw puzzle of dinosaur bones before leaving the past behind and making your way back to the present.

Disney World's Primeval Whirl roller coaster is now sitting abandoned within the park. Plans have not been announced regarding what might replace it. More videos from @superenthused can be found on TikTok.