The abandoned diner, which in the TikTok video appeared to simply be themed on the 1950s era, likely closed in the 1980s or 1990s. 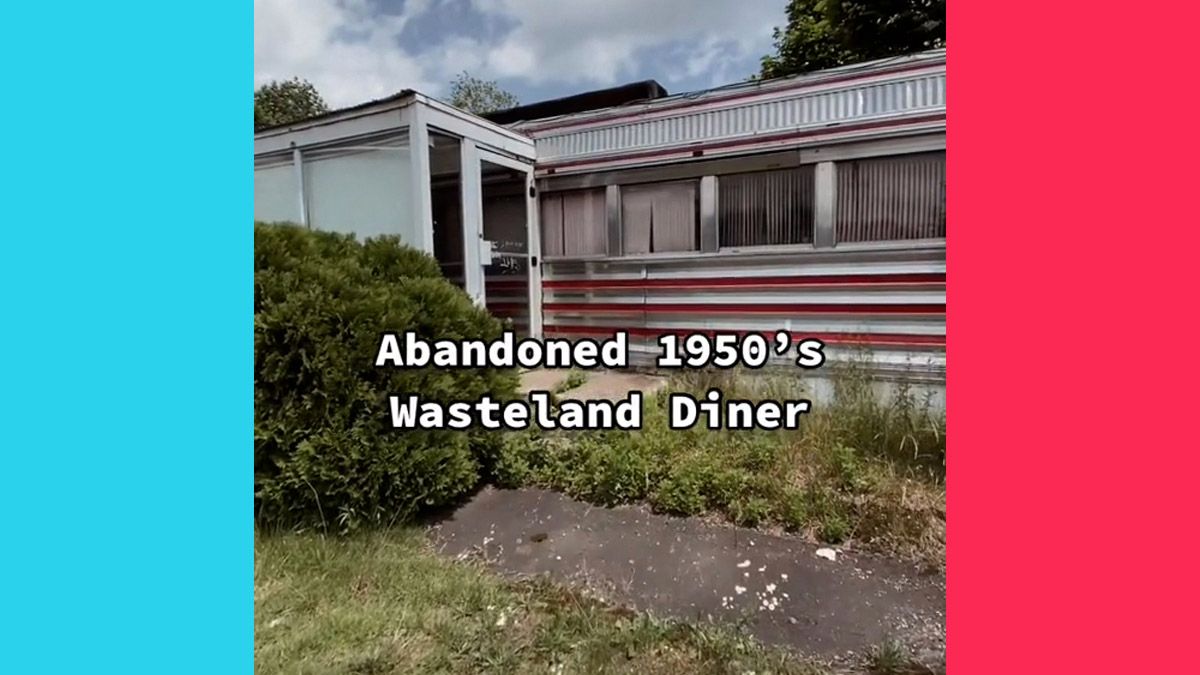 A TikTok video of an abandoned "wasteland" diner themed on the 1950s shows an old eatery beaming with nostalgia. Some commenters likened the old diner to the TranZit map in the video game "Call of Duty: Black Ops 2." Others mentioned "Fallout 4" and "Fallout 76," two video games about post-apocalyptic worlds.

The video begins with a shot of the walkway leading to the entrance of the abandoned 1950s diner, which is now overgrown with plants. A ceiling fan is shown spinning on the ceiling, likely by the camera operator rotating it. The person recording later spins two stools, so it's likely they gave the ceiling fan a spin by hand before recording.

Next to the old stools that line the counter is an offer for an eight-piece "fresh broaster chicken" deal. It offers the soup of the day, homemade cheese or cinnamon bread, and homemade creamy coleslaw, all for $14.99. The menu also offers a breakfast special with three eggs, home fries, and toast for $1.99. The prices indicate what was likely the 1980s or 1990s. More on that later. The old diner may have suffered a fire in its final days. (Courtesy: @xplorewithsonny/TikTok)

We spotted two vintage mixers, one of which likely was used for milkshakes. Other items of note included flowers, a child's highchair, torn menus, a pink color scheme, red booths, full salt and pepper shakers and sugar containers, plates, silverware, coffee pitchers, coffee cups, and a sign that read: "Friendship Warms the Heart."

The abandoned diner appeared to try to capture the look and feel of the famous 1950s era, as have so many other diners over the last several decades.

Not much is known about the old diner. It appeared to be located in the area in or around Buffalo, New York. Its name is unknown.

Edit. Further googling from redditor comments on the menu items puts this meal between $4.50 and $5.00 which gets mid-'80s. I'm thinking this is more likely considering the coloring (hot pink with black and white tiling!) and the ceiling fan.

Edit. Many redditors indicate these prices could put it into the mid-'90s.

The building may have suffered a fire, as several items looked to have burned to a black crisp. A YouTube commenter mentioned that it's possible there was a fire in relation to grease or the grease traps, according to what is shown in the TikTok video.

The TikTok user who posted the video also has a YouTube channel named Xplore with Sonny. There didn't appear to be a full video on the channel yet for the diner, but it might show up in the future.

Another video shot in the same diner was posted in April 2021 by the Urbex and Chill YouTube channel.

In the video, several objects appeared to be moved around in spots different from what was seen in the TikTok video. This was likely due to various urban explorers and other interested parties checking the old place out over the months and years.

We previously were first to report about a video of an abandoned McDonald's that similarly had some vibes from decades ago.

If we learn more about the abandoned 1950s diner, we'll be sure to update this story.