Is There a Clown Motel Next to an Abandoned Graveyard in Nevada?

Clown statues and old gravestones in the desert, what could go wrong? 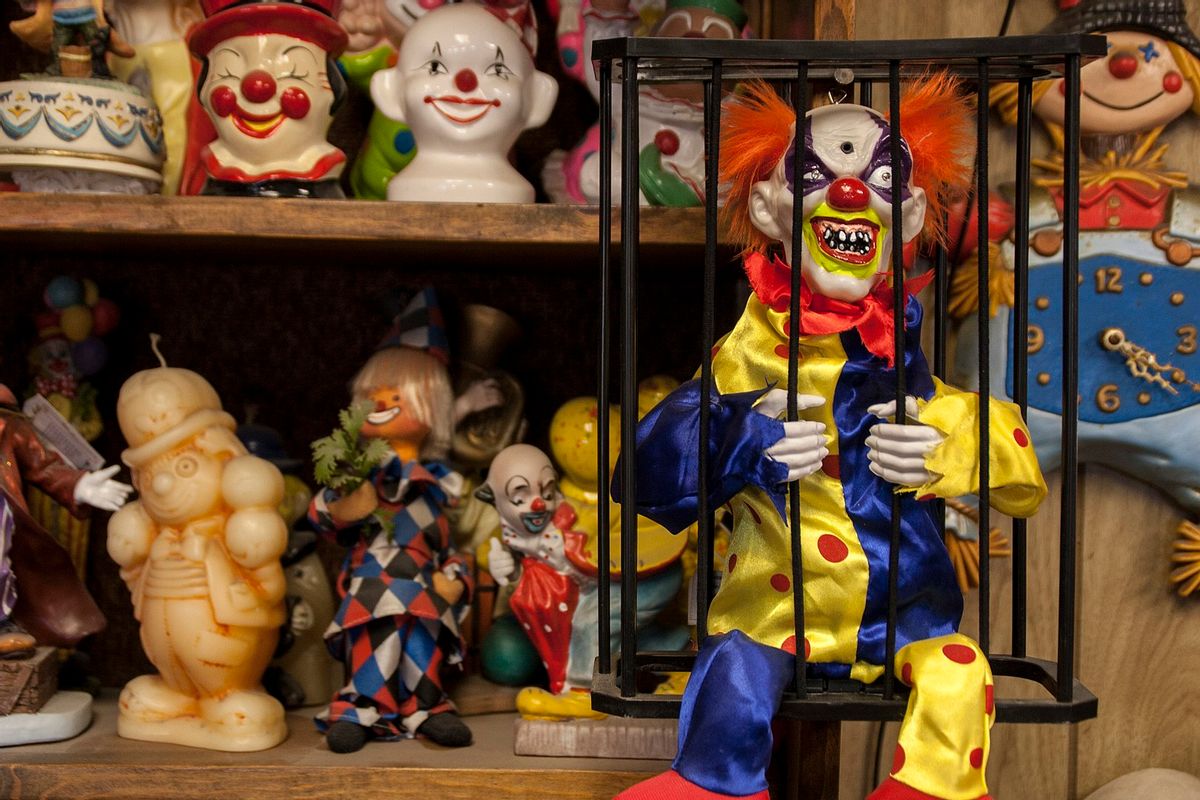 Image Via Will Keightley/Wikimedia Commons

Claim:
In the Nevada desert, a clown-themed motel operates next to an abandoned graveyard.
Rating:

It sounds like a horror movie coming to life—a Nevada motel with around 2,000 clown statues sitting right next to an old graveyard. And it actually exists.

The Clown Motel is a real place in Tonopah, Nevada, the final port of call before an unbroken stretch of Nevada desert. According to travel website Atlas Obscura:

From the moment travelers enter the adjoining offices they are greeted by a life-size clown figure sitting in a chair, cradling smaller figurines like familiars. In fact the entire office is covered in shelves and bookcases full of clown dolls, statues, and accouterment of every stripe. Stuffed animals, porcelain statues, wall hangings, and more make up the mirthful menagerie, staring down at guests from every angle.

The old Tonopah Cemetery next door, according to Atlas Obscura, was founded in 1901 and active until 1911. Among its residents are 14 miners who were victims of the Tonopah-Belmont Mine Fire of 1911. Today, walking tours still take place around the cemetery. The Tonopah Extension Mine donated land for a newer Tonopah Cemetery nearby that is reportedly in use today.

The motel is currently open for bookings with room rental prices ranging from $70 to $120.

Given that the motel has been widely covered by online media and is accepting bookings, we rate this claim as “True.”