Did Devil's Slide Bunker Lead to an Incredible Find?

The Devil’s Slide lookout bunker was the site of a military triangulation station and observation site used during World War II. 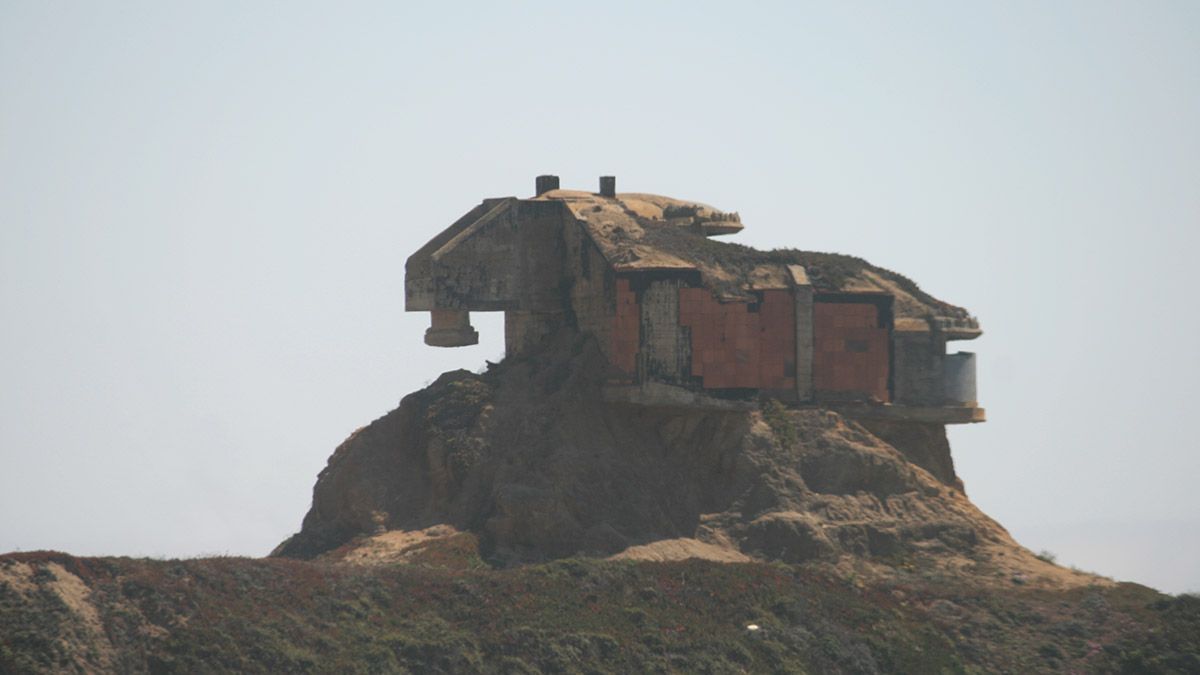 Claim:
An abandoned California military base led to an incredible find.
Rating:

"Abandoned Military Base in California, What Was Found Inside is Incredible," read an online advertisement in April 2021. The ad promised to deliver the goods about an amazing discovery made inside an odd-looking coastal structure referred to as Devil's Slide bunker:

Not quite as interesting as the Mickelsen Safeguard Complex, but let's take a look.

Unfortunately, no "incredible" find was made. The ad was misleading and false.

Readers who clicked on the ad were led to a lengthy slideshow article that lasted many pages. The location from the ad appeared on page 15. It contained one paragraph about the Devil's Slide bunker, which had also been described as Little Devil's Slide lookout. On the page, nothing "incredible" was revealed:

These Abandoned Military Bases Will Leave You Speechless

This bunker is located in Devil's Slide, California, a coastal promontory in San Mateo County. It used to function as a base end station to locate and defend against attacking ships, but as radar developed, these bases became less and less vital on the California coast. The site is now privately owned, but the bunkers still remain.

The picture in the ad showed a bunker at Devil's Slide in San Mateo County, California. The Devil's Slide Coast website describes the area as "an 8,900-acre network of publicly accessible lands located between Pacifica and Half Moon Bay." People visiting the destination can "explore diverse landscapes including dramatic ridgelines, bluffs, beaches, tidepools, historic sites, and crucial ocean habitats."

One such historic site is the bunker, described as "the Devil's Slide promontory." From 1943-45, the site was used as a military triangulation station and observation site during World War II. The misleading ad and article did not lead to any details about what's inside the bunker. However, several videos on YouTube documented a brief exploration of what's left.

Whether the YouTubers considered anything they found to be "incredible" would be subjective. However, they didn't find much of anything at all.

One video from the Ali & Robby YouTube channel showed graffiti and garbage, which wasn't too much of a reward for the potentially dangerous way they entered the structure:

YouTuber Uriel Vargas also posted a video from inside the bunker, entering in a similarly treacherous fashion:

In sum, no, an abandoned California military base did not lead to an incredible find or discovery. Misleading ads struck again. We'll keep clicking all of the pages in these stories so you don't have to.

For further reading about abandoned military bases, we recommend our story about the pyramid-shaped Mickelsen Safeguard Complex in North Dakota.