We looked at a number of sponsored content articles that posed as "reviews" for PureKana CBD Gummies that included misleading mentions of the "Shark Tank" TV show. 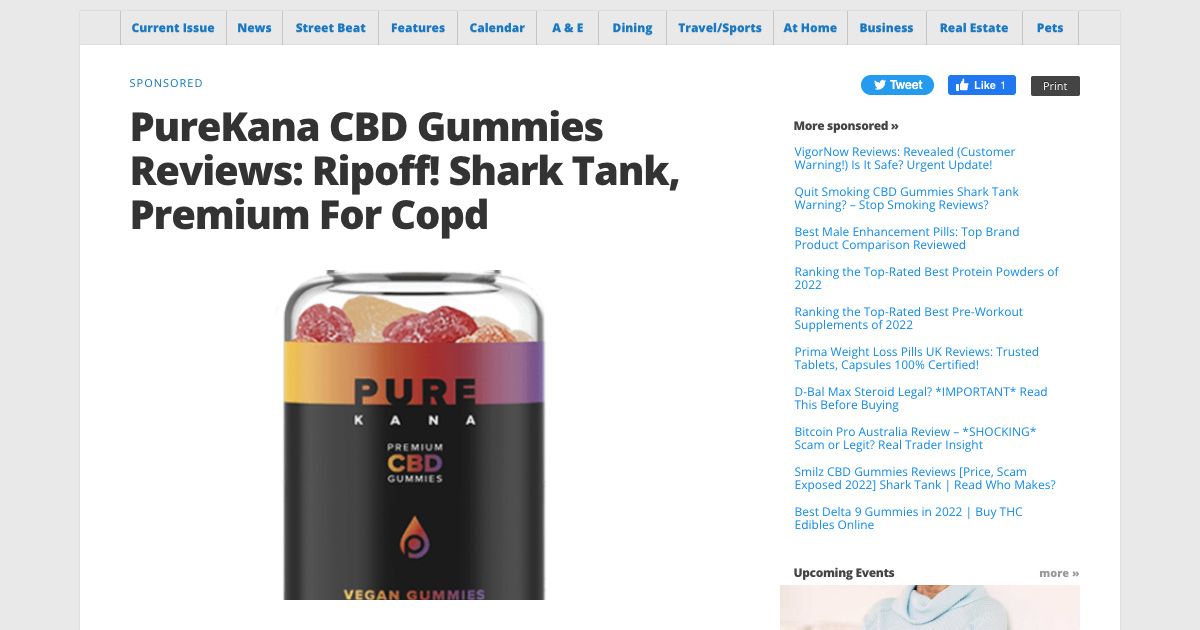 PureKana CBD Gummies reviews are all over Google but they are little more than sponsored content articles and some include scammy language. (Image Via Marina Times)

PureKana CBD Gummies "reviews" dominate the search results on Google for relevant keywords, and some of them misleadingly use the "Shark Tank" TV show name. These results are not what they appear to be, as we found during a brief investigation.

The search results for PureKana CBD Gummies reviews mostly led to sponsored content articles, meaning that someone had purchased advertising space on otherwise legitimate news websites to promote content about the product.

"Shark Tank" was also included in the Marina Times headline by the person or people who purchased the sponsored content space. CBD products have been marketed before as supposedly being endorsed by the cast of the TV show of the same name. However, the cast of "Shark Tank" never endorsed CBD gummies or oil, as we previously reported.

"Shark Tank" cast member and billionaire entrepreneur Mark Cuban recently responded to our reporting about the matter, asking about what Google and Facebook were doing to stop the scams from continuing. He also called out banks and the U.S. Federal Trade Commission (FTC), and wanted to know why the news websites that host the sponsored content articles were accepting money to allow the scammy stories:

On the Jerusalem Post website, a purchased sponsored content article posed as another fake "review" for PureKana CBD Gummies. "PureKana CBD Gummies Review - Premium (Scam Exposed 2022) Is It Fake Or Trusted?," the headline read. The words "scam," "exposed," "fake," and "trusted" were likely all included in case Google users were looking for those terms, just like the word "ripoff" from the Marina Times article. These kinds of sponsored content articles ("reviews") dominate search results on Google for various CBD gummies products. For example, a search of Google News for CBD gummies shows what seems like endless pages of fake "reviews."

We previously published a number of stories about how various celebrities had been used in recent months and years for fake endorsements to sell CBD gummies and oil products. Some of those notable figures included Tiger Woods, Mayim Bialik, Keanu Reeves, Dr. Mehmet Oz, Blake Shelton, Tom Selleck, Alex Trebek, and one that featured both Whoopi Goldberg and Oprah Winfrey.