We looked into text messages that appeared to claim that Oprah Winfrey had died, displaying the message, "Fans react to the Oprah tragedy." 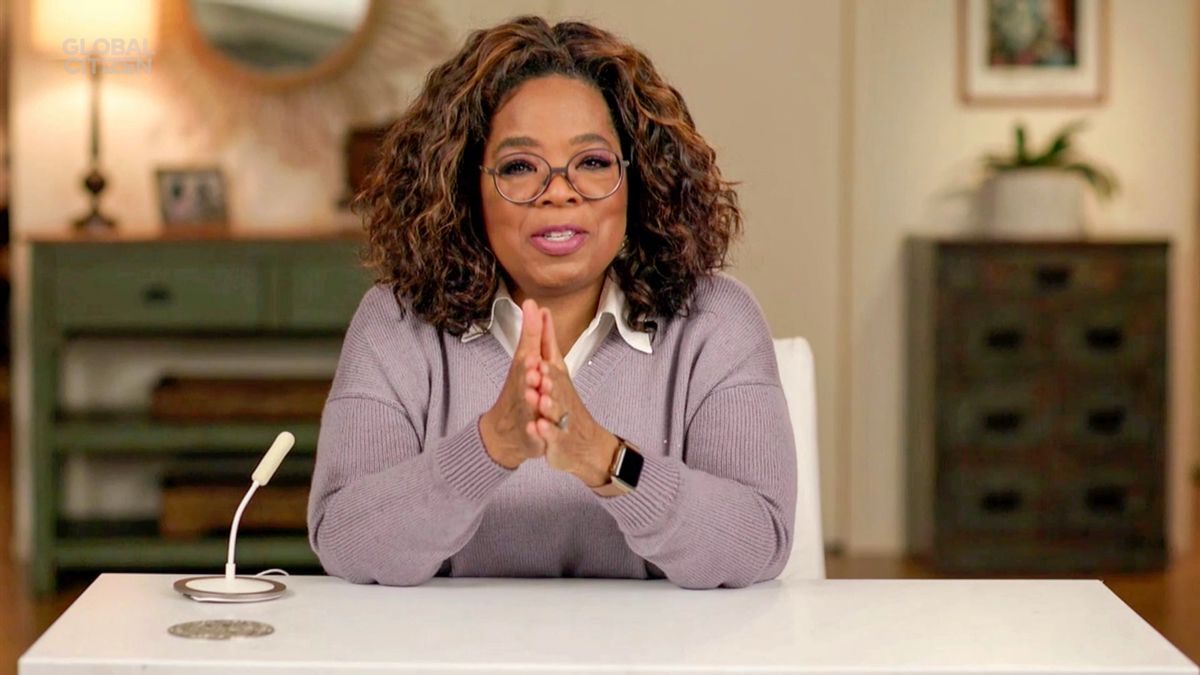 Claim:
Oprah Winfrey died or suffered a tragedy in or before early May 2022. She also endorsed keto weight loss gummies that were created by Weight Watchers.
Rating:

Scammers sent misleading text messages in May 2022 that said, "Fans react to the Oprah tragedy." Those texts included a link that led to a fraudulent page that claimed Oprah Winfrey had endorsed keto weight loss gummies that were created by Weight Watchers. None of this was true.

There's no evidence that Oprah Winfrey suffered a "tragedy" or died in early May 2022, nor did she endorse keto weight loss gummies. These claims, one of which resembled a death hoax, came from misleading text messages that were sent out to an unknown number of recipients.

'Fans React to the Oprah Tragedy'

Scammers sent the text messages with the words, "Fans react to the Oprah tragedy." The texts also included a link: Upon clicking the link, we were led to a fraudulent page that was purposely designed to mimic a Time magazine article. In reality, Time.com had nothing to do with the page. This bore similarities to another keto scam that used the image and likeness of "The Price Is Right" host Drew Carey, which we previously reported on days before publishing this story.

The fake Time.com article mentioned nothing of Winfrey having died or suffered a tragedy, as the text messages were nothing more than misleading clickbait. The article falsely claimed Winfrey had personally endorsed keto weight loss gummies such as Keto Start ACV, Gemini Keto, Kwazi Keto Gummies, Slim Mediq Keto Gummies, Trim Life Keto + ACV Gummies, and perhaps others. It used both her image and likeness to sell the products. Winfrey did not endorse any of these keto weight loss gummy products, nor did she die or suffer a tragedy in early May 2022.

(Time) - In an insightful 1-on-1 interview, one of the world’s most prominent talk show host reveals how she forced Weight Watchers to create a transformational weight loss product the world has never seen before.

Gifted host, and business genius, Oprah Winfrey, made headlines after bringing the first ever “Weight Loss Gummy” to the market on live TV last week in memory of her heart failure just last year. Ever since Oprah was forced to lose 60 lbs due to her heart failure risk, Winfrey and her team have been working alongside the team at Weight Watchers to develop a better weight loss product that helps people quickly lose weight and keep it off for good.

Despite what's mentioned in the article, we found no evidence that Winfrey had suffered heart failure in 2021, nor did we find any data on Weight Watchers supposedly creating keto weight loss gummies. Both of these claims appeared to have been fabricated.

The article went on to make the baseless claim that the long-running program "The Oprah Winfrey Show" had been "canceled because the producers were not happy with" her "weight and appearance." It also claimed that Winfrey appeared on "The Ellen DeGeneres Show" to promote the keto weight loss gummies that had supposedly been created by Weight Watchers. This also was false.

The end of the page claimed that Winfrey herself was offering a "free" bottle of keto weight loss gummies to readers, whether that product be Keto Start ACV, Gemini Keto, Kwazi Keto Gummies, Slim Mediq Keto Gummies, Trim Life Keto + ACV Gummies, or another one. The article said, "The only thing you’ll need to pay for is the shipping rate, which is less than $6!"

However, we read through the terms and conditions pages for the various products, which were not easy to find. The fine print said that purchasing a "free" bottle of the keto weight loss gummies enrolled customers in a "trial," "program," or "subscription" that would eventually charge the full cost on a monthly basis. One product's terms and condition page said the charges would occur "every 30 days after the initial purchase."

In order to cancel a recurring order, customers would first need to contact the company to initiate the process. However, that might be a problem for anyone who opted for a "free" bottle of Kwazi Keto Gummies. In the terms and conditions for that specific product, it listed no phone number. The contact page on the Kwazi Keto Gummies website showed only this email address: care@buykwazi.com. Even worse, the area that was supposed to show the return shipping address was left blank, making it more difficult for people to get their money back: A package won't get very far without a shipping address.

We contacted Kwazi Keto Gummies to ask about the absence of the phone number and shipping address. Within minutes, the page with the fake Time.com article that used Winfrey's image and likeness changed to a fake keto endorsement from the cast of "Shark Tank," which we reported on before. It then switched to another scam page that claimed singer-songwriter Adele Adkins, better known simply as Adele, had also endorsed keto weight loss gummies. All of this was false.

In sum, no, there's no evidence that Winfrey suffered a "tragedy" or died in early May 2022, nor did she endorse keto weight loss gummies that had been created by Weight Watchers. All of this was misleading and false.