No, Oprah Wasn't Wearing an Ankle Monitor During the Harry and Meghan Interview 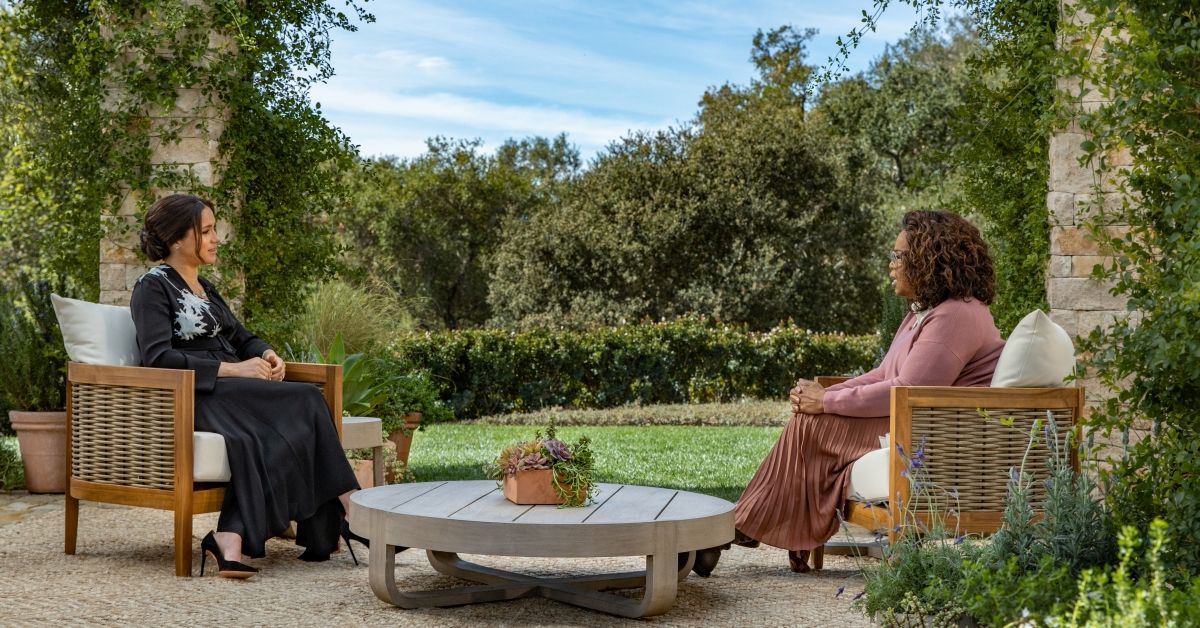 Claim:
Oprah Winfrey wore a GPS ankle monitor during her interview with Prince Harry and Meghan, Duchess of Sussex.
Rating:

Followers of the QAnon conspiracy cult frequently claim to see GPS-monitoring ankle bracelets on high-profile political figures and celebrities, and Oprah Winfrey is no exception. During Winfrey's bombshell interview with Prince Harry and Meghan, Duchess of Sussex, on March 7, 2021, some took to social media to report they believed they saw evidence that Winfrey was wearing one. Here's an example of one such post, with the user's name cropped out for privacy: As we have previously reported, QAnon followers generally believe that various Democratic legislators and A-list celebrities are part of a satanic, cannibalistic pedophile ring:

In general, QAnon believes [former U.S. President Donald] Trump is in the middle of a biblical war against a “deep state,” satanic cabal of baby-eating, child sex-traffickers led by prominent members of the Democratic party, entertainers who espouse liberal opinions, anybody who mentions “pizza,” and authoritative sources who relay credible information that may cast a negative light on the president. Proponents of this theory believe that one day soon the “storm” will come and Trump, with the help of an anonymous high-ranking military official known as “Q,” will round up members of the deep state, arrest them, and possibly have them executed.

The latter part of the above paragraph explains why QAnon followers believe so many famous people wear ankle monitors. The belief system prompts them to look for signs that those famous people are on the brink of mass arrest, as they wait, and wait, for the so-called "storm" of arrests and prosecutions to come.

But Winfrey wasn't wearing an ankle monitor, nor is she being GPS-tracked by a fictional "Q" character and a former president. She was wearing long, brown leather boots, and the bump that people saw was simply a crease in the material when she sat with her legs crossed.