"It's more scary with the lights on," read the TikTok comment with the most likes. 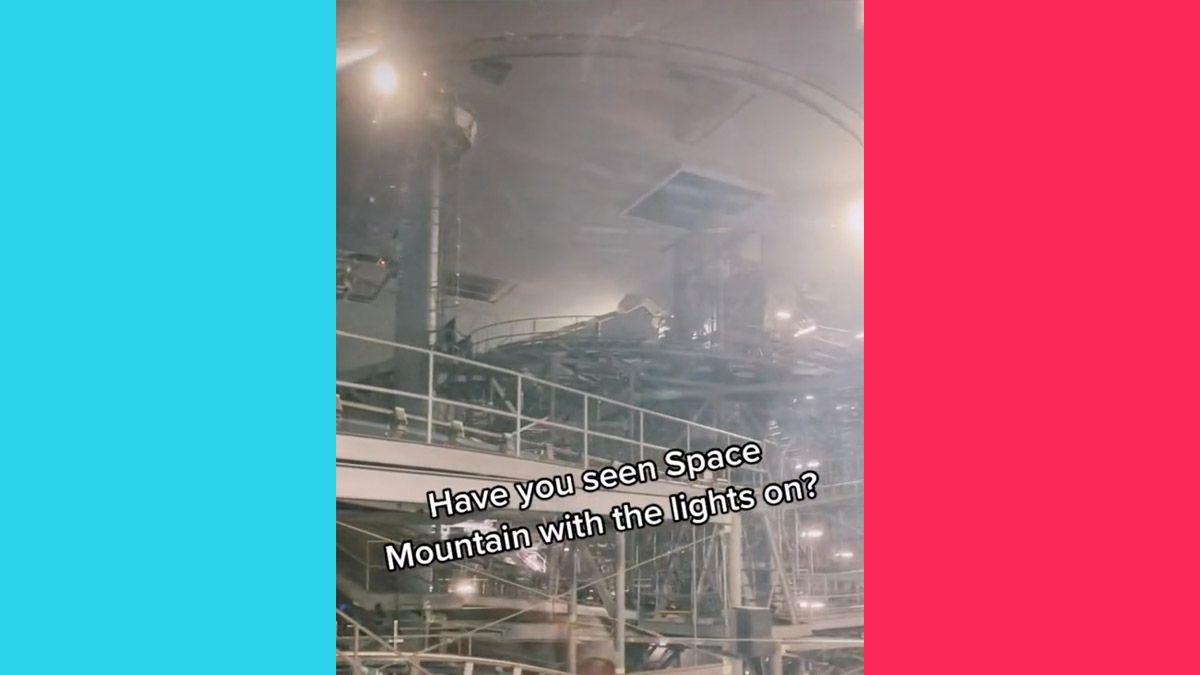 In late June 2021, Disney travel planner Shannon Kittner, also known as TikTok user @shannonkittner, recorded the experience of riding Space Mountain with the lights on. The video was shot at the Magic Kingdom at Walt Disney World Resort in Orlando, Florida. The ride usually takes place in the dark.

The top comment on the TikTok video said: "It's more scary with the lights on."

The video provided a glimpse at the large building where the ride is housed. While this might seem like a rare occurrence, some Disney fans perhaps know all too well that several of the rides at Disney's theme parks experience issues on what seems like a regular basis.

Readers interested in watching the full experience of Disney World's Space Mountain with the lights on can look no further than this clip on Theme Park University's YouTube channel:

Space Mountain can also be experienced with the lights on (if you're lucky) at Disneyland Park in Anaheim, California.

More Disney videos are available on Kittner's TikTok channel. According to the bio, Kittner manages Main Street & Beyond Travel Co., which can help with vacation planning to Walt Disney World Resort and other trips.

The official website for Disney World's Space Mountain describes the ride like this: "Blast off on a rip-roaring rocket into the furthest reaches of outer space on this roller-coaster ride in the dark."

Zoom Through the Galaxy

Dip and careen into the inky blackness as a futuristic soundtrack echoes all around you. Fly past shooting stars and celestial satellites. Roar past streaking orbs of light, wayward comets and migrant meteors. Feel the pull of gravity as you’re drawn into a swirling wormhole!

Space Mountain has been a Disney World fan favorite since the thrill ride opened at the park in 1975.

To experience Space Mountain with the lights on is something that can usually only happen with a stroke of luck. However, if luck is going to come one's way, it may as well happen at "the most magical place on earth."