According to TikTok comments, the "secret brick" was repaired with "fresh cement" after it appeared in popular videos. 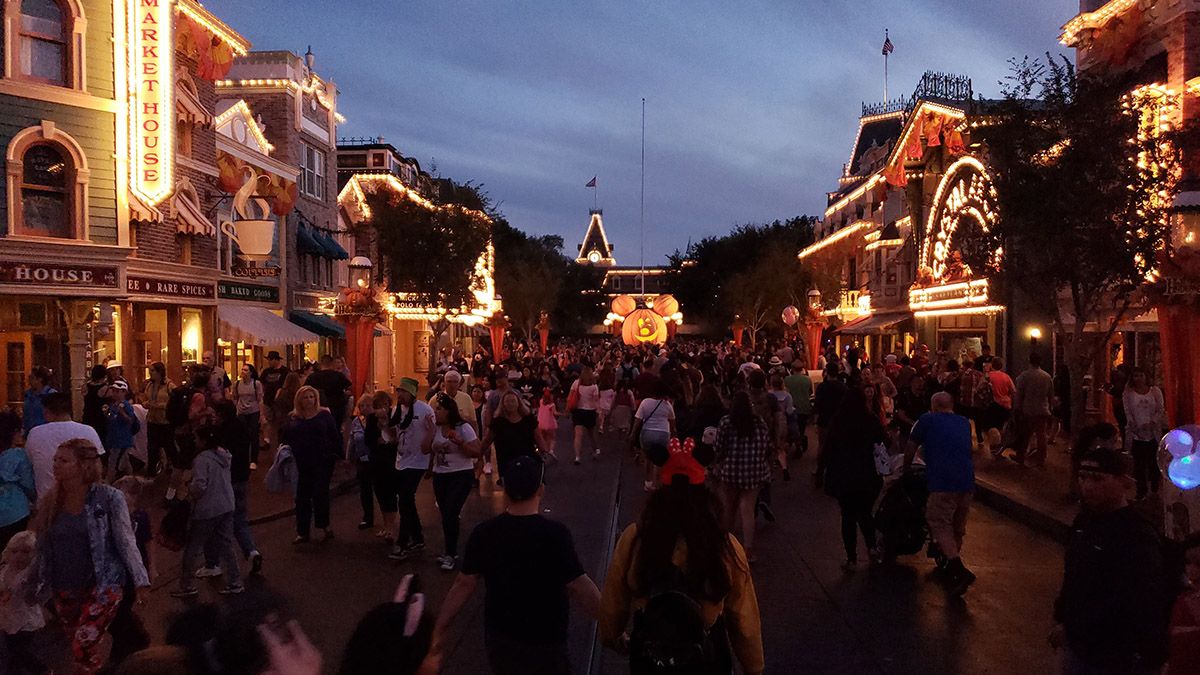 Situated near the front of Walt Disney's first-ever theme park in Anaheim, California, is Main Street, U.S.A., where Disney invites park guests to "explore a charming world brimming with turn-of-the-century nostalgia." Park-goers prancing past shops and restaurants on this special street in Disneyland might have been unaware of a "secret brick" right beneath their feet.

Since at least December 2020, TikTok users have liked, commented on, and shared a public video about the brick. It was posted by self-described "fellow Disney enthusiast" @disneybydevon and has been viewed more than 100,000 times.

Under the brick, Disney Parks fans were said to have traded pressed pennies, notes, photographs, and other fun items.

The Story of the 'Secret Brick'

The "secret brick" at Disneyland may not have been a secret for too long after the initial video received so much engagement. Not only did the videos we found receive a fair number of views, but they also were commented on by people who claimed to be Disney cast members (employees). Others tagged @disneyparks to see if the official Disney Parks TikTok account took notice.

In December 2020, @disneybydevon posted a green screen video and pointed out the location of the "secret brick."

In the video, her mention of "you know this guy" was talking about a Native American statue near the special brick.

Guys, come in a little closer for a Disney storytime, ok, but you have to keep it on the [downlow], ok? You've gotta keep this between me and you. I don't want to get it fixed, ok?

So, Disneyland. You know this guy. You love this guy. But what you might not know is right next to him right here is what I like to call "secret brick." Why is it called "secret brick"? Because that brick isn't fully cemented down. So you can actually remove it.

What I like to do is leave a little note or sometimes I will leave two quarters and a penny so you guys can have a pressed penny, and I know that others know about it because I've seen little messages and notes too, so.

It's right here. It's a little moveable. It kind of sticks out a little bit. But you have to keep it on the [downlow], ok? This is one of my favorite little Disney secrets. It's a fun little way to brighten up somebody's day if they're in the know. And it was absolutely amazing to see somebody do this the first time, so keep it on the [downlow]. When we all go back, we're going to do that, ok?

Disneyland was closed due to the COVID-19 pandemic at the time that the "secret brick" video was posted in December 2020.

On June 16, 2021, @disneybydevon visited Disneyland and posted another video about the "secret brick." It appeared to have been recorded on June 14.

In the new video, which was viewed close to 100,000 times in less than two days, she asked: "Can you guys keep a secret?"

She then showed the location of the brick and appeared to pull it up. Underneath, she found a photo, pressed pennies, and several leaves. She then added a special note and 51 cents so that someone else could make a pressed penny. Disney Parks officially refers to pressed pennies as "elongated coins" and "coin press machines."

While some TikTok users claimed the brick was fake and that the video contained trickery, we noted that several other commenters said they had known about the brick in the past. For example, @haileyselia checked the brick and noted that it was empty about 1-2 days after @disneybydevon's visit. TikTok user @charleebrook also said: "I looked in it and nothing was in there."

On June 16, the day after these comments, @blimaland claimed that "they already fixed it" and that the brick had "fresh cement around it." Another person, @null_883, said: "It's repaired now." If any readers visit the park and would like to confirm, feel free to drop us a line.

According to The Disney Buff blog, the Native American statue next to the Disneyland "secret brick," dubbed by others as a "cigar store Indian," was purportedly a relic of Disneyland's past. "The happiest place on earth."

A similar Native American statue is also part of Magic Kingdom at Walt Disney World Resort. However, according to a photograph the statue is not situated above bricks like it is in Disneyland. Thus, we were unable to find any information about a similar brick on Main Street, U.S.A. in Orlando, Florida.

After the hundreds of thousands of video views that the videos have received over the course of six months, it's likely that Disneyland's "secret brick" has been repaired, as noted by commenters.