For years, blogs and videos have claimed that Disney World guests would "never" see mosquitoes inside "the most magical place on earth" because of mosquito control. 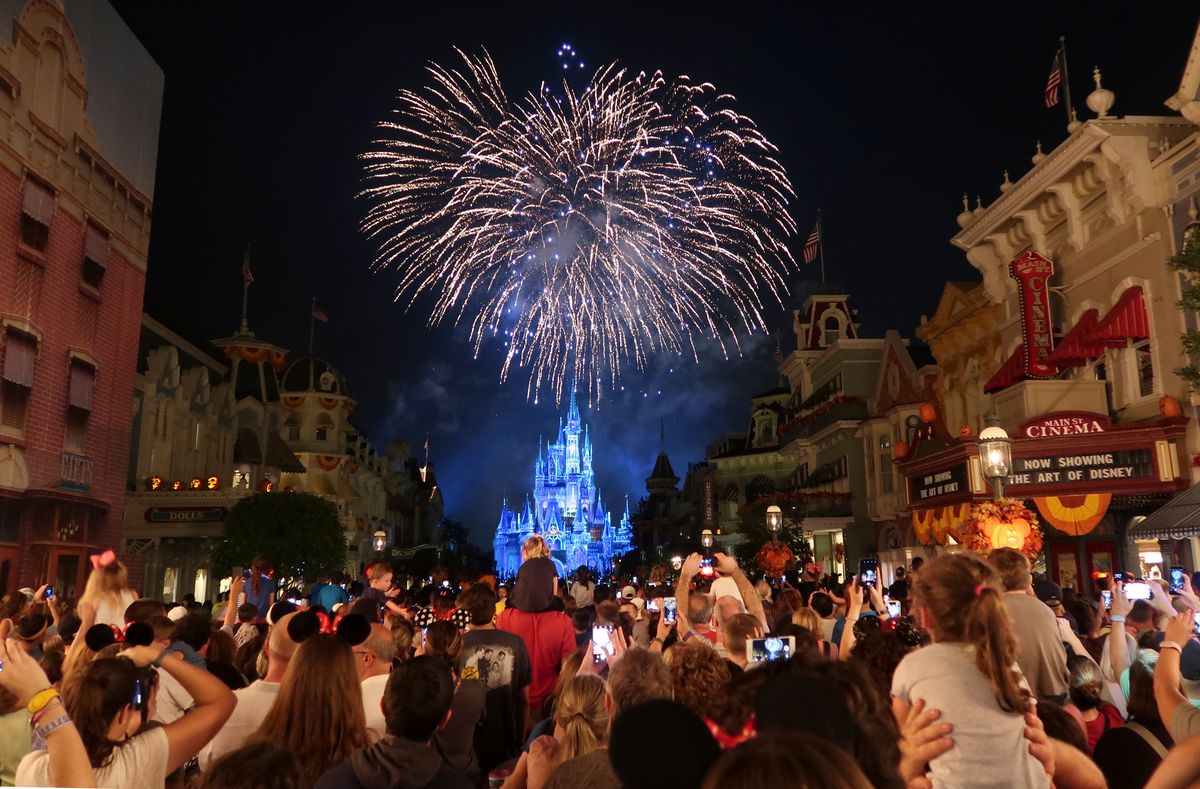 Claim:
There are no mosquitoes at Disney World.
Rating:

It's true that Disney World said it has a "full-service" mosquito control program. However, for years blogs and Reddit threads promoted the greatly exaggerated claim that guests would "never" see mosquitoes at the park.

Over the years, various headlines and Reddit threads have claimed that "no mosquitoes" can be found at Walt Disney World Resort because of mosquito control. Some have even said that park guests would "never" encounter them.

Certain rumors about Disney have a way of continuing to spread like legends for decades, such as the idea that Walt Disney was frozen after he died.

We even noticed paid online advertisements that made the strange claim, both next to news articles and on Twitter. One claimed: "Genius Reason Why Disney World Has No Mosquitoes." Another said: "The Ingenious Reason There Are No Mosquitoes At Disney World." These misleading ads have been circulating online since at least 2020.

It's true that Disney World stated that it has "an extensive mosquito prevention and monitoring program" to control the population. It even provides complimentary insect repellent. From a number of personal anecdotes found online, it appeared that the company does do an effective job of reducing the number of mosquitoes on the property.

However, the claims that guests would see "no mosquitoes" and "never" encounter any were greatly exaggerated.

'I Get Eaten Alive'

We noticed a handful of comments from past Disney World guests who said that they didn't receive any mosquito bites. However, this does not prove that there are "no mosquitoes" on the property.

On the flip side, we easily found quite a few stories from people who previously visited Disney World and received mosquito bites.

In one Reddit post, a commenter said: "My husband gets a lot on his ankles and calves."

Another person wrote: "We did get a couple of bites from them at Animal Kingdom."

"I get eaten alive every time I watch Illuminations at Epcot," said u/onestraypea. "A few years ago I had 17 bites, while my husband and daughter each had none."

Reddit user u/lukin5 added: "It's not bad during the day, but as soon as that afternoon storm subsides, they come to party. Bring the Off [bug spray] for a good 5:00 p.m. application and you should be good to go." Crowd of people gathering for the fireworks show in front of the Cinderella castle at Walt Disney World. (Photo by Roberto Machado Noa/LightRocket via Getty Images)

"'Almost no mosquitoes.' I'm calling bullshit," u/Theminingdwarf said. "My family went down there one summer and we all got bit to hell. Get this Disney propaganda outta here."

We also found Facebook comments from June 2021 with Disney World guests providing information about their mosquito bites. For example, one commenter said: "They have a lot of prevention but it’s all outside and they do still exist. I’ve gotten mosquito bites at Disney even just this year. Just not that many."

Another Facebook user commented: "I’ve never had an issue with mosquitoes there until this last trip, last month. We all had bites!"

Another added: "I got mosquito bites while I was there lol."

There were too many reports of mosquitoes in Disney World to detail.

Disney World's past struggles to control the mosquito population have spanned decades.

In 1990, the South Florida Sun-Sentinel reported that Disney was "worried about encephalitis-bearing mosquitoes." At the time, they moved some resort activities indoors and that "extra spraying hours" had been scheduled.

In 2002, the Orlando Sentinel reported that Disney was engaged in a "stealth battle" to "keep West Nile [virus] carriers from guests."

"Disney World has a full-service mosquito control operation and even its own 'skeeter stalker' — Eric Elbert," the newspaper published.

Every day, Elbert buttons his Oxford shirt tight at the neck and sleeves and goes into the swamps to set and retrieve traps, then back to his lab to produce the equivalent of a behind-enemy-lines warfare scouting report. He details where mosquitoes are hatching, their concentrations, their movements, and their diseases. Then he goes home. Killing [is] left to others, who perform the task without mercy.

Protecting 38 million vacationers a year from disease-carrying mosquitoes in 30 square miles checkered with swamp is like raising free-range chickens on an African savanna filled with starved jackals.

"Our guests come to Walt Disney World to escape the realities of life, and getting bit by mosquitoes isn't conducive to that," Disney spokeswoman Rena Callahan said. "We work very hard to make sure that our guests have a comfortable experience and fun time."

But Disney can't kill all the pests, and so must tread a fine line.

The story also mentioned that the pesticides that are sprayed simply "reduce" the threat.

Instead of spraying the pesticides near the parks to control the mosquito population, "Disney World wages its battles along 86 miles of canals, service roads, firebreaks, power lines, fields, and fences." It did not specify the two pesticides that were used at the time, but it did add that they were both "considered safe by state and federal environmental authorities."

In sum, it's true that Disney World goes above and beyond with its program to keep mosquito numbers down on its property. However, this does not mean that guests will see "no mosquitoes," nor does it mean they'll "never" spot one, as claimed by a number of blogs and YouTube videos.

We reached out to Walt Disney World Resort to ask more about its mosquito control program and will update this story should we receive further details.