Facebook users shared links to paid ads that claimed "allegations" against Dolly Parton had been "confirmed" and that she had endorsed CBD gummies. 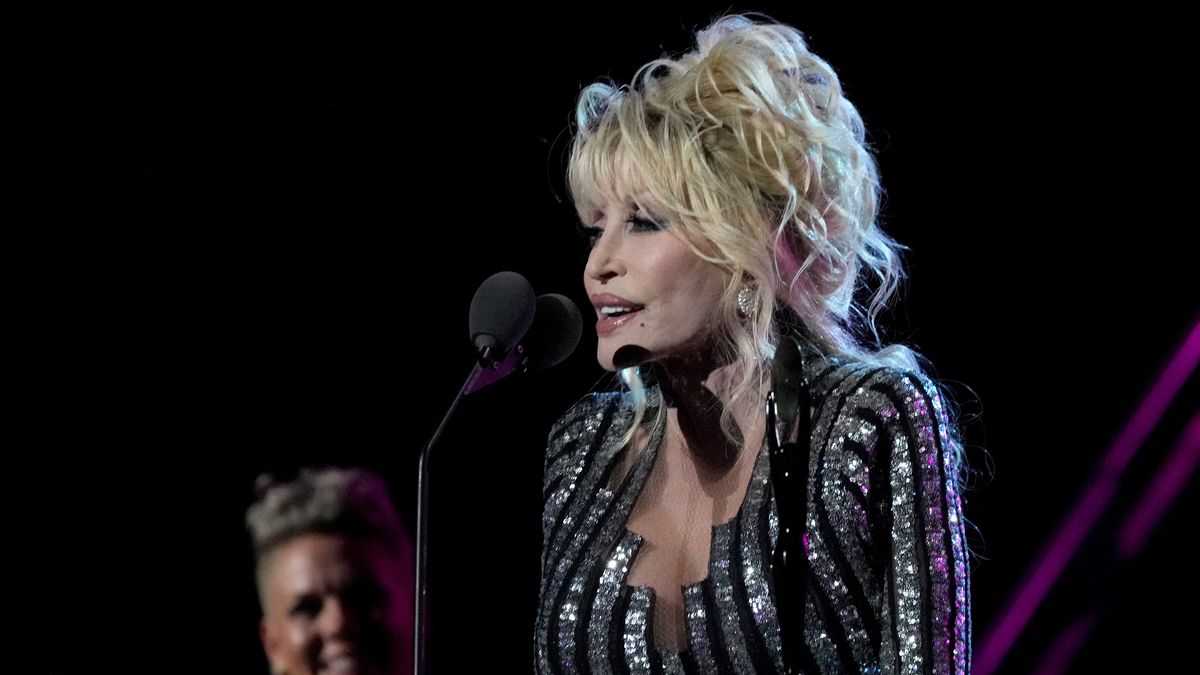 In December 2022, we were asked by readers about Facebook ads that mentioned purported "allegations" against country superstar Dolly Parton having been "confirmed." The ads, which mentioned Parton by name and featured pictures of her, led to articles that claimed she had endorsed CBD gummies that could "reverse dementia."

However, all of this was false. No allegations were revealed after clicking the ads, and she never endorsed CBD gummies. 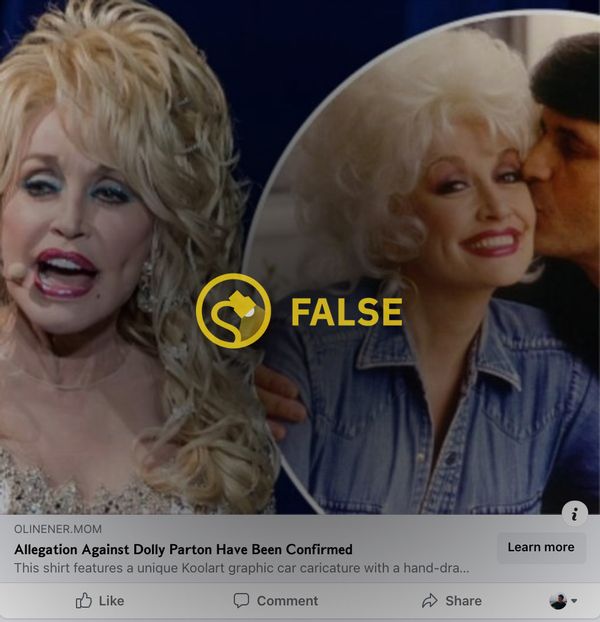 A simple search of Facebook showed that scammers were using Parton's image and likeness without authorization. 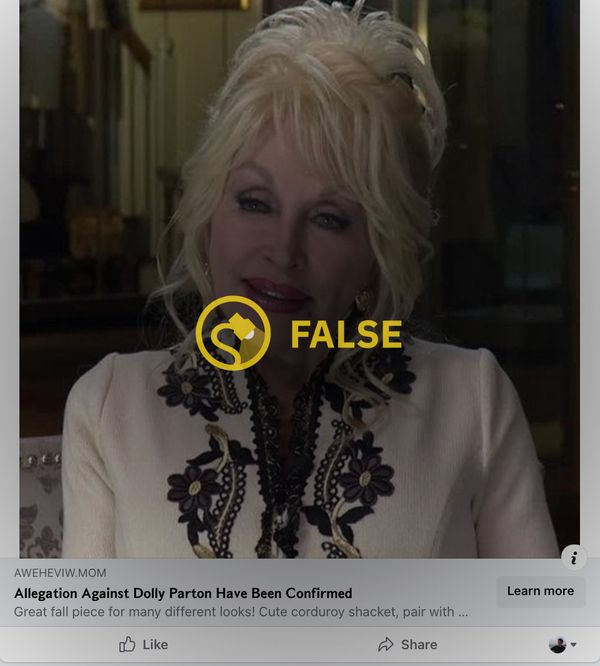 All of the Facebook ads showed the false headline, "Allegation Against Dolly Parton Have Been Confirmed." (The word "allegation" was singular, but likely was meant to be the plural form, "allegations.") 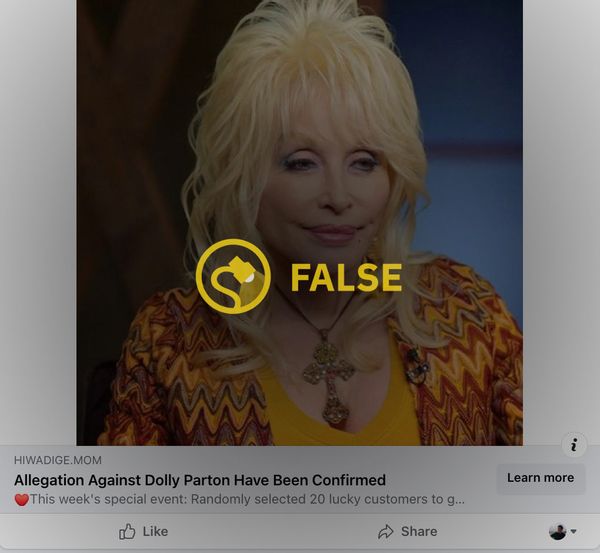 The ads led to websites that had been created by scammers to look just like FoxNews.com, apparently with the goal of convincing people that Parton had added her stamp of approval to various CBD gummies products. Again, she never endorsed CBD gummies. 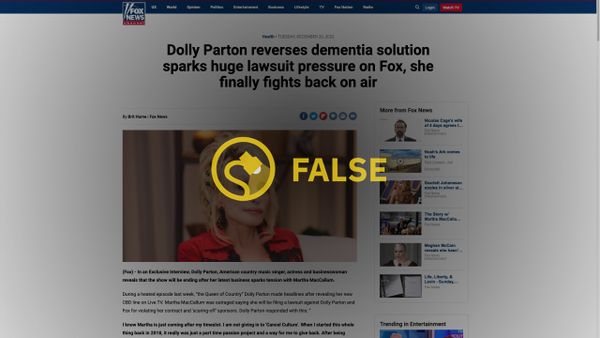 The scammy article was hosted on several websites that had recently been registered on namesilo.com in either November or December 2022. All of them were .mom domains.

Scammers copied the page design from FoxNews.com and created new .mom websites with the same look, all to fool readers into believing they were reading the news organization's official website. In reality, Fox News had no involvement with this scam.

All of the .mom websites used an inline frame (iframe) to hide the fake FoxNews.com article from anyone trying to access the article outside of a link clicked on Facebook. Instead, the page showed a fake online store for clothing (example) or other items, which was a failed attempt to mask the scam from anyone attempting to investigate the activity.

The headline in the article read, "Dolly Parton reverses dementia solution sparks huge lawsuit pressure on Fox, she finally fights back on air."

(Fox) - In an Exclusive Interview, Dolly Parton, American country music singer, actress and businesswoman reveals that the show will be ending after her latest business sparks tension with Martha MacCallum.

During a heated episode last week, "the Queen of Country" Dolly Parton made headlines after revealing her new CBD line on Live TV. Martha MacCallum was outraged saying she will be filing a lawsuit against Dolly Parton and Fox for violating her contract and 'scaring-off' sponsors. Dolly Parton responded with this:

"I know Martha is just coming after my timeslot. I am not giving in to 'Cancel Culture'. When I started this whole thing back in 2018, it really was just a part time passion project and a way for me to give back. After being given so much, I figured there was no better time to make [these] CBD Gummies available to everyone, as it can help thousands of people experience life pain-free and live much happier lives."

Dolly Parton eventually admitted that although Martha MacCallum is enraged, other Fox hosts has been supportive of her. Tucker Carlson even went on Live TV to say that: "[This line of] CBD Gummies has completely changed my life and it's clear that MacCallum is attempting a Coup."

According to the scammy and completely fictional article, Parton endorsed a CBD gummies product that could "reverse dementia," and she was even giving out free samples. None of this was true.

Parton was far from the first celebrity to have her image and likeness used without permission for CBD and keto oil and gummies scams. For example, in the past, we reported on similar scams that featured "Jeopardy" host Mayim Bialik, Food Network TV host Ree Drummond, country music singers Blake Shelton and Reba McIntire, actors Tom Selleck and Keanu Reeves, and many more.