Typically, current or former politicians send the opposite message to voters. 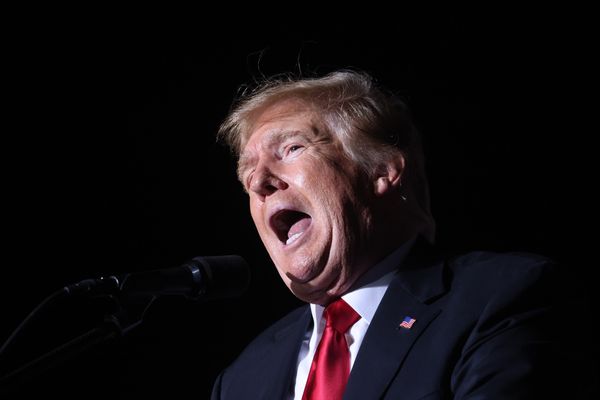 The directive was contingent on whether or not "we ... solve the Presidential Election Fraud of 2020," referring to the repeatedly debunked conspiracy theory that illegal voting helped Joe Biden win the presidency.

The thread included a link to an article on The Daily Beast that cited a statement from Trump supposedly issuing the directive.

That statement was authentic, confirming the claim of this fact check is true. By going to donaldjtrump.com — the website where, after his suspension from mainstream social media sites, Trump lists his political goals, solicits donations, and posts statements in response to current events — Snopes found the below-displayed message: In other words, it was true that Trump on Oct. 13 told Republicans to withhold their votes in the 2022 midterm and 2024 presidential elections "if we don't solve the Presidential Election Fraud of 2020." That ultimatum was referring to the repeatedly debunked conspiracy theory that Democrats had coordinated a grand scheme to illegally hike voter tallies or conceal ballots to undermine Trump's reelection.

Nonetheless, considering the indisputable evidence on Trump's website that he told supporters to sit out the upcoming elections, we rate this claim "True."