"I may even decide to beat [Democrats] for a third time," the former U.S. president said at the 2021 Conservative Political Action Conference (CPAC). 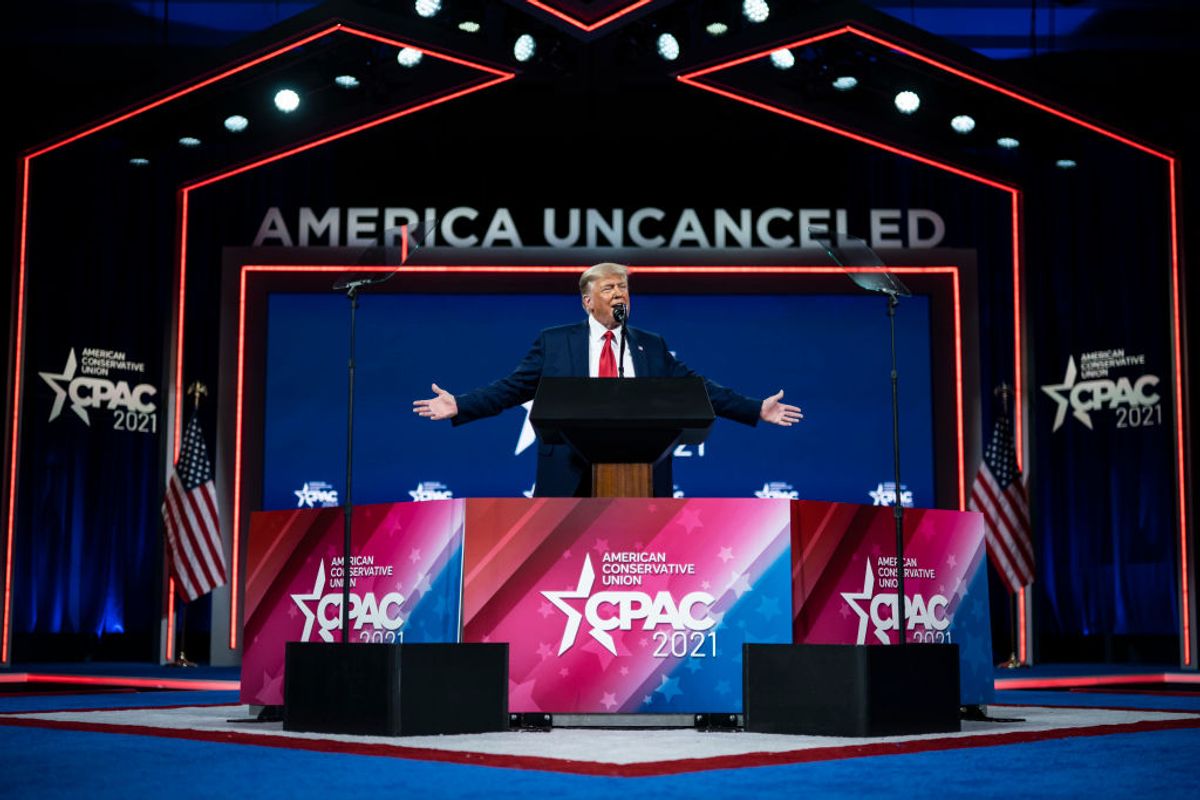 Afterwards, some viewers interpreted his remarks to include an announcement of a 2024 presidential campaign following his loss to Democratic U.S. President Joe Biden in 2020. Specifically, Trump attempted to convince the crowd that his opponents coordinated an illicit scheme to push him out of the White House — when, in reality, Biden secured the job because more Americans in battleground states voted for him instead of Trump.

And mixed with the lies and vitriol were remarks that teased the possibility of a 2024 Trump presidential campaign. For example, after about 16 minutes on stage, the former president said, according to CSPAN's video recording and a transcript of the event:

At other points, he pointed to Biden's track record as alleged evidence of Americans' voting for a Republican candidate next election. “And I wonder who that will be,” he said. “Who, who, who will that be? I wonder.”

Shortly after the speech, Trump told a reporter with Newsmax, a media outlet popular among his supporters, that while he doubts anyone could beat him if he decided to launch a presidential campaign again, "I haven't decided to do that." In other words, Trump did not use the CPAC stage -- nor any other platform -- to announce plans to run in 2024, as of this writing. And in at least one interview he confirmed that he had not made up his mind on whether to place another bid for the White House.

Furthermore, no email to supporters soliciting donations, merchandise on TrumpStore.com, or page on his official website said he was running again or advertised "Trump 2024" products. (Other retailers are selling such items, similarly to how his supporters are sporting "Patriot Party" memorabilia even though the Trump campaign attempted to distance itself from the name.)

In sum, while his statements at the conference purposefully left the door open to the possibility of a 2024 Trump campaign, Trump did not officially announce one. For that reason, we rate this claim "False."