Shortly after Democrat Raphael Warnock was announced a winner, Trump spread the conspiracy theory on Twitter. 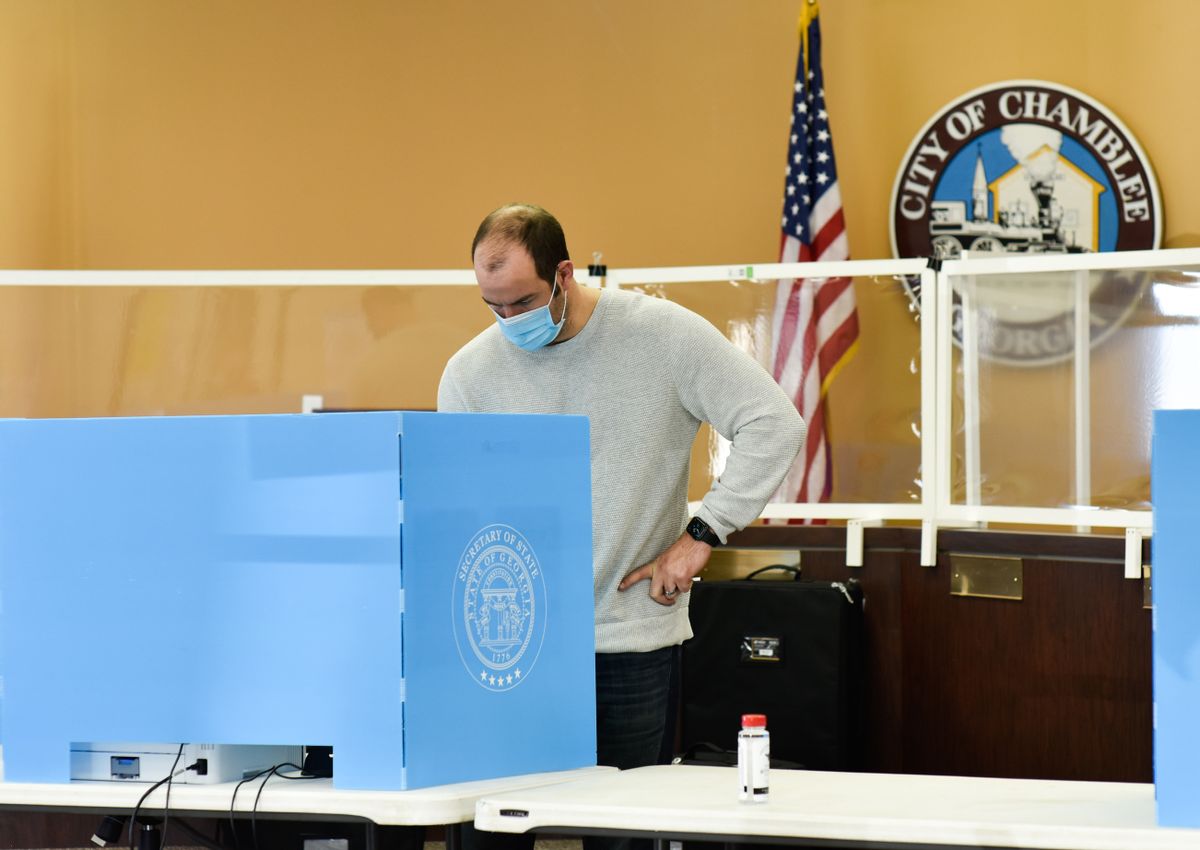 Shortly after Democrat Raphael Warnock was announced the winner of one of Georgia's two Senate runoff races on Jan. 6, 2021, putting the Senate majority within the party's reach, U.S. President Donald Trump attempted to cast doubt on the integrity of the election by claiming poll workers mysteriously uncovered 50,000 ballots overnight. He said in a tweet:

They just happened to find 50,000 ballots late last night. The USA is embarrassed by fools. Our Election Process is worse than that of third world countries. The post was part of the president's long-spanning misinformation campaign (including the above-displayed tweet) to convince Americans of an illicit, coordinated scheme by Trump's political enemies to undermine him, even though nothing of the sort was taking place.

As was the case then, Georgia voters' heavy reliance on mail-in voting instead of in-person polls — to reduce the risk of catching COVID-19 — increased the chances of voting results shifting significantly late at night, as poll workers counted more ballots. That phenomenon was not a result of a conspiracy against Trump, but rather a product of a Georgia law that prohibits poll workers from counting any ballots until after polls close.

The Associated Press reported on Jan. 4, the day before the special election:

Absentee ballots must be received by the close of polls to be counted. Military and overseas ballots postmarked by Tuesday and received by Friday will be counted, and absentee voters also have until Friday to fix any problems so their votes can be counted.

No ballots, including absentee ballots received in advance of Election Day, can be counted until the polls close. [...]

In a close contest, look for the Republican candidate to jump out to an early lead. That due to two factors: First, Republican areas of the state usually report their results first. Second, Republican voters have been more likely to vote in person, either on Election Day or during the early voting period. Many counties release those in-person results first.

In regards to the president's assertion regarding a "dump" of 50,000 ballots to supposedly undermine Republican candidates Sens. Kelly Loeffler and David Perdue, specifically, Snopes found no evidence to support the allegation of voter fraud, and Georgia election officials refuted such claims.

"Election Day for the Georgia Senate runoffs has progressed with few issues and almost nonexistent wait times," the Georgia Secretary of State said in a news release.

Below is our evidence for that conclusion.

Just hours after polls closed, some elections officials statewide finished processing and tabulating ballots, and the public learned which candidate received the majority of votes in those counties. Meanwhile, ballot counting in other precincts remained ongoing.

It’s still early, but Republicans are increasingly antsy about their chances. Early returns are showing U.S. Sen. Kelly Loeffler and David Perdue underperforming in important GOP strongholds in rural areas and the exurbs.

And turnout in Democratic bastions is nearing November general election levels in some left-leaning rural counties that have already reported most of their results.

By 11 p.m., the newspaper said, election workers had tallied more than 300,000 votes, and only a small number of precincts were outstanding. Shortly afterwards, as Atlanta's DeKalb County uploaded its voter tallies, some news outlets, including Vox, declared Warnock the winner. He led Loeffler by about 37,000 votes, with 97% precincts reporting, according to the AJC.

"Of the outstanding votes left to count, many were expected to come in from Democratic strongholds in DeKalb and Fulton counties," the newspaper reported.

At 12:49 a.m., NBC was the first major news network to announce Loeffler had no statistical chance of overcoming Warnock's margin of victory. National news outlets including The Associated Press, CNN, and ABC News quickly followed suit. At 2 a.m. the AJC reported Fulton County election officials were calling it a night and preparing to count the last rounds of ballots in the morning. In all, about 25,000 mail-in ballots remained uncounted across the state, with the bulk in the Atlanta metro area, according to preliminary estimates from the Secretary of State’s office.

In other words, voting spikes occurred over the course of hours, late at night, for predictable reasons. Counting in multiple Democratic strongholds, as well as several smaller and more conservative-leaning counties, resumed by 6:45 a.m. on Jan. 6, according to the newspaper.

Shortly after the president's tweet about poll workers nefariously "finding" 50,000 ballots, Gabriel Sterling, a Republican who oversees voting systems for the secretary of state’s office, highlighted evidence showing typical voter returns based on the state's estimated number of absentee voters. He said in a tweet:

No Mr. President, there weren’t “found” ballots. We have known the number of advanced votes since this weekend. We saw record Election Day turnout. As of Monday 970,000 absentees had been accepted. 31k more were added in yesterday’s totals. That leaves 60k that came in yesterday. In sum, considering Sterling's direct refutation of Trump's claim, as well as the fact that no evidence exists to prove the president's conspiracy theory about 50,000 ballots, and all proof showed predictable vote-counting processes in the early morning hours of Jan. 6, we rate this claim "false."