"This is going to be a nightmare that'll be very funny before it's scary," NBC News senior reporter Ben Collins tweeted. 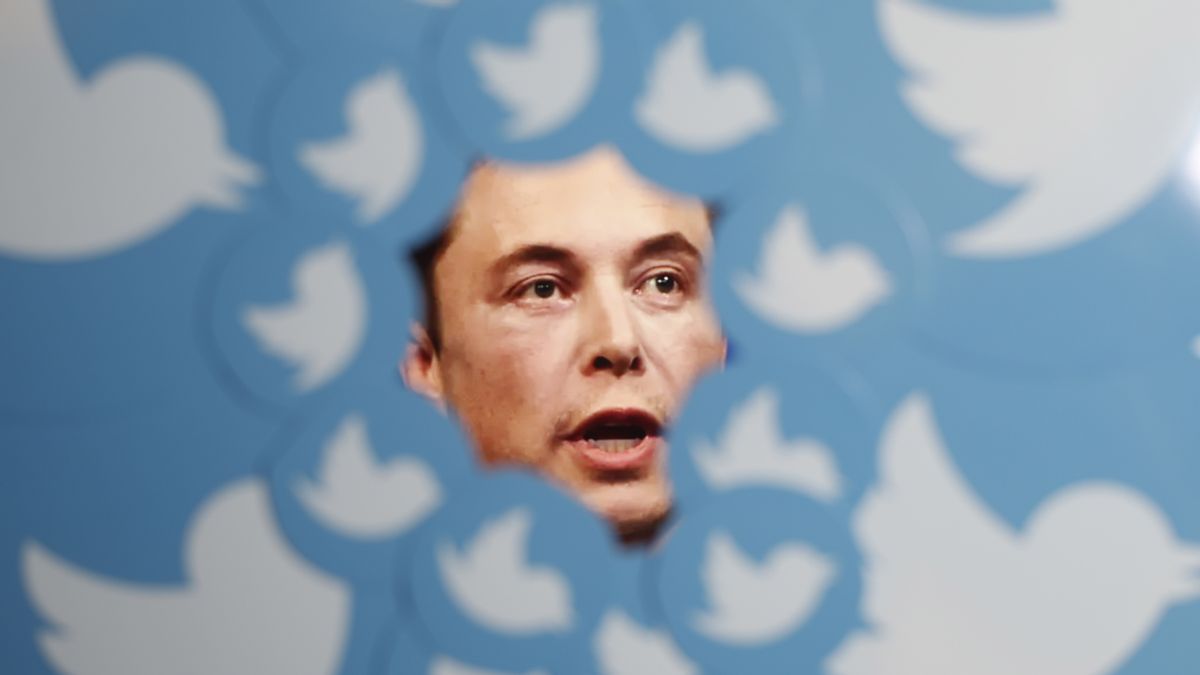 On Nov. 9, 2022, Twitter saw a flurry of brand new accounts being created that were quickly followed by purchases of the company's new offering of a checkmark badge for $8. Users initially created these new accounts to impersonate various figures in the sports world, with bios that said they published "parody."

Before Elon Musk bought the social media platform, the "blue checkmark" trust signal was previously only doled out by the platform if an account met certain criteria and was verified to be who they said they were. However, as of the day after election night, it appeared to have become, according to one user, a "free-for-all hellscape."

One account that appeared to be LeBron James' official Twitter presence announced he was being traded away from the Los Angeles Lakers. Another account pretending to be Edmonton Oilers captain Connor McDavid also posted he had been traded. An account bearing the image and likeness of ESPN analyst Adam Schefter reported that Las Vegas Raiders head coach Josh McDaniels had been fired. However, again, these were all impersonation accounts that published these tweets with a "parody" label in their Twitter bios, meaning that none of the news was true.

As the day wore on, more fakes appeared.

First, there was conservative commentator Ben Shapiro, whose image and likeness were used on a new account with the handle @dBenShapiro. "Matt Walsh won't stop calling me and talking about genitalia," one tweet on the parody account read, which referred to Shapiro's colleague at The Daily Wire as well as the presenter in the documentary, "What Is a Woman?" This fake Shapiro account was active for several hours and was not suspended until later in the day.

Musk previously said that he would "permanently suspend any account on the social media platform that impersonates another," according to The Associated Press.

Nintendo of America's official Twitter presence tweeted some odd images of Mario from Super Mario, including one where he gave the middle finger, or did they? The handle @nlntendoofus was another parody account, which was soon suspended, but not before its tweets were spread far and wide across the social media platform.

Former New York City Mayor Rudy Giuliani's image and likeness were also used on an account named @RudyGiulianiESQ. The account's tweets were available for at least an hour, according to this screenshot. Giuliani previously served as a lawyer for former U.S. President Donald Trump. The account was not new, according to @mmasnick.

Valve Software, best known for creating the video game series' "Half-Life," "Portal," and "Team Fortress," was also impersonated on the handle @valvesotfware. However, in this case, the account was years old and had simply bought a checkmark badge in order to make an example of how Musk's new $8 idea might not be going so well.

The @valvesotfware user was soon suspended by the platform, even though the account was not new and had tweeted a message highlighting the problematic nature of the new Twitter offering.

Musk's image and likeness had also been used a seemingly endless number of times in various impersonation accounts that, again, showed checkmark badges.

A user in control of one such account named @elon_rmusk, which also has since been suspended, had tweeted, "Starting today we'll begin offering Twitter Gold: a free subscription that gets you yearly family vacations and nightly dinners with me. If your name is Grimes. Please come back. I love you." The parody tweet referenced Grimes, Musk's ex-girlfriend.

These fakes were certainly just the tip of the iceberg. It remains to be seen if the new paid checkmark badge feature stays available for purchase on Twitter, or if it's removed or changed. After all, earlier the same day, Musk had tweeted, "Please note that Twitter will do lots of dumb things in coming months. We will keep what works & change what doesn't."

For a parting thought, NBC News senior reporter Ben Collins tweeted his thoughts about the initial slew of checkmark impersonators.

"They're banking on the fact that their moderation team will catch up to every single account impersonating someone — even if that person is impersonating a no-name government official," Collins posted. "This is going to be a nightmare that'll be very funny before it's scary."

Previous Article
Next Article
Article 4 of 7 in Collection