"We are excited to announce insulin is free now," the parody account with a checkmark badge tweeted. 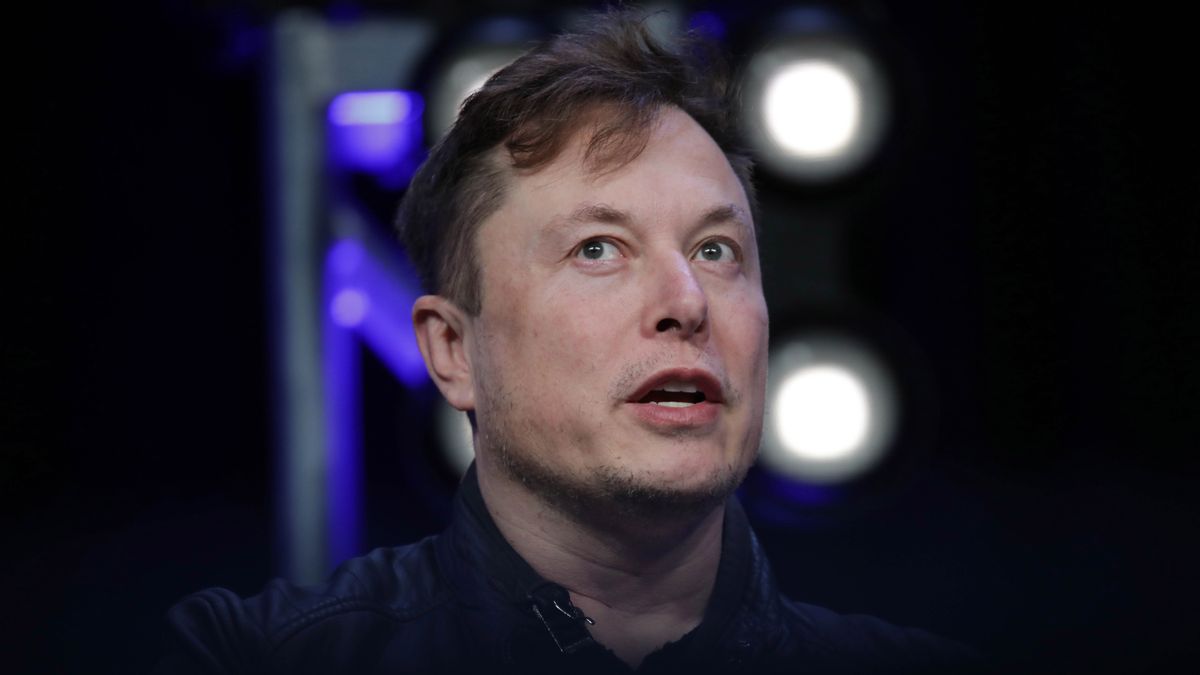 On Nov. 10, 2022, a Twitter account with a "verified" checkmark badge and a display name of "Eli Lilly and Company" tweeted, "We are excited to announce insulin is free now." The account's handle was @EliLiIlyandCo. However, this was nothing more than a parody account, as its bio clearly said. 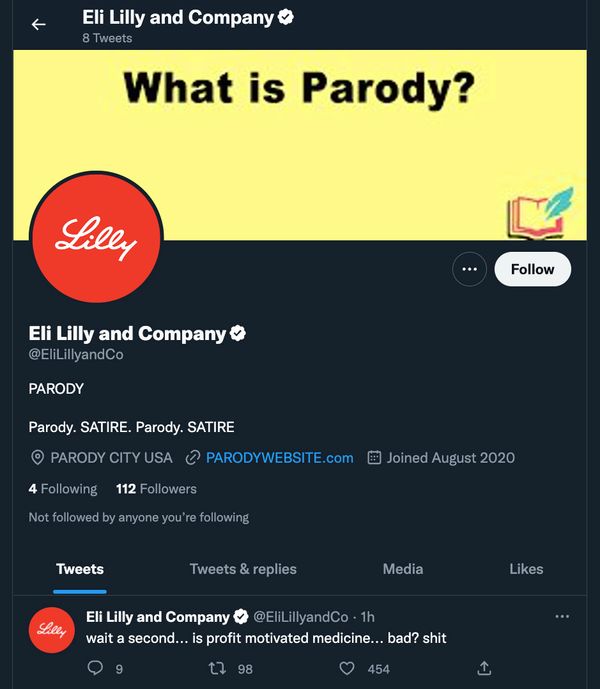 The message was engaged with tens of thousands of times. At last check, it was nearing 20,000 combined reweets, quote tweets, and likes.

If readers were to pretend for a moment they were in the pre-Elon Musk era of Twitter, before the Tesla CEO bought the company, the message would be spectacular news to those who need the hormone. After all, the account was "verified," right?

But in the beginning of Musk's reign, "verification" was not what it used to be on Twitter, as many satirists had already shown. The satirists created a seemingly endless number of fake accounts that impersonated various personalities and companies. The storm of fake accounts came after Musk announced that the social media platform would begin allowing anyone with $8 to receive a checkmark badge. The "blue checkmark" trust signal was previously only doled out by the platform if an account met certain criteria and was verified to be who they said they were.

After the parody tweet had remained available for several hours, Eli Lilly and Company tweeted a brief statement on its real account, @LillyPad.

Later in the day, a context label appeared under the tweet to let people know it was an impersonation account. The Eli Lilly and Company logo was also removed from its profile picture. 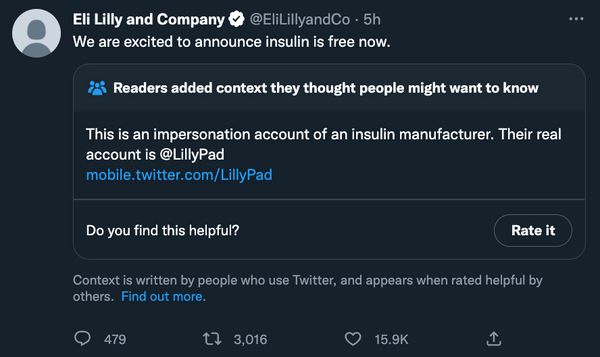 Users can confirm whether a Twitter account purchased a "verified" checkmark by clicking on it. If the checkmark says that "it's notable in government, news, entertainment, or another designated category," then it truly has been verified.

Clicking on accounts that have paid $8 to receive a checkmark are marked with a different label that reads, "This account is verified because it's subscribed to Twitter Blue."

On the day before all of this went down, Musk had tweeted, "Please note that Twitter will do lots of dumb things in coming months. We will keep what works & change what doesn't."

We previously reported about quite a few other "verified" parody accounts, including ones that impersonated LeBron James, Rudy Giuliani, and Ben Shapiro, to name a few.

Previous Article
Next Article
Article 3 of 7 in Collection