'Wrap Foil on Doorknob When Alone' Is Misleading Clickbait

If an online ad hints at placing a household object where it doesn't normally belong, it's probably nothing more than misleading clickbait. 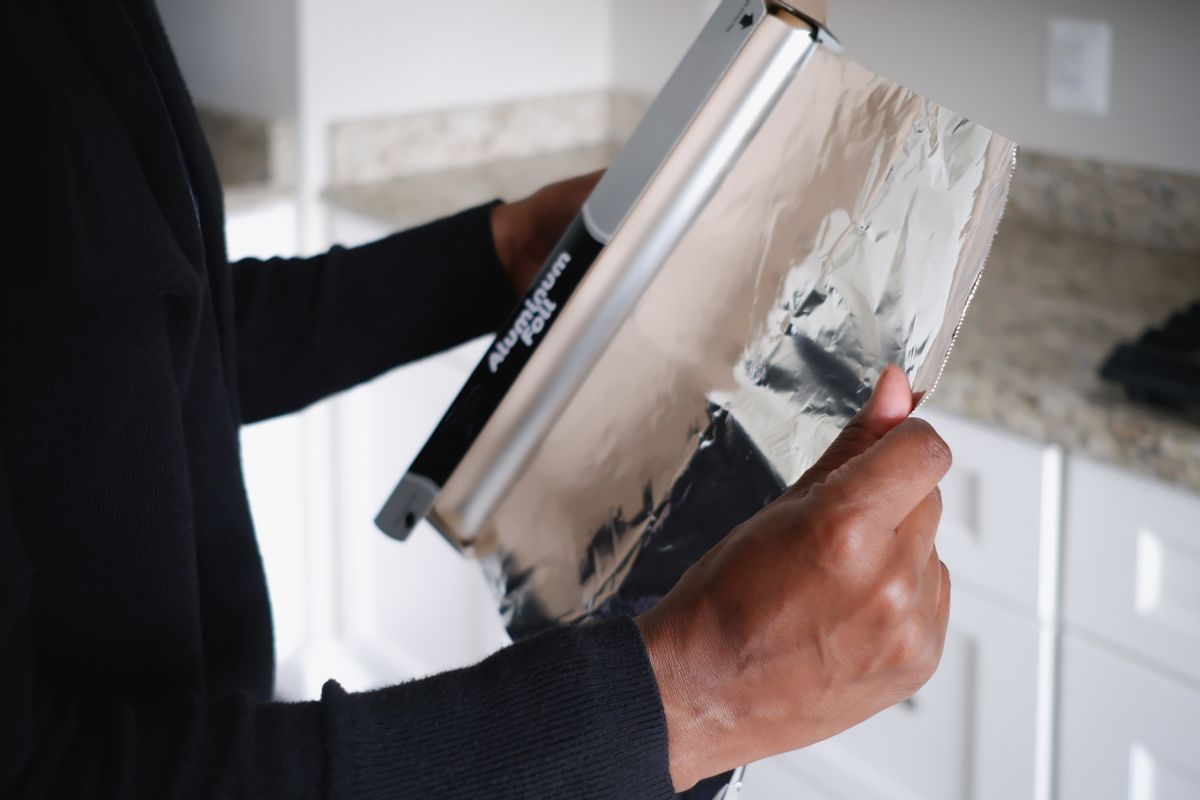 The online ad was mysterious. "Wrap foil around your doorknob," it claimed. It also said, "You should wrap foil around the doorknob when you're alone." The words "when you're alone" appeared to hint at a safety concern, perhaps about an intruder trying to break into a home. We've seen various claims like these before that said to place various household items where they don't normally belong. Just like the others, this one was misleading clickbait.

Don't waste your aluminum foil on this.

The ad led to what appeared to be a lengthy slideshow article with the headline, "33 Life Hacks To Boost Your Quality Of Life!" The first page featured the full picture from the ad that showed foil wrapped on a doorknob. Such slideshow articles require that readers click "next page" numerous times in order to reach the end of the story.

Many of the pages in the article didn't contain "life hacks" so much as they did push links to various supposedly helpful products. The article appeared to be designed for its author to earn affiliate commission on any product purchases that readers made through clicking the links.

On the last page of the article, it simply said that foil could be used to cover doorknobs to protect their shine while painting. However, as many readers likely know, this is what painter's tape is for. The tip mentioned nothing that explained why the word "alone" was used in the ad, because the ad was misleading clickbait:

33. How To Protect Door Knobs

Use them to protect doorknobs or hinges while painting. Much easier to remove than tape.

Aluminum foil can also be used to cover doorknobs and hardware. Wrap a bit of foil around the knobs to protect them from stray paint drips, and save your painter’s tape for baseboards and door frames, where those straight blue edges are far more critical.

In the past, we covered other misleading ads that also featured household items and mentioned the word "alone." Such dubious examples included pouring Coke on car wheels, keeping a bread clip in your wallet, putting a bottle on your car's tire when parked, and wrapping a rubber band on your doorknob.

Some foil on the doorknob might have helped actor Joe Pesci's character Harry out in "Home Alone" when he touched a hot door handle. However, we don't think it will have any helpful use for our readers here in reality.