Should Rubber Bands Be Wrapped on Doorknobs 'Tonight'?

A mysterious advertisement showed a twisted rubber band attached to knobs on both sides of a door. 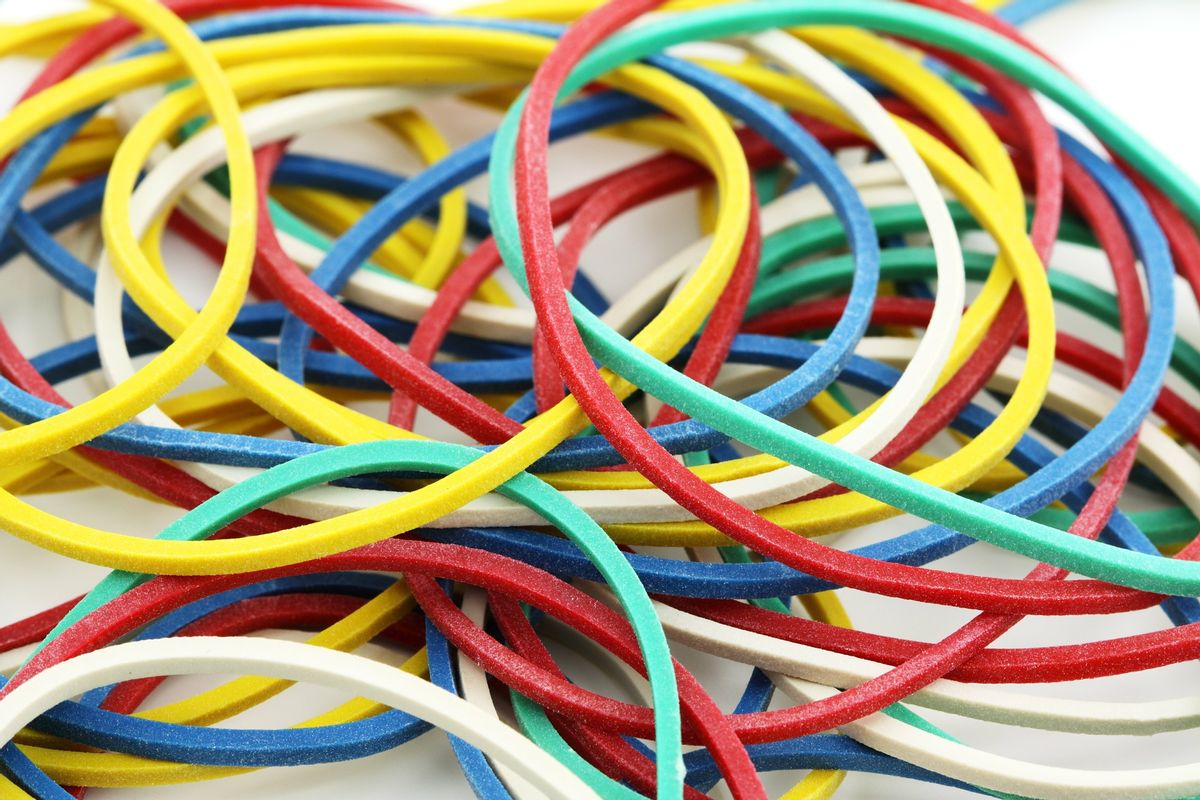 An online advertisement implied there was a security reason for looping rubber bands on doorknobs. It led to a lengthy slideshow article. Forty-two pages later, the story didn't even mention doorknobs.

The idea of wrapping a single rubber band around both knobs on a door (to minimize noise for example) has been featured in online advertisements for years. One such ad claimed: "Wrap A Rubber Band Around Your Door Lock Tonight." The ad appeared to hint at a critical safety concern.

We clicked the ad and were underwhelmed, to say the least. Another version said: "Put Rubber Bands Over Your Door Knobs If Alone, Here's Why."

The ad led to 42 pages of purported "unique life hacks." Some of the tricks in the long story were perhaps a bit odd. One of the pages mentioned how to stack more than one large bowl in the microwave at the same time. It claimed that stacking one of the bowls on a mason jar can free up space down below. It's unclear how often someone is both short on time and needs to microwave many bowls at once.

On the first page, a picture of the doorknob trick appeared as a tease. Another photograph showed coins and plastic in a hotel sink, which we previously covered in a separate fact check.

However, the lengthy slideshow article never ended up explaining anything about attaching a rubber band to doorknobs. It was clickbait, plain and simple.

As for whether a rubber band on doorknobs actually serves a purpose, the answer appeared to be a questionable "yes."

One of the tips we found involved twisting a rubber band so that the door cannot snap into the door frame. Good Housekeeping advised readers to "loop a rubber band around a doorknob so it makes an 'X' that presses the latch open." The column said that the trick is "especially helpful when you're unloading an armful of groceries, or need to open a sticky door without waking a sleeping toddler (or husband)."

And where would we be without mentioning what might be the authority on all things rubber bands: rubberband.com. In a blog entry from 2014, the website said that hooking a rubber band around both knobs could help with noise. Without twisting the rubber band to hold the latch open, the trick could potentially help lessen the sound of a door being slammed.

In sum, rubber bands probably won't let you down as badly as misleading ads will.

For further reading, we previously reported about a Facebook post that claimed robbers were using rubber bands to break into houses.