Should Travelers Always Keep a Bread Clip in Their Wallet?

We looked at the origins of a strange tip after a reader sent in a question about it. 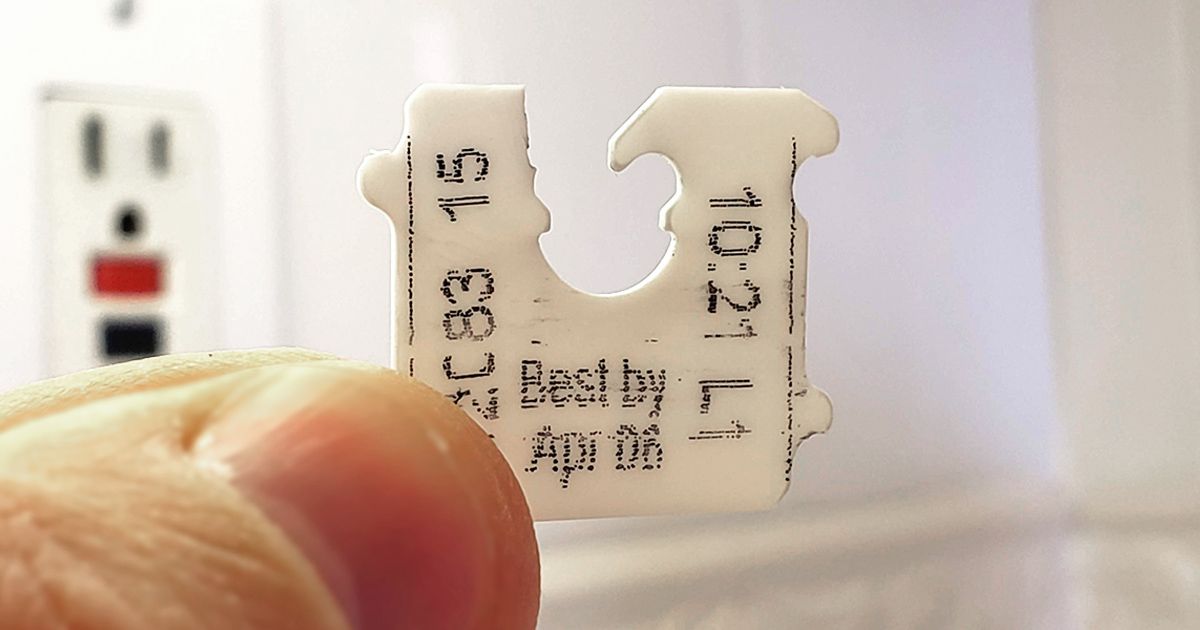 An online advertisement claimed to always keep a bread clip in your wallet when travelling or traveling alone. (Image Via Snopes.com)

An online advertisement made this claim. It was little more than clickbait. These kinds of ads lead to lengthy slideshow articles with dozens of pages. One such article said that a bread clip could potentially be used to fix a plug on the bottom of a flip flop or sandal. However, this was not a reason for travelers to "always" keep a bread clip in their wallet. Further, the idea of carrying around a bread clip in a wallet with the expectation of one's flip flops breaking begs a lot of questions about the purchase of the footwear.

In early April 2022, we looked at a strange and misleading online advertisement that claimed, "Always Keep A Bread Clip In Your Wallet When Traveling, Here's Why." With the inclusion of the word "always," the ad appeared to indicate that all travelers need to know about a purported tip involving keeping a bread clip in their wallet. However, we soon found that this was little more than clickbait.

The only reason we found to keep a bread clip in a wallet that resulted from these kinds of ads was to fix a plug on the bottom of a flip flop or sandal.

We found remnants of this ad in a Google search that led to a picture of a bread bag clip on Pinterest. Both have been combined in the image below: The ad appeared to have been going around for at least several weeks.

Two other versions of the ad simply said, "Always Keep A Bread Clip In Your Wallet," omitting the "when traveling" part: This ad screenshot was saved by a user on ifunny.co. This one also appeared on ifunny.co.

After digging around online, we found an ad that was active on Facebook. It read, "Put A Bread Clip In Your Wallet When Traveling, Here's Why." This ad was active on Facebook in early April 2022.

The Facebook ad led to a 90-page slideshow article. Deep into the story, one of the pages simply advised carrying a bread clip in a wallet in case a plug on the bottom of a flip flop or sandal needed to be fixed. We found an old tweet that referenced the same idea. (According to this logic, it's better to purposely buy a poorly-made pair of flip flops while carrying a bread clip in a wallet than it is to buy a decent pair of flip flops for a few extra dollars.)

The flip flop tip was less a helpful trick and more just a way of filling up an article to justify the original ad. This is referred to in the advertising industry as arbitrage.

The other 89 pages in the article offered no other tips about travelers keeping bread clips in a wallet.

One of our readers inquired with us about these ads and reported coming up empty after scouring for the answer. The email read as follows:

I keep seeing pop-up ads like the one you did about the toilet seat with the red cup. But I keep seeing one now for a bread clip that you must always carry in your wallet.

I've been searching for two hours and still have not found any reason. It's like they just said that as clickbait.

This reader was correct. It was clickbait. It's certainly possible that a bread clip kept in a wallet could come in handy in a very small number of situations. However, we found no documentation that explained anything that made sense to the extent that a good number of travelers might need to learn a supposed tip.

One of our hopes, when we publish fact checks like this one, is that we save our readers from clicking through long slideshow articles. We thank the reader who emailed us for their sacrifice of spending two hours looking for the answer.

While the ads were misleading, we did find several ideas for bread clips that were scattered around the web. One list of reasons was titled, "Why Should You Keep a Bread Clip in Your Wallet When Traveling." It's unclear if it was linked with the ads.

The list mentioned that a bread clip could be used as a guitar pick or as a tool to scratch lottery tickets. Additionally, it said a bread clip kept in a wallet could help to keep track of your drink at a party, label keys, and keep cables organized. However, the article didn't really offer any travel tips. At the end of the list, it posed a new tease: "Why Put a Crayon in Your Wallet When Traveling."

However, the crayon article was also little more than misleading and silly clickbait.

Aside from all of these reasons, we stumbled upon a camping tip in a YouTube video that involved bread clips. We found the idea from an article on Lifehacker.com. It could perhaps be considered a handy trick for a small number of travelers who are out camping and forgot clothespins for hanging and drying their clothes:

'Always' in Other Ads

In the past, we've reported on ads that used the word "always" and appeared to offer safety tips for drivers. For example, one claimed, "Always Put a Plastic Bottle On Your Tires When Parked, Here’s Why." Another said, "Always Place Coca-Cola On Your Wheels When Traveling Alone, Here’s Why." It's possible that there's a version of the bread clip ad going around with the word "alone" that's worded as, "Always Keep A Bread Clip In Your Wallet When Traveling Alone." We have found multiple variations of these kinds of ads before.

We also covered other ads that used the words "always" and referenced people traveling and staying in hotels. For example, one claimed, "Why You Should Always Put a Towel Under Hotel Door." Another said, "Here’s Why Hotel Guests Should Always Put Coins in the Sink."

In sum, no, we found no reason why people should be on alert and think about keeping a bread clip in a wallet when traveling.