Where Did President Trump Donate His Salary? 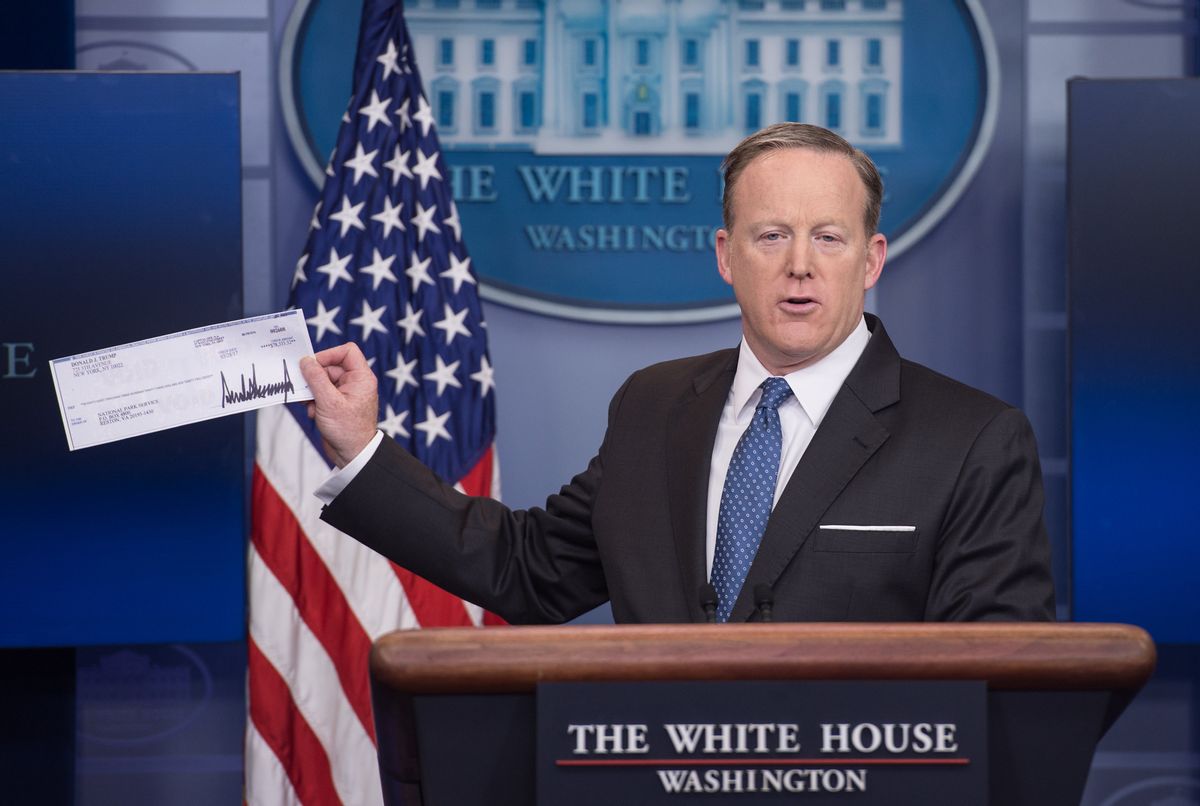 As we previously reported, U.S. President Donald Trump did not donate his entire salary for the purpose of rebuilding military cemeteries.

However, Trump has repeatedly followed up on his pledge to donate his presidential salary. The following list documents what government projects or departments have been chosen to benefit from Trump’s quarterly paychecks so far:

To be clear, this list documents announcements — not receipts — of Trump's donations.

CNN reports that “federal regulations prohibit agencies from accepting donated funds unless Congress grants authority to the agency to accept the donation. Without congressional authorization, donated money is deposited into the general fund of the Department of Treasury.” We contacted the Department of Treasury to find out if documentation for any such deposits is publicly available and have yet to hear back.

We will continue to update this list as more details become available.

Previous Article
Next Article
Article 10 of 38 in Collection

Updated to include details from March 3, 2020, announcement.

Updated to include announcement of Q1 2020 salary donation.