Did Obama Get Caught 'Spying' on Trump's 2016 Campaign? 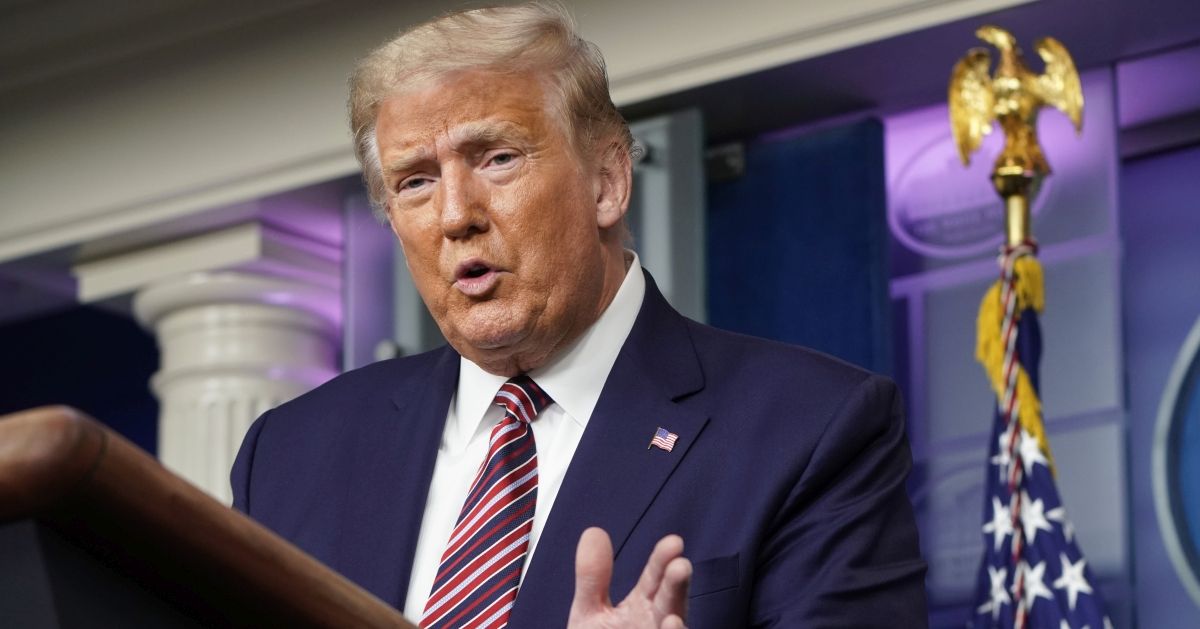 Under the Obama administration, the FBI launched an investigation into the Trump campaign's relationship with Russian operatives — a covert operation at the time that required the bureau to request court approval to secretly monitor Carter Page, a former adviser to Trump.

However, no evidence showed Obama, or any member of the White House, directed counterintelligence agents to illegally monitor the Trump campaign, nor did any court record show that the former president breached his authority as president during the FBI's Russia investigation.

Since the early weeks of U.S. President Donald Trump's presidency, he has alleged a grand scheme by Democratic political opponents to undermine his political agenda by illegally "spying" on his inner circle of confidants.

For example, on March 4, 2017, about six weeks after his inauguration, the president claimed in a series of tweets that Barack Obama, his predecessor, nefariously "wire tapped" Trump Tower in New York — the headquarters for the Trump Organization — during the 2016 presidential race.

The tweet implied that Obama abused his presidential powers to direct U.S. intelligence officials to illegally monitor the Trump campaign during its race against then-Democratic rival Hillary Clinton.

Since then, Trump has circulated some version of the theory — that the Obama administration or unidentified political opponents "spied on our campaign illegally" — dozens of times, according to an archive of Trump's social media activity, media interviews, rallies, and press conferences called Fact.ba.se.

"They spied on my campaign, and they got caught," the president said while accepting the Republican Party's nomination for president in the 2020 race against Democratic rival Joe Biden. (See a transcript of the whole speech here.)

By September 2020, about six weeks before the 2020 election, the president lumped his opponent in with the alleged conspiracy to undermine his previous campaign. Trump told fans at an Ohio rally on Sept. 21:

Below, we unpack the basis for the claim — which refers to a years-long investigation into potential collusion between the Trump campaign and Russian operatives to interfere in the 2016 U.S. election — as well as bipartisan congressional reports and federal records that found no evidence that Obama, or his Democratic allies, illegally launched surveillance efforts.

In late July 2016, under the Obama administration, the U.S. Federal Bureau of Investigation (FBI) launched a secret probe into the Trump campaign's relationships with Russian agents.

To better understand how the investigation came to be — and whether Obama abused his presidential powers to direct secret agents to illegally monitor Trump's campaign — we referred to a report by U.S. Department of Justice (DOJ) Inspector General Michael Horowitz, released in December 2019. Per that federal document, the FBI launched the covert surveillance effort, code-named "Crossfire Hurricane," three days after learning that a Trump aid "had received some kind of suggestion from Russia" that it could help the Trump campaign uncover information that would damage Clinton and Obama. Roughly one month into the secret investigation, James Comey, then-FBI director, said he told Obama and others about the FBI's surveillance effort, which primarily scrutinized four Trump campaign aides — Carter Page, George Papadopoulos, Mike Flynn, and Paul Manafort — because of their apparent or suspected ties to the Kremlin. But Comey said he did not describe the operation in detail with the sitting president. The inspector general's report stated:

Comey said he thought it was important that the President know the nature of the FBI's efforts without providing any specifics. Comey said although he did not recall exactly what he said, he may have said there were four individuals with "some association or connection to the Trump campaign." Comey stated that after he provided this information, no one at the meeting responded or followed up with any questions.

In other words, the FBI — not Obama — launched the surveillance effort, and only a handful of counterintelligence agents knew the full scope of the mission, but no evidence showed they gave directions on how it was done. The investigators were acting on orders from FBI leaders — not the president.

Then, in May 2017, then-U.S. Deputy Attorney General Rod Rosenstein appointed Robert Mueller — a prosecutor who headed the FBI for more than a decade — to take over the FBI's work with a criminal investigation to determine whether Trump had obstructed justice with his allies' alleged ties to Russia. Although Mueller's team did not find a criminal conspiracy between the Trump campaign and Russia, saying it had not obtained sufficient evidence to establish criminal charges, it uncovered multiple contacts between the campaign and Russia showing that the latter perceived it would benefit from a Trump presidency and "worked to secure that outcome."

Next, we looked for evidence to confirm or disprove that the investigation broke the law to secretly monitor any member of the Trump campaign.

We learned the FBI used undercover informants to investigate Trump's inner circle, a routine technique for such investigations into alleged espionage or terrorism. And according to Horowitz' report, the FBI employed "electronic surveillance" of only one person — Page, who was an adviser to Trump.

"The decision to seek to use this highly intrusive investigative technique was known and approved at multiple levels of the department," the report stated.

However, at the time, the FBI relied on a dossier of unreliable research compiled by the former British spy Christopher Steele in its applications for warrants to monitor Page. And it was unclear whether the Foreign Intelligence Surveillance Act, which created the special surveillance court for national security cases, would have granted the bureau permission to eavesdrop on Page's conversations had the FBI omitted details from that dossier on its applications. "[It] was clearly the responsibility of Crossfire Hurricane team members to advise [the court] of such critical information," Horowitz' report said.

Nonetheless, that misstep gave Trump and his supporters a reason to discredit the entire investigation into the campaign's contact with Russian operatives. As of this report, one member of the investigating team — a former FBI lawyer —pleaded guilty in August 2020 to altering an email the bureau relied on to file the applications to monitor Page, though no other investigator faced charges for breaking law. A review of the FBI's work by John Durham, a federal prosecutor, remained ongoing.

We also analyzed a redacted version of a roughly 1,000-page document compiled by the Republican-led Senate intelligence committee released in August 2020. The committee launched its own bipartisan examination into Russia's interference in the 2016 election to gauge what, exactly, the whole ordeal meant for future American elections. (The redacted portions of the document were related to Russia's interference in the 2020 election and classified information as of this writing.) The committee called the report "the most comprehensive description to date of Russia's activities and the threat they posed," and it included interviews with members of the Obama administration. In particular, it indirectly tied the former president to the FBI's decision to rely on the dossier in its applications for court warrants to secretly monitor Page, with this language:

In early December, President Obama tasked the [Intelligence Community] with a comprehensive assessment of Russia's involvement in the 2016 election. FBI — particularly Deputy Director Andy McCabe — requested that the dossier information be included in the assessment, pointing to the President's request for comprehensiveness. CIA analysts pushed back on FBI's request, seeing the memos as uncorroborated and questioning the sourcing. All three primary author agencies eventually compromised on summarizing the allegations in an annex to the assessment. In early January, a principal-level team from [the Office of the Director of National Intelligence], CIA, FBI, and [National Security Agency] briefed a highly compartmented version of the full assessment to the President, the President-elect, and the Gang of Eight. Then-FBI Director Comey briefed Trump one-on-one on the contents of the annex.

In other words, Obama asked for an update on counterintelligence agents' probe roughly five months after the FBI started its secret investigation, and McCabe reportedly requested that the dossier's information be included in the applications to monitor Page because of the president's wish for comprehensiveness.

Although, as in Horowitz' report, no evidence showed Obama or other members of his administration knew the full extent of the investigation, or how it was conducted. Intelligence leaders gave both Trump and Obama a "highly compartmented version of the full assessment" in early January, according to congressional committee's review. That document also stated the bureau's initial interest in Page was justified.

Trump Made the Wiretap Claim 'on a Hunch'

Shortly after Trump became aware of the FBI's investigation in spring 2017, per the Senate committee's report, he first claimed without evidence or documentation that political opponents committed a federal crime by ordering the FBI to secretly eavesdrop on the Trump campaign. The posts surprised members of the Trump team, with one aid to the president saying it was unclear to what "wiretapping" incident he was referring, according to Reuters. The news outlet reported at the time:

Under U.S. law, a federal court would have to have found probable cause that the target of the surveillance is an 'agent of a foreign power' in order to approve a warrant authorizing electronic surveillance of Trump Tower.

Several conservative news outlets and commentators have made allegations in recent days about Trump being wiretapped during the campaign, without offering any evidence. Lewis was not the sole dissenting voice from Obama's team. A former senior U.S. official with direct knowledge of the DOJ investigation told CNN that Trump's phones were never tapped. "This did not happen. It is false. Wrong," said the former official, whom the news outlet did not identify. Additionally, Ben Rhodes, Obama's former deputy national security advisor, tweeted that "No President can order a wiretap."

Weeks after the president's tweet thread, Comey said the agency had no records to support the claim of wiretapping by the Obama administration, and the DOJ later confirmed that consensus in a court filing (an excerpt of which is below). About two years later, Trump provided insight into his rationale for authoring the posts, which alleged criminal wrongdoing against Obama. Trump said in an April 19, 2019, interview with Fox News' Sean Hannity that he authored the tweets about the former president ordering agents to "wiretap" the Trump Tower on "a little bit of a hunch," according to a transcript by Factba.se.

Now, [Clinton] lost, and now they are trying to infiltrate the administration to — really, it's a coup. It's spying. [...] Two years ago when I said that just on a little bit of a hunch and a little bit of wisdom. [...] If they weren't doing anything wrong, it would have just gone by, nobody would have cared about it. It was pretty insignificant, I thought, when I said it — and that's pretty amazing.

In summary, while the FBI under the Obama administration launched an investigation into contacts between Trump's associates and Russian operatives before the 2016 election — an examination that included a secret mission to monitor Page, one of Trump's allies at the time — no court filings, interview transcripts or other federal records showed the former president directed agents to secretly monitor the Trump campaign. For those reasons, we rate this claim "mostly false."

Previous Article
Next Article
Article 9 of 38 in Collection

Cohen, Marshall.   'They Spied On My Campaign': How Trump Trump Transformed A conspiracy Theory Into A political Rallying Cry."    CNN.   29 August 2020.

Office of the Inspector General.   "Review of Four FISA Applications and Other Aspects of the FBI's Crossfire Hurricane Investigation."    9 December 2019.