Does This Video Show a 'Jersey Devil' Perched in a Tree?

The famous cryptid is part of New Jersey folklore. 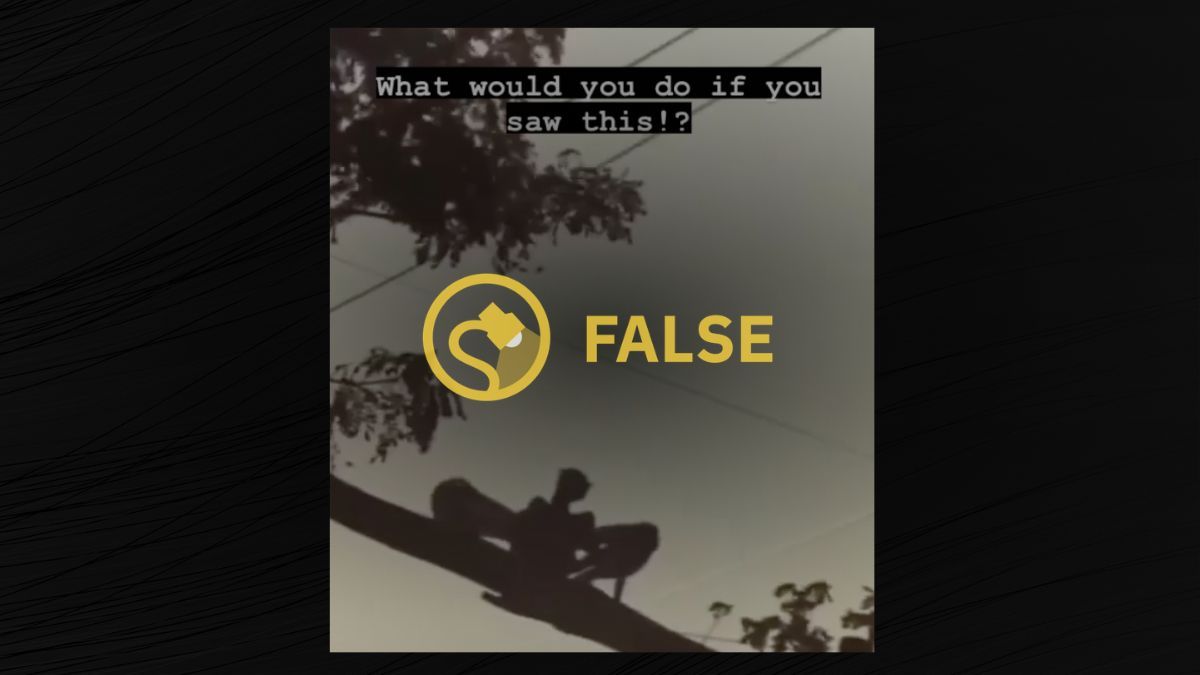 In October 2022, an Instagram page called Mysteries Unexplained posted a video of a strange-looking creature, alleging that it was a flying cryptid known as the Jersey Devil. As of this writing, we are unsure of the origins of the video — but the Jersey Devil is an item of folklore originating in Leeds Point, a rural area in Atlantic County, in eastern New Jersey.

The video shows the silhouette of what appears to be a four-legged creature with a round head and bat-like wings purchased on a tree branch. It then spreads its wings and flies off, to the chagrin of the person presumably holding the camera:

We would note that the video is very grainy, but it doesn't appear to have been taken in a rural part of New Jersey. It takes place on what appears to be a populated city street, with cars, motorcycles, homes, and electrical wires visible. The person holding the camera isn't speaking English, raising questions about whether the video originated from somewhere in the U.S. or elsewhere.

There's also background music , which makes us wonder if the original source was an amateur fictional film of some kind. We invite readers who may recognize the video to contact us with tips about its origins.

Cryptids are a common fixture in folklore, with the most famous ones perhaps being the Loch Ness Monster and Bigfoot. The Jersey Devil legend originated in the 1730s. According to Atlantic County's website, the story varies depending on who is telling it, but most versions detail the birth of a cursed child:

One of the most famous stories tells of a place called Leeds Point. On a stormy night in 1735, a Quaker woman gave birth to a child during a thunderstorm. The room flickered with candlelight. The wind howled. Some believed her to be a sorceress. The impoverished woman, known as Mother Leeds, was believed to have many other children – as many as twelve. Some say the child was born deformed. Some say she cursed the child because of her dire straits. Other accounts say the child was born normal and took on odd characteristics later, characteristics such as an elongated body, winged shoulders, a large horse-like head, cloven feet and a thick tail. According to legend, the child was confined until it made its escape either out the cellar door or up the chimney. The Jersey Devil had been born.

The Jersey Devil's notoriety, like many cryptids, has remained strong in centuries since it originated. Snopes debunked another alleged Jersey Devil sighting in 2015.