Is the Loch Ness Monster Just a Whale Penis?

This rumor is more plausible than it might appear. 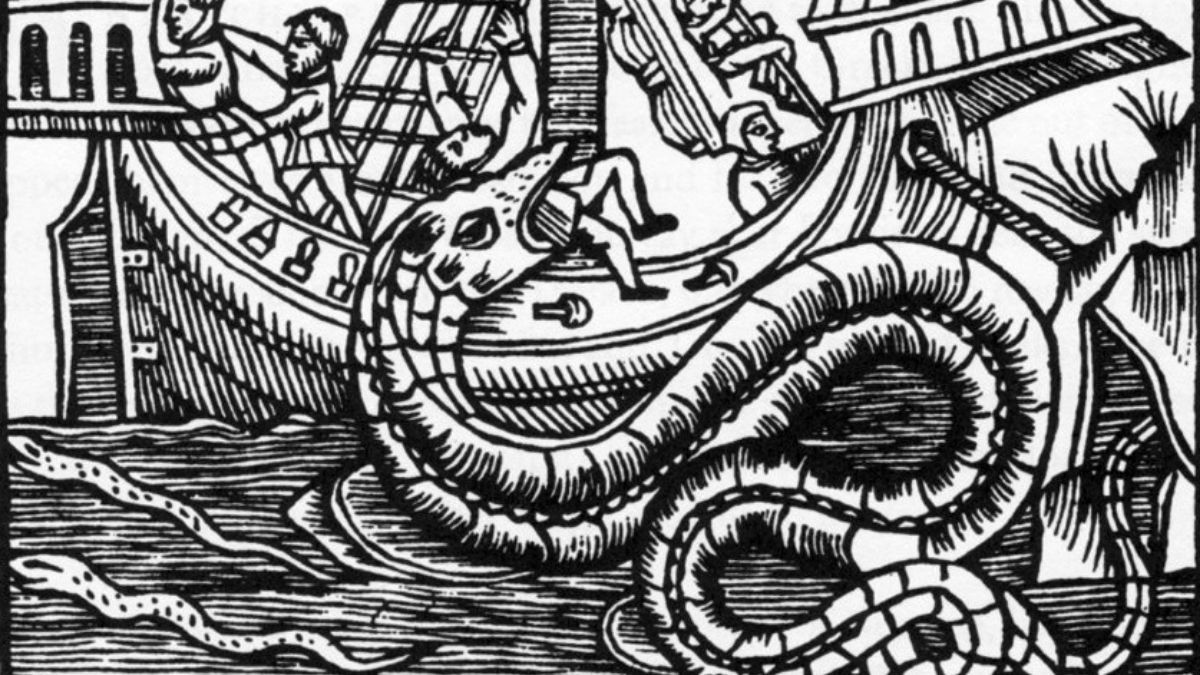 Claim:
A famous photograph of the Loch Ness Monster was actually just a whale penis.
Rating:

The most famous photo of the Loch Ness Monster, dubbed the "surgeon's photograph," was a hoax that was created with a toy boat and some putty. It's possible that other sea serpent sightings throughout history, however, may have been misidentified as whale penises.

A number of explanations have been offered to explain a series of supposed sightings of a sea serpent at Loch Ness, a large, deep, freshwater lake in the Scottish Highlands. Some have hypothesized that the Loch Ness Monster, known as Nessie, was really just a giant eel or possibly an odd shaped log. Others held that Nessie was a prehistoric plesiosaur that somehow survived extinction. In April 2021, another theory was popularized on the internet: The Loch Ness Monster is really just a whale penis: The picture supposedly showing the Loch Ness Monster is widely known as the "surgeon's photograph," as it was reportedly taken by surgeon Robert Kenneth Wilson. This picture was published by the Daily Mail in 1934 and served as a source of speculation about a legendary lake-dwelling beast for decades. While several other "sightings" followed the surgeon's photograph, this picture was revealed to be a hoax in the 1990s when Christian Spurling, one of the man involved in this hoax, confessed shortly before his death.

The Sunday Telegraph reported that Spurling, a skilled model maker, teamed up with Wilson and their friend Marmaduke Wetherell to create a hoax picture of a sea serpent using a toy submarine and an 18-inch clay model:

While a whale penis may not be the answer to all of our Nessie questions, whale penises may truly have been the culprits behind some old sea serpent sightings.

In 2005, a team of researchers published a paper in the Archives of Natural History that examined an account of a sea serpent sighting off the coast of Greenland by a missionary named Hans Egede in 1734. Egede drew a picture of the alleged creature and described it as a "most dreadful monster." Egede wrote, as recounted in the 1883 book "Travellers' Tales: A Book of Marvels":

"A most dreadful monster showed itself upon the surface of the water in the year 1734, off our new colony, in the sixty-fourth degree of latitude. The monster was of so huge a size, that coming out of the water, its head reached as high as the mast-head: Its body was as bulk as the ship, and three times as long. It had a long pointed snout, and spouted like a whale fish, great broad paws (fins?), and the body seemed covered with shell-work, it's skin being very rugged and uneven. The underpart of its body was shaped like an enormous huge serpent, and when it dived again udner water, it plunged backward into the sea, and so raised its tail aloft, which seemed a whole ship's length distant from the bulkiest part of the body. The Archives of Natural History paper analyzed Egede's account and drawing and identified several whales that may have been this most dreadful monster. Additionally, the author's noted that it was possible that the "serpent-like tail" was the "snake-like penis" of a large baleen whale:

However, there is an alternative explanation for the serpent-like tail. Many of the large baleen whales have long, snake-like penises (Figures 4 and 5). If the animal did indeed fall on its back then its ventral surface would have been uppermost and, if the whale was aroused, the usually retracted penis would have been visible. The penises of the North Atlantic right whale and (Pacific) grey whale can be at least 1.8 metres long, and 1.7 metres long respectively, and could be taken by a naïve witness for a tail. That the tail was seen at one point a ship’s length from the body suggests the presence of more than one male whale.

In 1875, the crew of a ship named the "Pauline" witnessed what they believed was a sea serpent attacking a group of whales. A description of the incident from Capt. Drevar was published in the North Whales Chronicle a few years afterward in 1877:

What reference to its credibility all that we can say is that Captain Drevar, who is a well-known shipmaster in the port of Liverpool, gives us personal assurance of the entire authenticity of his narrative. The others of the crew make similar declarations of accuracy, and therefore we tell the story just as it was told to us.

The weather was fine and clear, wind and sea moderate. Observed some black spots on the water, and a whitish pillar about third feet high, above them. At the first glance I took all to be breakers, as the sea was splashing up fountain-like about them and the pillar, a pinnacle rock, bleached with the sun: but the pillar fell with a splash, and a similar one rose. They rose and fell alternatively in quick succession, and good glasses showed me it was a monster sea serpent coiled twice round a large sperm whale. The head and tail parts, each about thirty feet long, were acting as levers, twisting itself and victim round with great velocity. They sank out of sight about every two minutes, coming to the surface still revolving and the struggles of the whale and two other whales that were near, frantic with excitement, made the sea in their vicinity like a boiling cauldron, and a loud and confused noise was distinctly heard. This strange occurrence lasted some fifteen minutes, and finished with the tail portion of the whale being elevated straight in the air, then waving backwards and forwards, and heaving the water furiously in the last death struggle, when the whole body disappeared from our view, going down head foremost to the bottom, where no doubt it was gorged at the serpent's leisure, and that monster of monsters may have been many months in a state of coma, digesting the huge mouthful.

While we can't say for certain what Drevar saw in 1875, we can say that this description reminded us of a BBC Earth video that showed sperm whales as they prepared to breed:

While the famous picture of the Loch Ness Monster certainly wasn't a case of mistaken whale-penis identity, and while whale-penis sightings probably can't explain every sea serpent sighting throughout history, it is plausible that some of these "sea serpents" were attached to the bottom of a whale.