What Was the Flatwoods Monster?

Or maybe we should be asking "who" it was. 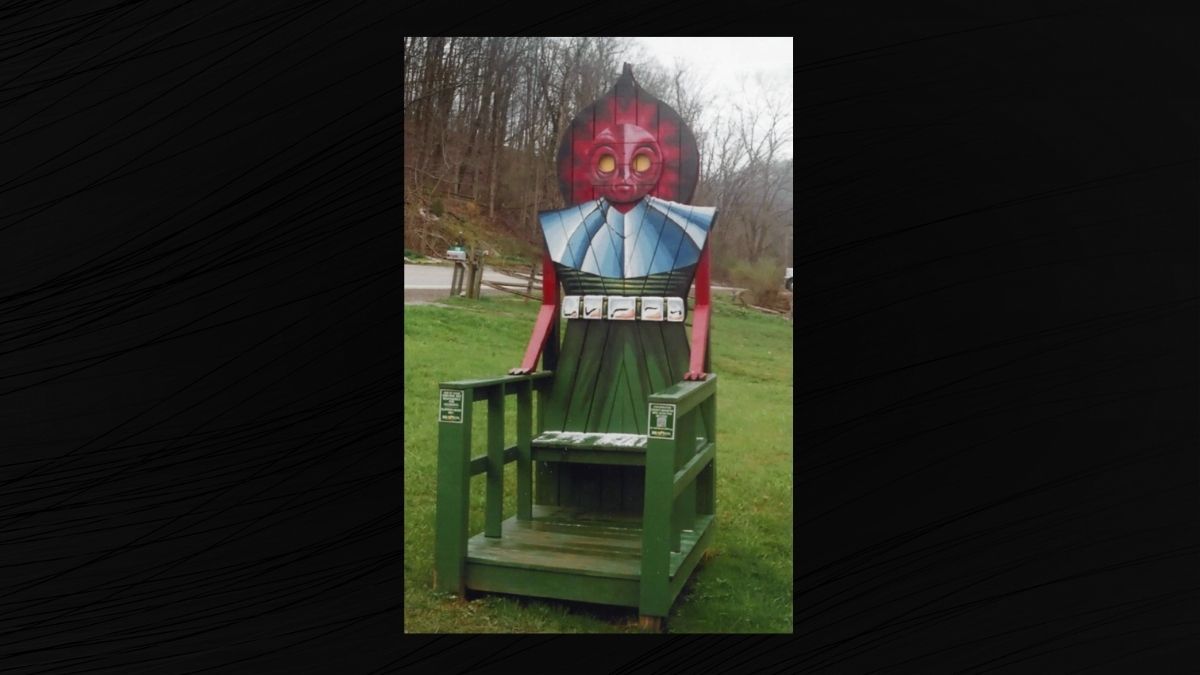 West Virginia has the distinction of being home to several famous cryptids, a term that refers to strange animals that are alleged to exist without any evidence (think Bigfoot). Joe Nickell, a long-time paranormal investigator and senior research fellow for the Committee for Skeptical Inquiry, said there's a good reason for that.

"They have owls," he said flatly in a phone interview with Snopes.

Nickell has a long, storied history as a career skeptic. A PhD in English focusing on literary investigation and folklore, he worked as both a magician and a detective for the private detective firm Pinkerton. He's also the author of dozens of books on his various investigations, and was a key figure in disproving the otherworldly properties in such high profile cases as, for example, the Shroud of Turin and the "miraculous" spiral staircase at Loretto Chapel in New Mexico.

Nickell has also identified another famous West Virginia monster, Mothman, as likely being a barred owl.

In 2000, Nickell conducted an on-the-ground investigation of another similar cryptid legend.

Mothman originated in Point Pleasant in 1966. Years earlier, another such "monster" story had its origins in Flatwoods, a small town in West Virginia's Braxton County. The creature has become known in popular culture as the Flatwoods Monster, described by those who saw it as an ominous, towering apparition with glowing eyes, claws, and a terrible, high-pitched, hissing squeal. The creature, they believed, came from a UFO that had crashed nearby.

But after visiting the site and interviewing original witnesses, Nickell came to the conclusion that what had petrified people was not an extraterrestrial or cryptid, but a female barn owl protecting her chicks, and the light in the sky wasn't a UFO, but a meteor.

The story began in the hills of central West Virginia, on the evening of Sept. 12, 1952, at about 7:15 p.m., which was just before dark. Local children who were playing on the field of Flatwoods Elementary School saw a bright light streaking across the sky, which then appeared to crash into a hillside farm.

The group of boys was comprised of brothers Edward and Freddie May, Neil Nunley, and Tommy Hyer. They decided to investigate what they saw, stopping along the way at the May brothers' home. The May brothers' mother, Kathleen May, accompanied them on the excursion, calling on 17-year-old Eugene Lemon to assist, bringing with them the May family dog, Richie.

Here's how Braxton County described the scene that unfolded at what has since often been described by the legend's true believers as a UFO crash site:

Upon reaching the site of the crash, the group saw a pulsing red light. Lemon shined his flashlight up the hill, and the group witnessed a terrifying sight—a ten-foot-tall creature, with a head shaped like a spade and what appeared to be a dark, metal “dress”. The creature’s hands were twisted and clawed, and what seemed to be its eyes glowed an eerie orange color. It appeared to levitate off the ground. A strange, sickening mist hung in the air. The creature hissed and glided quickly toward the witnesses, the group then turned and fled in terror.

Nickell's report includes the detail that when the creature approached, Lemon, "responded by screaming and dropping his flashlight," at which point everyone fled. Afterwards, members of the excursion party reported symptoms like throat irritation, nausea and vomiting, while a local newspaper reporter the next day announced he had found "skid marks" near the site and an "odd, gummy deposit," adding to the crashed UFO narrative.

Nickell in 2000 spoke to an elderly Flatwoods resident who saw the group later on the night of the sighting at the sheriff's station.

"He told me Eugene Lemon was so scared that he was throwing up," Nickell said. That detail gave him pause, because Nickell said it pointed to the extreme level of fear the group had experienced in the moment.

The incident resulted in talk of UFOs and aliens, fueled along by sensational media coverage. To this day, Braxton County, where the town of Flatwoods is located, advertises the paranormal Flatwoods Monster as a local attraction. The encounter is the subject of continuing fascination, which included a 2018 documentary about it and persistent media coverage.

But Nickell's investigation showed that the bright light was without doubt a meteor, a phenomenon viewed by people in at least three states.

"It was widely seen," Nickell stated.

As to why the boys believed they saw it crash into a hillside, Nickell explained that is a known illusion associated with meteors.

"Time and time again, it’s said to have landed on yon hill. Why is that? It’s the most natural thing in the world," Nickell said. "They are very far from you, but they’re so bright that you almost duck. You think they’re just coming right over head, and they go out of sight beyond the hill. It creates the illusion that it landed up there."

As to the "strange sickening mist," Nickell ascribed it to a type of pungent-smelling grass that grows all over the area, and the mist, Nickell noted, was explained by the sheriff's deputies who investigated the scene and observed a fog settling over the hillside. Nickell also pointed to the level of terror the group had experienced when explaining why they felt ill.

The "skid marks" and "odd, gummy deposit" were easily explained. Nickell spoke to a local man named Max Lockard made the marks with his 1942 Chevy pickup truck, and the "deposit" was simply oil leaking from the truck. As to the pulsating red lights, Nickell points to lights from a passing plane.

But what about the creature itself? If it was nothing more than a barn owl, why did members of the group describe something taller than a human, with glowing eyes, claws, wearing a dark metal draped garment?

"They shine a light at it and see it has kind of a heart-shaped face, and all of the sudden, just as quick as a wink, that creature came right at them," Nickell said. "And Mrs. May would remember these terrible claws. They were very vague about the bottom of the creature. There wasn’t one, it was on a branch."

Nickell's research lead him to the explanation that the reason the owl behaved aggressively was because it was a mother owl protecting a nest of young. And as for the glowing eyes, that is explained by the fact that nocturnal animals like owls have reflective elements in their eyes that help them see in the dark, which make the eyes appear to glow.

Barn owls have white faces roughly in the shape of an upside-down spade, and as birds of prey, also have claws. And they do have an eerie-sounding, hissing screech.

Nickell is careful to state that the incident was not a hoax, in that the boys and Mrs. May did in fact see something that terrified them — they simply didn't know what it was. After all, barn owls are nocturnal, so it's likely none of them had never seen one that closely.

"I don’t laugh at people just for believing something, particularly if it’s something they’ve seen," Nickell said. "What I try to do is defend them. There but by fortune go you or I."

But despite what some may want to believe, and sensational media coverage, Nickell added, "Let’s try to tell the truth. The truth absolutely matters."