Did the Label of Renuzit Air Freshener Include a Phallic Image?

We learned about stamens in biology class, but not quite like this. 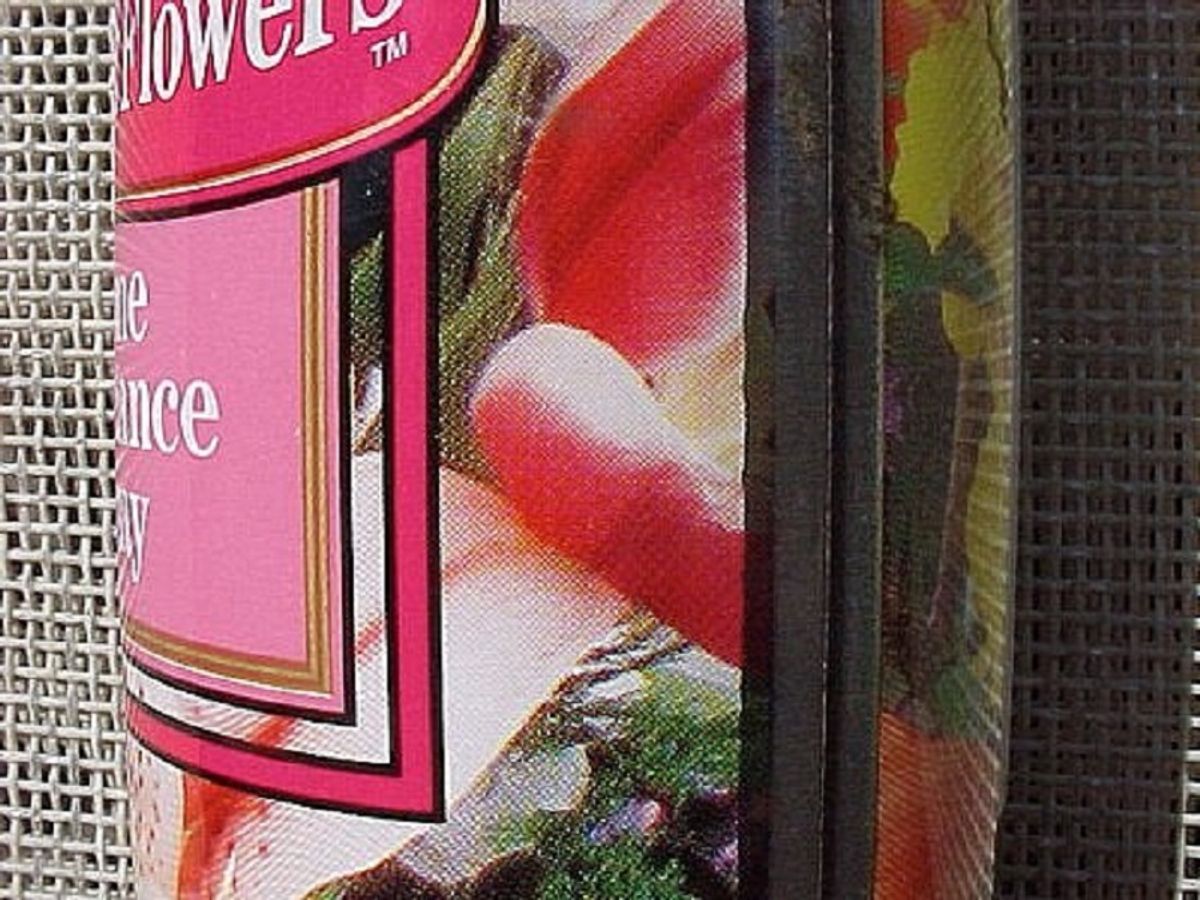 In March 1995, Dial Corp. introduced a new can for the Fresh Cut Flowers scent of their Renuzit brand air freshener product, featuring a label festooned with pictures of tulips. "What could be less controversial than tulips?" one might think. Dial and their retailers soon found out, as they began receiving a flood of complaints about a supposedly phallic image appearing on the side of the can: The rumors began to fly: Was this phallic imagery a form of subliminal advertising? A publicity stunt? The product of a disgruntled art director?

Answer: none of the above.

Although remarkably phallic in shape, the image was just part of a picture of a flower that was awkwardly cropped to fit the label. According to Dial, when the can had been redesigned about nine months earlier, the tulip on the aerosol can was cropped by the seam of the can, leaving one curled petal detached from the rest of the flower. The same picture, with a different trim, was used on Renuzit's LongLast Roomate air freshener cans and showed that the "phallus" was unquestionably an ordinary tulip petal.

On the aerosol spray can, a metal seam ran down the length of the can, top to bottom, and that seam cut off the photo in a spot that was not cropped on any of the other FCF products. The part of the photo it dissected, on one portion of the can, was the curled petal of a tulip. Just a tulip petal, nothing scandalous, nothing that would have raised an eyebrow in the art department when the photo was being approved.

But when that seam cut off the tulip petal, a situation created completely by chance? It no longer looked like a tulip petal.

[W]e could pick up, say, a can of the powdered carpet freshener and see the uncropped photo, and clearly see that it was a rolled up tulip petal, as we could see the whole flower there. But that unfortunate seam had done its work, and done it well enough for someone, in some store in America, looking at cans and trying to decide which scent would best accentuate their trailer home, to spot it, do a double-take, and become convinced that there was clearly a veiny, tiny penis in the photo.

A widespread rumor at the time had it that a pissed-off art director at The Dial Corp had superimposed his penis into a shot of cut flowers as an act of revenge against the company, a common trope found in other similar urban legends, such as ones involving Disney's initial home video release of The Little Mermaid and a Topps Star Wars trading card.

Dial did not recall or destroy the controversial cans, although they did hide the offending petal behind a green leaf on cans already in stock and created a new photograph and label for use on subsequently manufactured cans.