Was a Phallus Purposely Added to the Artwork for 'The Little Mermaid' VHS Cover?

Rumor has it a disgruntled Disney artist sought revenge on the company by drawing a castle spire in the shape of a male sex organ. 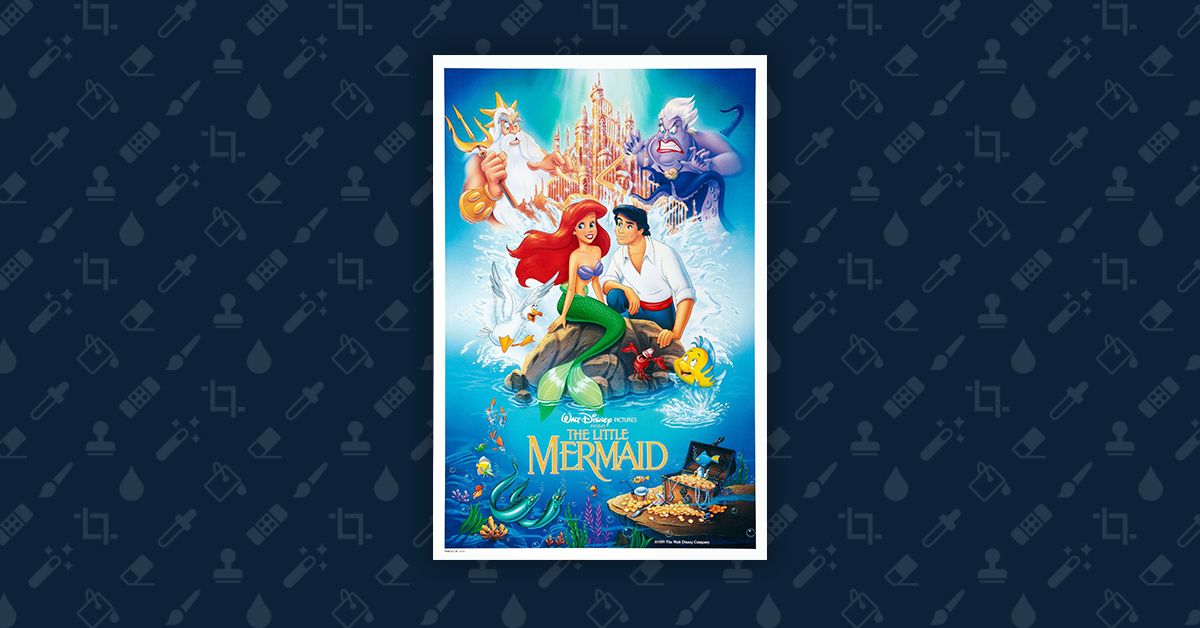 Claim:
The cover of Disney's "The Little Mermaid" home video includes a phallus deliberately drawn by a disgruntled artist.
Rating:

One of the castle spires in the background of The Little Mermaid promotional artwork bears an unmistakable resemblance to a penis, so much so that many people are unwilling to dismiss the drawing as mere accident or coincidence. Rumors started circulating shortly after the release of the videocassette edition of The Little Mermaid that the phallic object had been deliberately drawn as a last act of defiance by a disgruntled Disney artist who was miffed at being notified that he would be laid off at the conclusion of the project. The plain truth is that the resemblance between the castle spire and a penis was purely accidental, and it was drawn by an artist who was neither disgruntled nor about to be dismissed.

First of all, the artist who created the video cover art did not work for Disney itself, thus he was neither "disgruntled with Disney" nor "about to be fired." We questioned the artist, who also drew artwork for Little Mermaid theatrical advertising, pop-ups, greeting cards, Happy Meal boxes, and CDs. The theatrical posters were done before the original release of the film, but the video cover art was not created until a few months before the home video version hit the market. Rushed to complete the video artwork (featuring towers that were rather phallic to begin with), the artist hurried through the background detail (at "about four in the morning") and inadvertently drew one spire that bore a rather close resemblance to a penis: The artist himself didn't notice the resemblance until a member of his youth church group heard about the controversy on talk radio and called him at his studio with the news.

The later laserdisc release of the film was issued with a cover containing an altered version of the infamous spire. Contrary to common belief, the phallic-like spire did not make its first appearance with the cover to the home video version; the same background drawing of the castle, with the same spires, appeared in promotional material and posters that accompanied the film's original theatrical release. The video cover does differ slightly from the original version, but the castle shown in the background is the same in both versions. (Later versions of the laserdisc cover were altered to remove the offending spire.)

The alleged "phallic symbol" in The Little Mermaid's artwork went undetected by the general public for about a year while the film was in the theatrical release. Shortly after Entertainment Weekly ran a story about the offending artwork in mid-1990, the rumor became widespread when Machelle Couch of Mesa, Arizona, complained to Disney and a Phoenix supermarket chain (Bashas') about the phallus on the cover of The Little Mermaid. Bashas' pulled the videos from their shelves (but returned them less than 24 hours later), and the story of the "penis" cover was soon widely disseminated by the media.