Were Panic Buttons Removed From Democratic Lawmaker's Office Prior to Insurrection?

The circumstances under which the buttons were allegedly "torn out" of U.S. Rep. Ayanna Pressley's office were unknown. 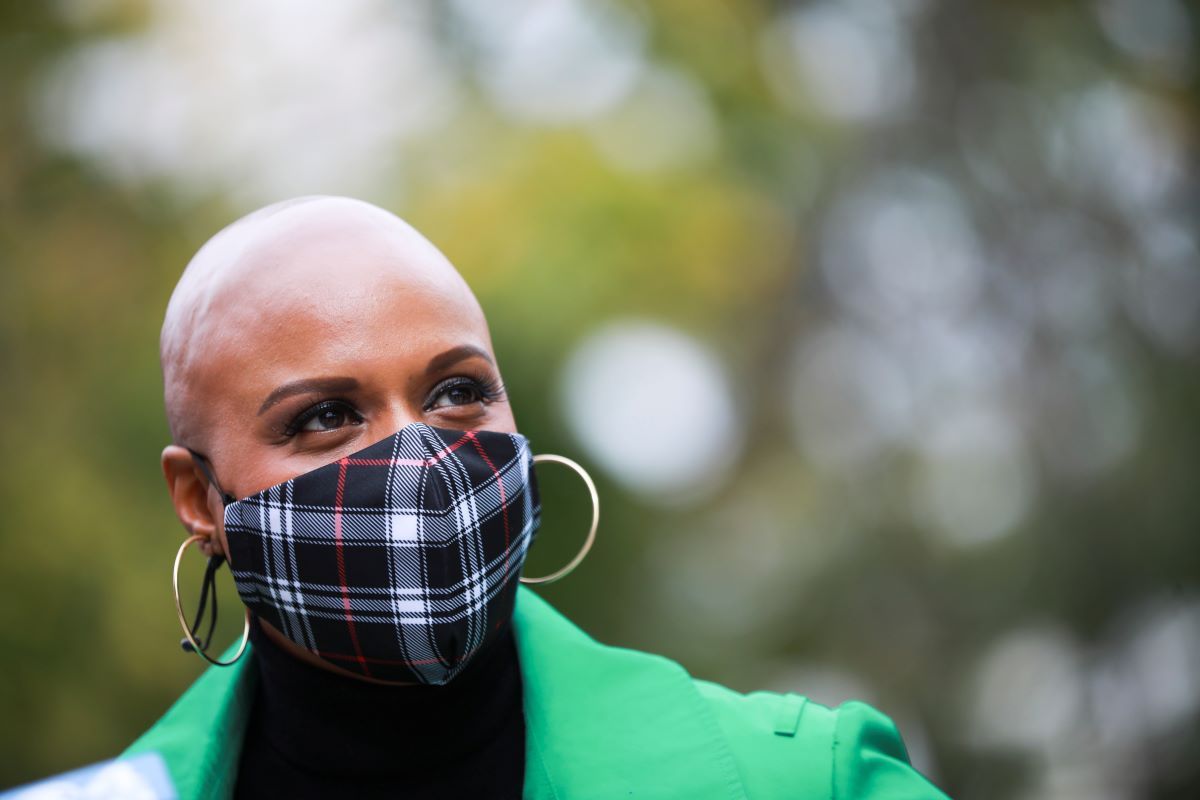 Claim:
Emergency panic buttons were inexplicably removed from U.S. Rep. Ayanna Pressley's Capitol suite before the Jan. 6 insurrection, possibly as part of a conspiracy against her.

After U.S. President Donald Trump encouraged his supporters to protest Joe Biden's presidential win and a mob of them stormed the U.S. Capitol on Jan. 6, 2021, some Americans questioned if, or to what extent, Trump's allies in Congress or Capitol Police were complicit in the deadly siege of the federal building.

The debate about the alleged conspiracy centered on an unproven claim that some Republican lawmakers gave "reconnaissance tours" to Capitol insurrectionists prior to the attack (see our fact check of that accusation here), and an allegation that someone or a group nefariously removed panic buttons in the congressional office of Rep. Ayanna Pressley, a Democrat from Massachusetts, so neither she nor her staff could call for emergency help during the chaos.

Citing an interview with Pressley's chief of staff, Sarah Groh, The Boston Globe reported on Jan. 13:

As people rushed out of other buildings on the Capitol grounds, staffers in Pressley’s office barricaded the entrance with furniture and water jugs that had piled up during the pandemic. Groh pulled out gas masks and looked for the special panic buttons in the office.

“Every panic button in my office had been torn out — the whole unit,” she said, though they could come up with no rationale as to why. She had used them before and hadn’t switched offices since then. As they were escorted to several different secure locations, Groh and Pressley and her husband tried to remain calm and vigilant — not only of rioters but of officers they did not know or trust, she said.

In other words, it was true that Pressley's chief of staff said all panic buttons had been removed for reasons she and others did not know.

No other lawmaker reported damaged or missing panic buttons after the attack, with the exception of Rep. Jamaal Bowman, D-N.Y., who said on Twitter he did not have panic buttons during the insurrection three days into his term, though they were installed a week later on Jan. 13.

After The Boston Globe's report, news outlets including Forbes reported Pressley's office said at least one agency was investigating why, or how, the panic buttons were purportedly "torn out."

On Jan. 14, Snopes reached out to both Pressley's congressional office and political campaign for specifics on that investigation. We also asked if photographic or video evidence of the temporarily wrecked alert system existed, and, if so, whether the office would be willing to share it with us.

A spokesperson responded to us via email:

In other words, before the attack that killed five people, Pressley's office said it used the emergency alarm system and regularly tested the buttons. Ever since Boston-area voters elected Pressley, who is Black, to the House in fall 2018, Groh said they routinely ran through safety drills in response to multiple death threats, The Boston Globe reported.

The statement to Snopes confirmed "relevant agencies" were investigating the matter, though it did not answer our questions about who or what was conducting that examination — those questions remained unknown. Also, the email did not include anything but the above-displayed text, which meant our request for visual evidence of the new or former button system was denied.

Nonetheless, no proof existed to doubt Pressley's staff's account of what happened in their suite as the mob of extremists including white nationalists stormed the federal building.

Simultaneously, no evidence existed to show the incident was indicative of "an inside job" by congressional allies of Trump or Capitol Hill police. In fact, an unidentified Democratic aide to the House Administration Committee, which oversees security at the Capitol, told a Washington Post columnist in February the buttons may have been missing because of a clerical error -- not because of a conspiracy to harm Pressley because of her political agenda.

"A preliminary investigation suggests that Pressley’s office was inadvertently placed on the Architect of the Capitol move list, and a vendor wrongly removed their duress buttons through a clerical screw-up," the aide said in an email to the columnist, Greg Sargent.

He wrote in a column that published Feb. 8:

The aide added that 'it is likely relevant' that Pressley took over the office of former congresswoman Katie Hill (D-Calif.) in an office swap at the beginning of the last Congress. Hill subsequently resigned amid an ethics investigation, which may have erroneously placed that office (despite its having been traded to Pressley) on a list to be emptied out at the end of the last Congress.

That might have resulted in the removal of the duress buttons, the aide says. [...]

Still, the aide cautioned that an internal Capitol Police investigation into the matter “remains ongoing.”

On Feb. 15, Snopes reached out to Pressley's office to confirm or deny the validity of the above-displayed information reported by The Washington Post. We did not receive a response, but we will update this report when or if we do.

Pressley is a member of Congress' so-called "Squad," a group of progressive lawmakers of color who have been verbally attacked by Trump and his supporters.

The group also includes Alexandria Ocasio-Cortez, D-N.Y., who used Twitter to highlight Groh's comments about the panic buttons in The Boston Globe and raise followers' suspicion of the potential security breach. The New York Times reported on Jan. 13 that the Government Accountability Office, a nonpartisan federal watchdog agency, has suggested it would open an investigation to determine whether any members of Congress fomented or helped plan the attack, according to Rep. Jason Crow, D-Colo. Additionally, citing a senior congressional aide, the newspaper reported the inspector general of the Capitol Police was launching an investigation to determine the potential extent of some officers' involvement.

In sum, while Pressley's chief of staff immediately after the insurrection said emergency panic buttons were inexplicably removed by right-wing extremists, a Democratic aide told a Washington Post columnist about a month later that the alarm system may have been absent because of an administrative mixup.

However, at that time, Capitol Police were still investigating why and under what circumstances, exactly, the panic buttons were absent from the Democratic congresswoman's office. We will give this claim a standard rating when, or if, the law-enforcement agency reveals definitive findings of that probe.

This report was updated with information from a Democratic aide reported by The Washington Post on Feb. 8.