The so-called "Squad" in the U.S. Congress is the frequent target of disinformation. 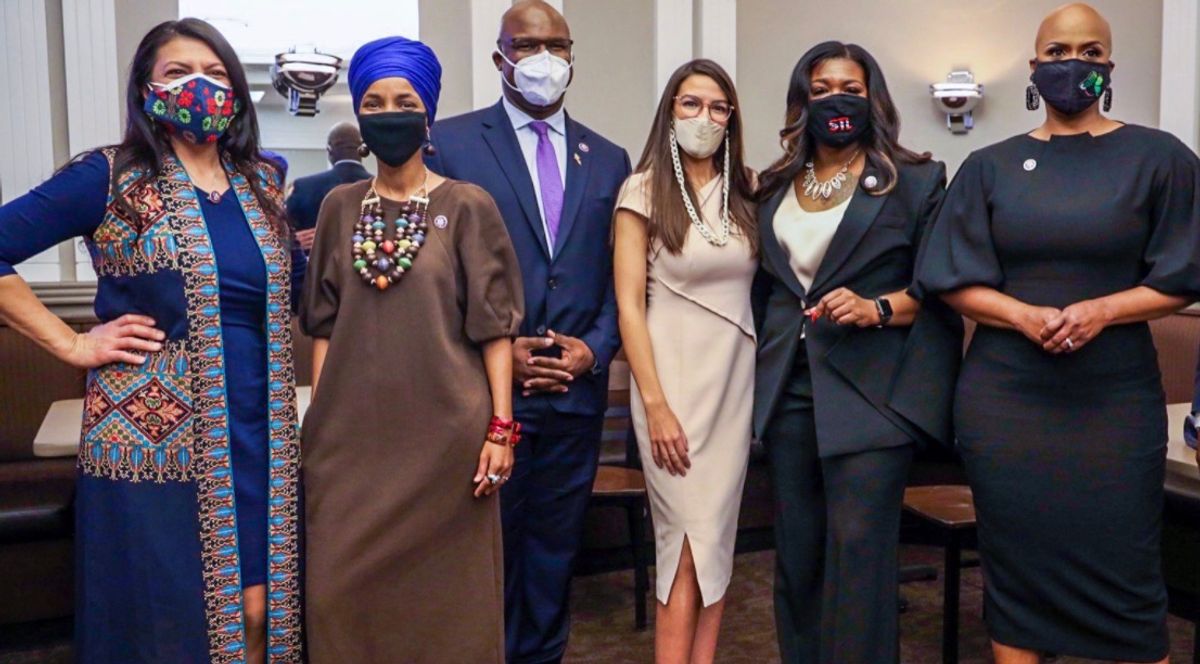 Claim:
U.S. legislators who are members of "the Squad" posed for a picture wearing swastika dresses in January 2021.
Rating:

In early January 2021, Snopes readers asked whether a picture that had gone viral on social media is real. It shows "The Squad," or younger, non-white, progressive, and predominantly female members of Congress, with some wearing dresses bearing stars in the shape of the Nazi swastika symbol. The legislators known as "The Squad" are the frequent targets of right-wing disinformation, particularly Ocasio-Cortez and Omar.