Even without Twitter, presidents can tangle foreign relations on a whim. 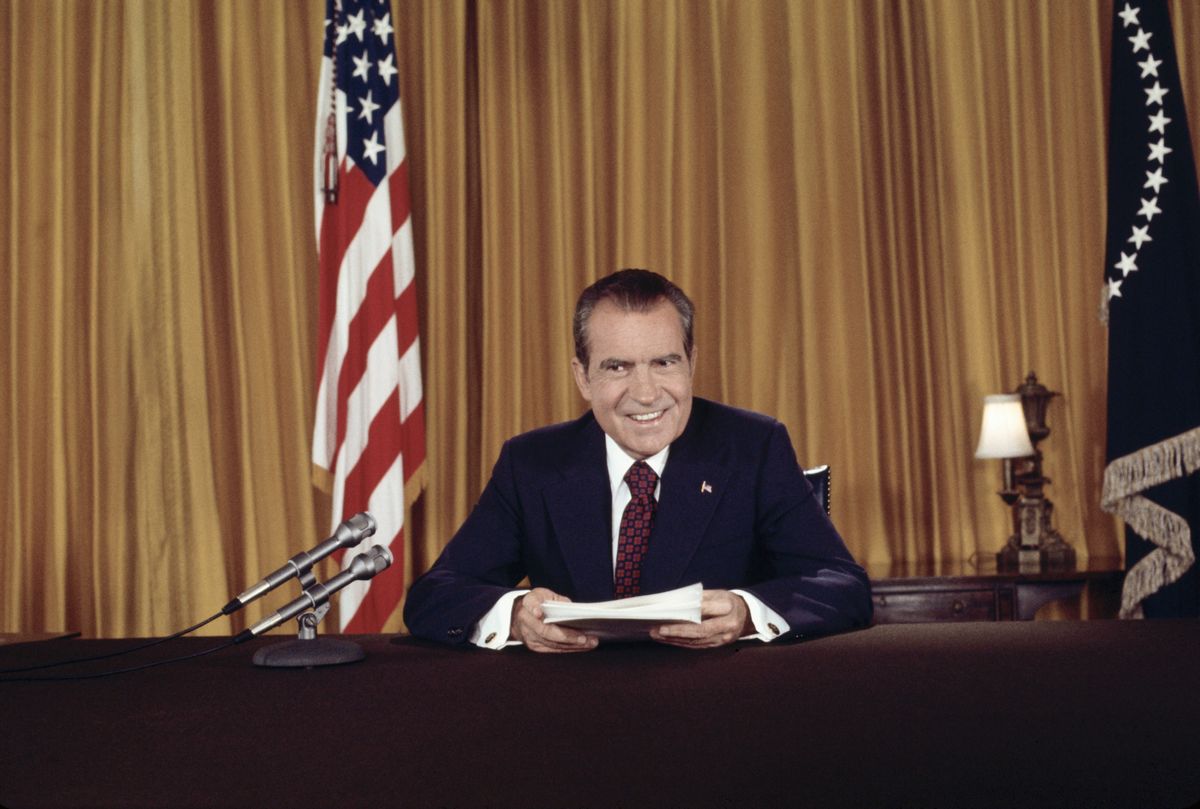 Claim:
In 1969, then-President Richard Nixon ordered a nuclear strike on North Korea while intoxicated by alcohol — but his inner circle convinced him to hold off on such a decision until sobering up.

In July 2021, Snopes readers asked us to determine the legitimacy of the below-displayed meme that claimed former U.S. President Richard Nixon was drunk one night during his presidency and wanted to deploy nuclear weaponry on North Korea.

But, the post asserted, the strike did not happen because members of Nixon's inner circle at the time convinced the commander-in-chief to hold off until the following morning — when he would be sober.

"In 1969, a drunk Richard Nixon ordered a nuclear strike on North Korea for shooting down a spy plane. Henry Kissinger, National Security Advisor for Nixon at the time, also got on the phone to the Joint Chiefs and got them to agree to stand down on that order until Nixon woke up sober the next morning." The meme recalls several aspects of history factually. The so-called "spy plane" was a Naval patrol aircraft, which a North Korean fighter jet indeed shot down over the Sea of Japan on April 15, 1969. Kissinger led the executive branch's National Security Council at the time — a position that would make him a central figure in the alleged circumstances. Additionally, "the Joint Chiefs" referred to the group governing the country's military forces.

Let us note here: Nixon's drinking was well-documented in photos and White House reporting during his presidency, including by Watergate reporters Bob Woodward and Carl Bernstein. In their book about Nixon's last days in office, they noted that the president’s “inability to handle more than one drink was well known to his intimates," per TIME magazine. It wrote:

For example, on Oct. 11, 1973 at 7:55 p.m., transcripts of Secretary of State Henry Kissinger’s telephone conversations show he took a call from Brent Scowcroft, who was then an assistant in the administration. The Yom Kippur War between Israel and Egypt was underway and 10 Downing Street, the British Prime Minister’s office, had called to inquire if Nixon would be available to talk to the British Prime Minister on the subject of the Middle East. Kissinger and Scowcroft decided that, despite the pressing business, the P.M. could either talk to Kissinger or he could wait.

'Can we tell them no?” Kissinger asked Scowcroft. “When I talked to the President he was loaded.'

As far as the alleged incident in 1969, specifically, the claim appeared to originate from reporting by Anthony Summers and Robbyn Swan — two renowned journalists who interviewed Nixon's psychotherapist and inner circle for a book published in 2000. According to The Guardian's review of that book, which is titled “The Arrogance Of Power: The Secret World Of Richard Nixon":

The CIA's top Vietnam specialist, George Carver, reportedly said that in 1969, when the North Koreans shot down a US spy plane, "Nixon became incensed and ordered a tactical nuclear strike ... The Joint Chiefs were alerted and asked to recommend targets, but Kissinger got on the phone to them. They agreed not to do anything until Nixon sobered up in the morning."

BBC and Business Insider also recirculated what Carver, who died in 1994, supposedly told the journalists.

However, Carver's interview appeared to be the only evidence to substantiate the claim that Nixon's inner circle supposedly persuaded him to hold off on waging a nuclear war on North Korea until he sobered up. Without more definitive proof, we cannot give this claim a traditional Snopes truth rating.

Such evidence could include official transcripts of the alleged phone call involving Kissinger or interviews from first-hand sources to corroborate Carver's quote to the journalists.

Furthermore, the Richard Nixon Foundation's official write-up of "How Nixon and Kissinger Dealt with North Korea" made no mention of such a phone call nor Nixon's alleged intoxication at one point while supposedly deciding how America should respond to the April 15, 1969, plane incident.

In June 2017 — six months after Donald Trump took office — TIME called attention to the fact that the 25th Amendment establishes guidelines for when a president is “unable to discharge the powers and duties of his office." However, the constitutional mandate does not elaborate on, much less address at all, what happens when a president is temporarily under the influence of alcohol.

"The answer, if Nixon is any indication, is that business continues as usual— with the assistance of those who can run interference until the President sleeps it off," the magazine wrote.

If we receive more information on the alleged incident in 1969, we will update this post.

See our other fact checks about the former president: