A 1987 missive from the former president said his wife, Pat, had seen Trump on television and predicted he would be a "winner" if he decided to run for office. 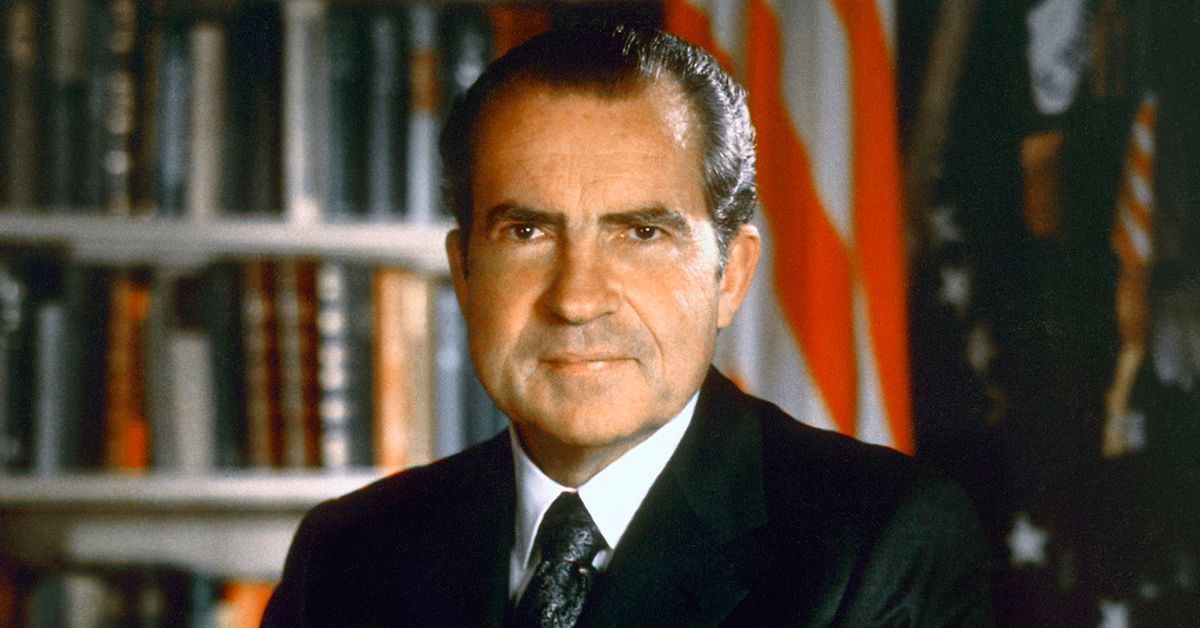 Claim:
Former President Richard Nixon sent a letter to Trump predicting he would be a successful politician whenever he decided to run for office.
Rating:

Within a day of Donald Trump's election to the presidency on 8 November 2016, a number of news outlets reported the existence of a letter allegedly written by former President Richard M. Nixon in 1987 that seemed to predict Trump's political ascendancy.

The Trump presidency might have caught a majority of Americans, pollsters, and pundits off guard, but at least one political insider saw it coming way back in 1987: Richard Nixon.

Well not Nixon exactly, but his wife Pat. Let us explain.

Thirty years ago, Pat Nixon caught Donald Trump on Phil Donahue’s TV show — because of course she did — and she was very impressed with what she saw. So impressed that her husband, the former president, went out of his way to write the young tycoon a note.

Lanyon said Nixon's letter, addressed "Dear Donald" and dated 21 November 1987, credited Pat Nixon for predicting that "whenever you decide to run for office you will be a winner!" It was signed "With warm regards, sincerely, RMN."

A scan of the original letter was tweeted on 9 November 2016 by the National Archive Foundation, attributing the image to the Richard Nixon Foundation in Yorba Linda, California (with whom snopes.com has confirmed its authenticity):

In 1987, the Nixons predicted @realDonaldTrump would win whenever he ran for office. Photo courtesy @nixonfoundation #PresidentElectTrump pic.twitter.com/hICGWZL6MJ

The letter was first made public in Michael D'Antonio's 2015 biography of Trump, Never Enough: Donald Trump and the Pursuit of Success, published by Macmillan. D'Antonio wrote that Trump had been making a round of national media appearances to promote his just-released book, The Art of the Deal, when Pat Nixon saw him on Phil Donahue's afternoon talk show and remarked on his performance to the former president.

"It was just amazing that he wrote it," Trump said.

Trump revealed that he did not know Nixon well, but he would receive letters from the former president.

"It was very interesting," Trump said. "He always wanted me to run for office."

The Fox News segment included a clip of Trump's 1987 Donahue appearance, during which he made remarks about U.S. policy that prefigured stands he would take 29 years later during his presidential campaign:

Pundits have argued back and forth about whether or not Richard Nixon would have supported Trump's actual candidacy had he been alive to see it, but Nixon's grandson, Christopher Nixon Cox (himself a Trump supporter), said in an interview on CNN that he was pretty sure Nixon would have gotten behind Trump:

COX: Of course, when you look at that letter that my grandfather wrote, he wrote that over 25 years ago. And I think he was very impressed with the charisma of Donald Trump and how Donald Trump was able to present himself on TV. And certainly when you see the primaries and all the victories that Donald Trump's had in the primaries, we see a true political talent. Donald Trump certainly has the ability to mesmerize a crowd, to galvanize people behind him, and we've seen that play out throughout the primaries ...

CUOMO: Do you think your grandfather would have gotten behind Donald Trump knowing what people now know about him?

In any case, the Nixon-Trump connection took on additional (and considerably darker) shades of meaning three months into Trump's presidency, as the administration became mired in scandal due to allegations of links between the Trump campaign and Russia and Trump's firing of FBI Director James Comey. For many, the latter conjured up images of the Watergate scandal and Nixon's "Saturday Night Massacre" firing of special prosecutor Archibald Cox, which led to the resignations of the attorney general and deputy attorney general, impeachment proceedings against Nixon, and ultimately to his resignation.

The ironies did not go unnoticed on social media:

Nixon/Trump letter. From a one corrupt @POTUS to another. Cool find.
RT @BeschlossDC @maddow https://t.co/Ihwh94MbNu