The call sign "Air Force One" refers to any Air Force aircraft carrying the president of the United States. 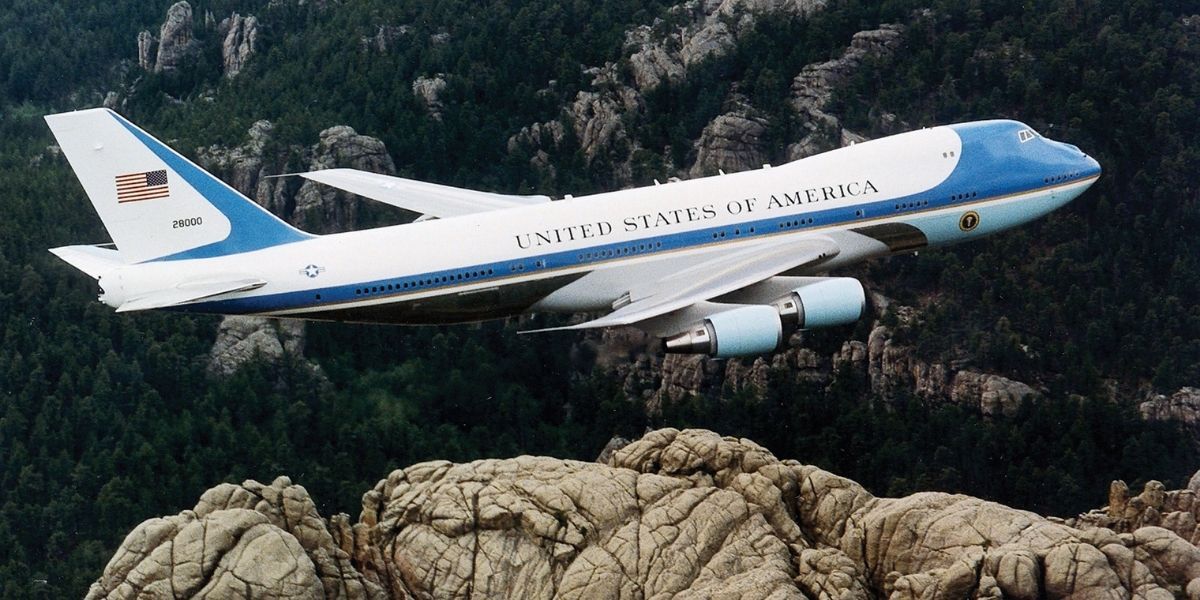 In the weeks leading up to the inauguration of U.S. President-elect Joe Biden on Jan. 20, 2021, an interesting historical anecdote concerning the resignation of President Richard Nixon became popular on social media:

"Today I Learned: The moment Gerald Ford was sworn in, Nixon was on Air Force One flying home. Because he was no longer President, the airplane's call sign was changed mid-flight from Air Force One to SAM 27000."

It's possible that a similar scenario — a president becoming a former president while aboard Air Force One — could take place in 2021. After all, outgoing President Donald Trump has announced that he will break from tradition and skip Biden's inauguration, and will instead take one final flight on Air Force One to Mar-A-Lago. As Trump is scheduled to depart the White House a few hours before Biden takes the Oath of Office, it's possible that Trump will stop being president while still aboard Air Force One.

Before we dig into the final hours of Nixon's presidency, it should be noted that "Air Force One" does not refer to one specific plane. While "Air Force One" is frequently used to refer to a special set of planes designed specifically for presidential travel, this call sign is technically used to "describe any Air Force aircraft carrying the President."

This historical tidbit can be glimpsed in the closing moments (spoiler alert) of the decidedly ahistorical 1997 movie "Air Force One" starring Harrison Ford:

On Aug. 8, 1974, Nixon delivered his final speech from the Oval Office to announce that he would be resigning the presidency "effective at noon tomorrow." The following morning, Nixon, whose resignation came as the House of Representatives prepared to impeach him on charges for obstruction of justice, abuse of power, and contempt of Congress in relation to his involvement with the Watergate scandal, tendered his resignation in a brief letter to Secretary of State Henry Kissinger.

In the hours following his resignation (Kissinger noted that the letter was received at 11:35 a.m.), Nixon would depart the White House aboard a helicopter to Andrews Air Force Base and then board a plane to California. During this time, Nixon's vice president, Gerald Ford, would officially be sworn in as the 38th president of the United States.

Colonel Ralph Albertazzie, who piloted Air Force One flights during Nixon's presidency, recounted how he called ground control to request changing the "Air Force One" call sign mid-flight in his 1979 book “The Flying White House":

Air Force One was 39,000 feet over a point 13 miles southwest of Jefferson City, Missouri ... The time was 3 minutes and 25 seconds past noon. Albertazzie picked up his microphone and spoke to ground control: ‘Kansas City, this was Air Force One. Will you change our call sign to SAM 27000?’

While we do not doubt Albertazzie's account (it seems that the pilot of Nixon's flight from Washington, D.C., to California truly radioed ground control to request a call sign change), we're not entirely sure, pedantically speaking, if this change in call signs was actually necessary. Our skepticism concerns the half-hour period between Nixon's resignation (he offered his letter of resignation at 11:35 a.m.) and the inauguration ceremony for his predecessor Ford (about 12:05 p.m.).

Who was president during this half hour period? If Nixon ceased being president at 11:35 a.m., then the plane he took from Andrews Air Force Base to California should not have been designated Air Force One in the first place. If that's the case, Albertazzie's story is either a slight embellishment of the truth, or it showcases a contemporary misunderstanding of the unprecedented historical moment. We reached out to the White House Historical Association for more information and we will update this article accordingly. Until then we're issuing "no rating" on the truth of this claim.

It seems worth noting, though, that news reports did at the time did refer to the plane as Air Force One as it took off from Andrews Air Force Base. Nixon, too, was referred to as "president " during these reports.