If there's one thing we've learned from watching "Futurama," it's that you just can't trust Zapp Brannigan. 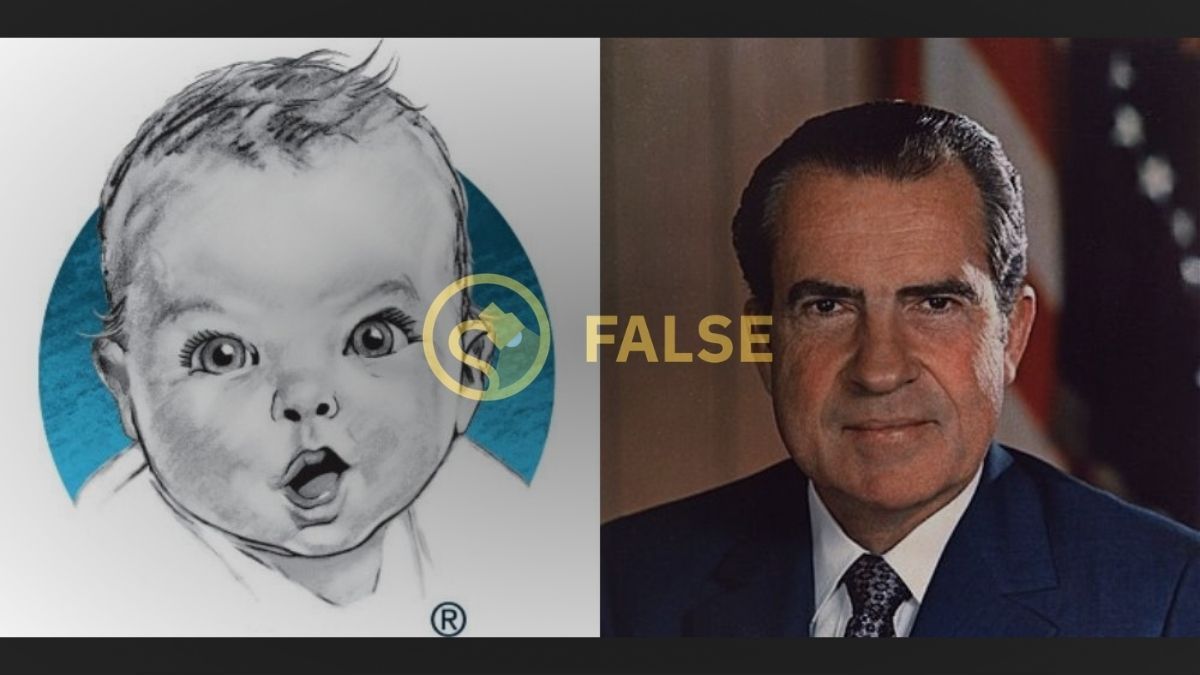 One piece of totally inaccurate "common knowledge" that often gets mentioned on social media is that the 37th president of the United States, Richard M. Nixon, was the original Gerber Baby. This is not true. Nixon was not the original Gerber baby.

For one, Nixon was born in 1913 and would have been about 15 years old when Dan Gerber, the owner of the Fremont Canning Company, launched a contest in the summer of 1928 to find the face of his new Gerber baby food campaign. Second, we have not been able to trace this claim back to any credible source. In fact, when we did attempt to track down the source of this rumor we ended up in an episode of the animated show "Futurama."

In the episode "War is the H-Word" from Nov. 2000, Fry the delivery boy and Bender the robot enlist in the military to get discounts on gum. When a war is declared, the pair get deployed under the leadership of Zapp Brannigan, a military officer voiced by Billy West.

As their ship takes off, Brannigan tells the new recruits:

"War is the H-Word" is available via Hulu. An unofficial copy of this scene can be glimpsed below:

While we're not entirely certain that this claim originated with "Futurama," this episode from 2000 is the earliest example we've been able to find.

The claim that Nixon was the original Gerber baby can also be dismissed since the identity of this advertising icon is already known. According to the Gerber Products Company, the original logo was based on a drawing of Ann Turner Cook that was done by her neighbor Dorothy Hope Smith.

In 1928, Gerber held a contest to find a face to represent a baby food advertising campaign. Artist Dorothy Hope Smith entered her simple charcoal sketch of a tousle-haired, bright-eyed cherub of a baby with endearing pursed lips. In her entry, Smith noted that she would finish the sketch if she won. Her drawing competed with elaborate oil paintings, but the judges fell in love with the baby face Smith drew, and when they chose it as the winner, they insisted that the simple illustration remain a sketch. The image of this happy, healthy baby was soon to become the face that launched a brand, a face recognized and loved across the globe.

Indeed, the illustration became so popular that Gerber adopted it as its official trademark in 1931. Since then, the Gerber Baby has appeared on all Gerber packaging and in every Gerber advertisement. The identity of the baby, however, was kept secret for 40 years, until 1978.

Who is the Gerber Baby?

In a poll taken across the United States, people speculated as to the identity of the Gerber Baby. Guesses ranged from movie stars Humphrey Bogart and Elizabeth Taylor to Senator Bob Dole. Over the years there have been rumors of the actress Jane Seymour being the Gerber Baby. But mystery novelist and retired English teacher Ann Turner Cook knew the correct answer: She is the Gerber Baby.

People have been speculating about the identity of the original Gerber baby for years. We took a deeper look into the rumor that actor Humphrey Bogart made his public debut on a baby food package here.