Reports that former NBA superstar Michael Jordan has died of a heart attack are another celebrity death hoax. 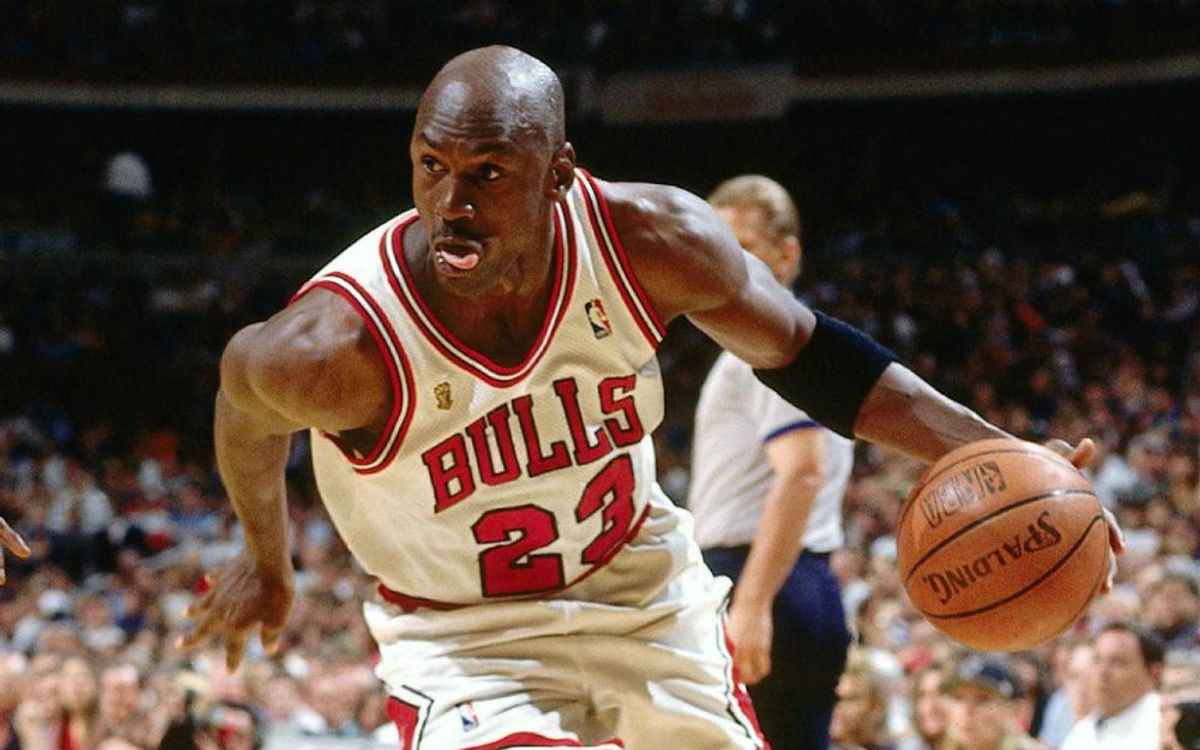 Claim:
Former NBA superstar Michael Jordan has died in his sleep of a heart attack.
Rating:

In February 2015, the web site Cronica MX published an article reporting that former Chicago Bull basketball star Michael Jordan had passed away of a heart attacj at the age of 52:

This morning the ex basket ball player and also icon of world sports, Michael Jordan, was found dead while in his sleep in his residence in North Caroline. Around 3 am eastern time, Yvette Prieto, now widow of the star noticed that her husband showed no vital signs and she proceeded to call 911. Minutes after the paramedics arrived, they confirmed the death of the athlete due to a heart attack.

The wife, Yvette Prieto, said she feels devastated for the sudden death of his beloved husband and in a short speech to some news reporters she thanked them for all the support. She said that Jordan was a great person and everybody loved him.

The web site also produced a video in order to lend some credibility to the claim that His Airness had died. Although the clip was designed to look like a breaking news segment, the footage posted to YouTube was not anything broadcast by a credible news network:

The dead giveaway that this video was a fake (and the report of Jordan's death a hoax) came at the mark, when reporter Rich Eisen appeared on screen to give a tearful goodbye to the sports legend. Although the footage of Eisen was real, the sports reporter was not shown mourning the death of Michael Jordan; rather, that portion of the clip was a recycled portion of an NFL Game Day broadcast from which aired shortly after the death of Eisen's fellow ESPN anchor Stuart Scott:

Previous Article
Next Article
Article 28 of 33 in Collection