Does Kavanaugh Accuser Julie Swetnick Have a Restraining Order Against Her by a Former Boyfriend?

An ex-boyfriend of Julie Swetnick filed a petition for a restraining order in 2001, but it was dismissed soon afterwards. 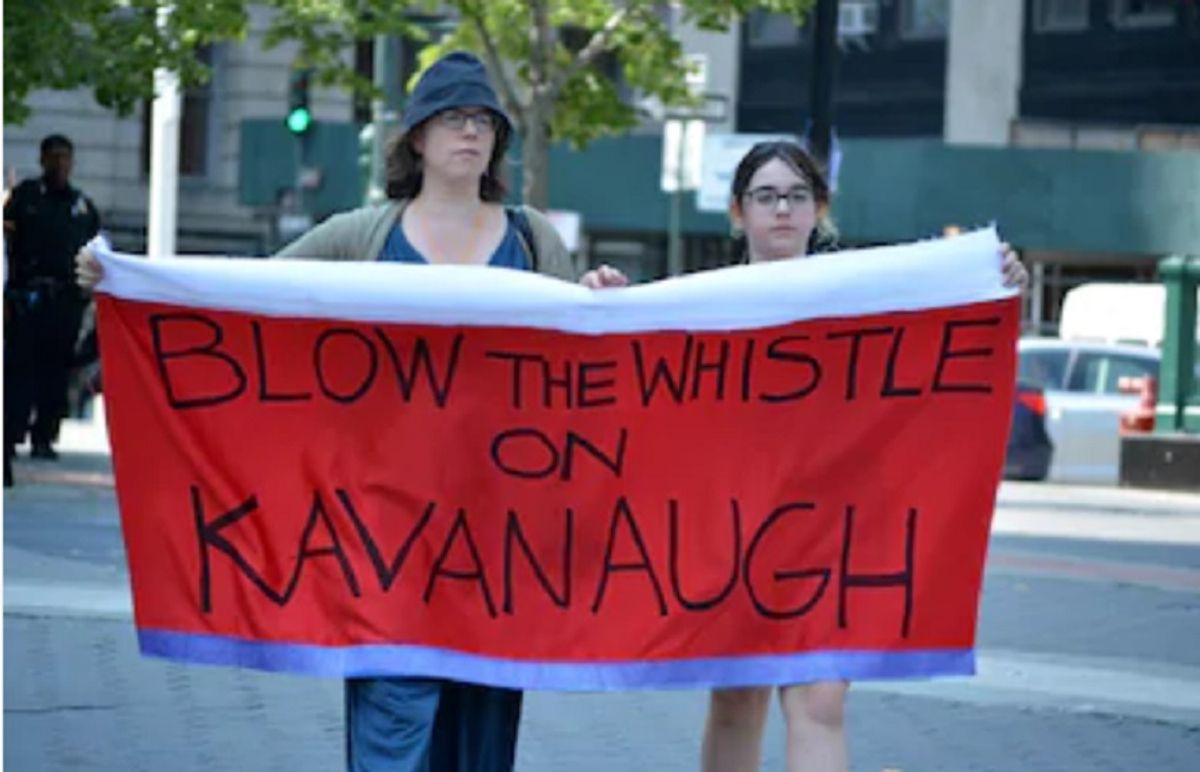 Claim:
Kavanaugh accuser Julie Swetnick has a restraining order against her from an ex-boyfriend.
Rating:

An ex-boyfriend of Kavanaugh accuser Julie Swetnick filed a petition for a restraining order against her in 2001.

No restraining order was issued against Swetnick, as the petition was dismissed shortly after it was filed.

On 26 September 2018, Donald Trump, Jr., the son of President Donald Trump, tweeted to his 3 million-plus Twitter followers that Julie Swetnick, one of the women who has accused Supreme Court nominee Brett Kavanaugh of sexual misconduct, "has a restraining order filed against her" by an ex-boyfriend:

She also has a restraining order filed against her by a former boyfriend. I’m sure Creepy Pron Lawyer picked another credible one here. https://t.co/qtgYZy9kPb

According to Politico, Vinneccy said he and Swetnick had dated for four years:

A Miami-Dade County court docket shows a petition for injunction against Swetnick was filed March 1, 2001, by her former boyfriend, Richard Vinneccy, who [said] the two had dated for four years before they broke up.

Thirteen days later, the case was dismissed, not long after an affidavit of non-ability to advance fees was filed.

According to Vinneccy, Swetnick threatened him after they broke up and even after he got married to his current wife and had a child.

Michael Avenatti, Swetnick’s current attorney, termed reporting about the restraining order "complete nonsense,” saying: "No truth to this at all. Her ex-boyfriend fraudulently used her résumé to apply for and obtain jobs and was caught by her."

We reached out to Avenatti for comment but did not receive a response.

The Miami New Times noted that it's difficult to know what Vinneccy alleged at the time, because no one has seen the petition itself (since the available court documentation is heavily redacted). But the case was dismissed when Vinneccy failed to show up in court for a permanent injunction hearing:

Protection orders are occasionally misused by people who file for restraining order using bogus claims. However, the credibility of Vinneccy's claims to news outlets are difficult to verify without reviewing the petition itself. Additionally, it seems unlikely that if Vinneccy truly felt as threatened as he claimed that he would simply not show up to the hearing where he could ensure the protection order would stay in place.

The 2001 court matter was unrelated to Swetnick's accusations against Kavanaugh, which stem from events she claims took place two decades prior.

Swetnick, a federal government employee and Washington, D.C. resident, made a declaration under penalty of perjury which was released to the public on 26 September 2018 by Avenatti on Twitter. In that declaration, Swetnick pointed out that she has held security clearances for her work with multiple federal agencies, including the U.S. Treasury, Internal Revenue Service, and the Department of Homeland Security.

Swetnick declared that in the early 1980s, she saw Kavanaugh engage in excessive drinking and sexually aggressive behavior toward women. She also asserted that she attended "well over" ten house parties from 1981 to 1983 at which she witnessed Kavanaugh spike women's drinks, causing them to become inebriated, after which they were raped by multiple boys. Swetnick said she saw Kavanaugh and his friend Mark Judge lined up with other boys to take their "turn" with incapacitated girls.

Swetnick also maintained she was gang raped at one such party where Kavanaugh and Judge were present but did not allege she was raped by Kavanaugh himself.

During a raucous Senate Judiciary Committee hearing on 27 September 2018, Kavanaugh "emphatically" denied accusations of wrongdoing leveled against him by Swetnick and two other women who said when they were in high school or college, Kavanaugh drunkenly accosted them or others. Kavanaugh called Swetnick's allegation a "joke" and a "farce."