Does Kavanaugh Accuser Deborah Ramirez Have 'Ties to George Soros'?

The identity of a woman who accused Brett Kavanaugh of sexual misconduct has been confused with another person bearing the same name. 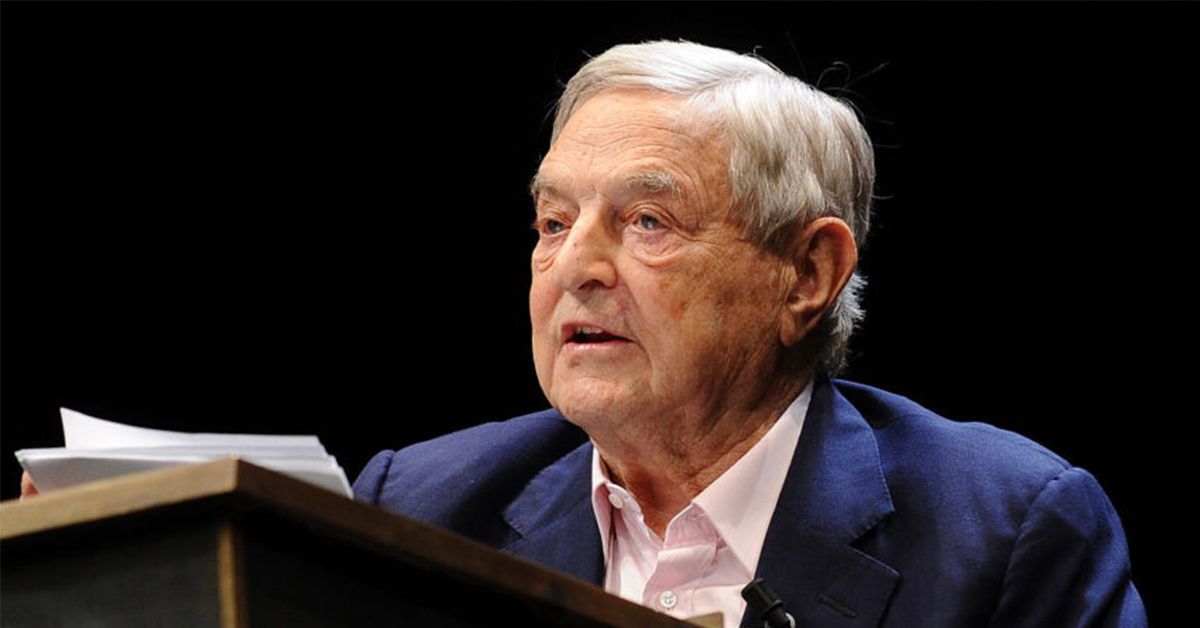 Amid fraught controversy over the looming Senate Judiciary Committee vote to confirm Brett Kavanaugh to the U.S. Supreme Court, a false story reporting that a woman accusing him of sexual misconduct had "ties" to right wing conspiracy theory boogeyman George Soros spread online.

Two women, Christine Blasey Ford and Deborah Ramirez, came forward in September 2018 with accusations against Kavanaugh stemming from the 1980s. Ford said Kavanaugh pinned her down, covered her mouth, and attempted to rape her when the two were in high school. Ramirez said he exposed himself to her at a party when the two were undergraduate students at Yale, accusations that threw an already-heated confirmation process into chaos. President Donald Trump's supporters, eager to get Kavanaugh confirmed before November midterm elections, have lobbed a deluge of criticism and scrutiny at the two women, with Trump himself lambasting them and calling the accusations a "con job" led by his political opponents.

On 23 September 2018, Ramirez's detailed account was published by the New Yorker, in which she maintained that during a 1983-84 school year party, Kavanaugh drunkenly shoved his genitalia toward her face, causing her to inadvertently touch them when she pushed him away.

One day after the New Yorker piece was published, claims began circulating online that Ramirez had ties to George Soros because a different woman bearing the same name had won a 2004 fellowship from Soros's Open Society Foundation: The 53-year-old Deborah Ramirez was described in the New Yorker piece as having "studied sociology and psychology" and having "spent years working for an organization that supports victims of domestic violence." The other Deborah Ramirez is a law professor at Northeastern University and has nothing to do with the Kavanaugh scandal. She declined to comment for this story.

It's unclear how stories conflating the two women's identities initially made their way onto the Internet. Some news stories pointed to a now-deleted tweet authored by National Review columnist John Fund a day after the New Yorker story was published which read, "Irony of this is just too great. New Yorker article on new Kavanaugh accuser, Deborah Ramirez, leaves out tie to George Soros. Ramirez got 2003 Soros Justice Fellowship to strengthen understanding between law enforcement and Arab Muslim and Sikh communities."

But in the tweet, Fund said he got the information from another columnist, Quin Hillyer, and from Hillyer we learned the information was passed on to him by yet another journalist whom he declined to name. Hillyer told us Fund's tweet was the result of a misunderstanding:

I forwarded a note to Fund, while on the run, on a balky cell phone that kept trying to auto-correct words I was typing. It got garbled. I was alerting him to a potential story, but he misunderstood, because of the garbled words, and assumed I was forwarding a confirmed story, and he Tweeted out the info in a lighthearted matter. As soon as I found out, I apologized for causing the initial confusion -- for something I never printed. John apologized too. Sometimes Twitter works too fast, when even ordinarily careful journalists aren't being as careful when quickly Tweeting as they do when they are publishing actual articles/columns.

Hillyer said he initially thought the information, if true, could be of interest because it might show a potential ideological bias against President Trump and his appointees "which can influence hazy memories even of somebody honestly trying to recall names and faces after 36 years." But he pointed out that both he and Fund corrected the record and apologized on social media when they were made aware of the mistake.

A number of junk sites took the information and ran with it however. For example the conspiracy-mongering BigLeaguePolitics.com posted, then deleted, a story with the headline, "BUSTED: Kavanaugh Second Accuser Was George Soros Open Society Fellow." We reached out to editor-in-chief Patrick Howley with questions about why the article was deleted and how being a Soros fellow rendered one "BUSTED" but received no response. Another conspiratorial site, ShadOlsonShow.com, reported:

In any event, one of the first facts to surface after Ronan Farrow’s latest adventure in nepotism journalism regarding Deborah Ramirez’s predictable pile-on against Brett Kavanaugh: A hard and fast link to George Soros and his flagship societal destruction vehicle, Open Societies Initiative, or OSI.

Turns out, besides being Brett Kavanaugh’s Yale classmate who now alleges he exposed his penis and thrust it toward her face during a drunken dorm party at Yale in 1983, Deborah Ramirez’s steepage in social justice warrior protocol was so ubiquitously undertaken that it earned her a 2003 mention as ‘Senior Fellow’ by George Soros’ Open Society Initiative. The George Soros hits just keep coming and coming.

That story was also deleted. (We reached out to the email address listed on ShadOlsonShow.com, but our message bounced.)

Unsurprisingly, Internet sleuths found a photograph of George Soros posing with a woman and claimed that woman was Christine Blasey Ford, when it was not. (The woman pictured with Soros was Ukrainian human rights activist Lyudmyla Kozlovska.)

The information remained live on social media well after it was known to be false, thanks to Internet personalities with large followings who left it in place, including ubiquitous Trump Twitter cheerleader Jacob Wohl, who has 165,000 followers:

George Soros is often cited by more conspiratorial-minded adherents of right-wing politics as the mastermind behind what they view as the ills of the world (typically causes associated with social progressivism, as exemplified by the claim that he "funded" the 2014 Black Lives Matter protests against police violence in Ferguson).