Is This a Photograph of Christine Blasey Ford with Bill Clinton?

Dr. Christine Blasey Ford is apparently a Zelig-like figure who has met and posed with every prominent American liberal. 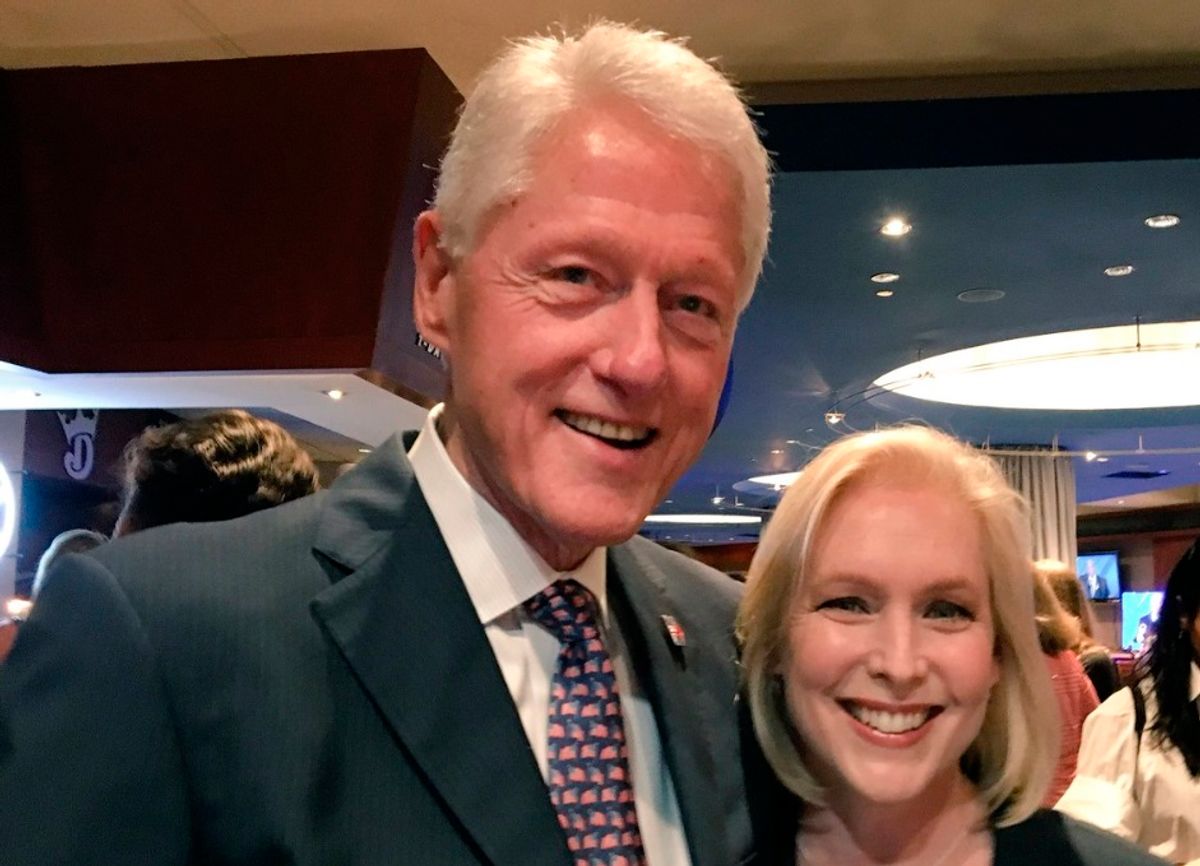 Dr. Christine Blasey Ford publicly alleged on 16 September 2018 that U.S. Supreme Court nominee Brett Kavanaugh sexually assaulted her at a party when both of them were high schoolers in 1982, she has been the target of a relentless campaign to try to discredit her and cast aspersions on her motivation for coming forward.

Predictably, someone dug up and circulated a photograph claimed to be a picture of Christine Blasey Ford posing with George Soros and suggesting some form of relationship between the two: However, the pictured woman is not Dr. Ford, but rather Lyudmyla Kozlovska, a Ukrainian human rights activist seen below with her husband Bartosz Kramek at an anti-government protest in Warsaw in 2017: Another pair of photographs were claimed to show Dr. Ford posing with former film producer Harvey Weinstein (against whom multiple allegations of sexual harassment have also been made) and former president Bill Clinton: But the woman seen in these pictures is actually Kirsten Gillibrand, the junior United States Senator from New York:

As #DemsInPhilly gather to nominate our next Pres. @HillaryClinton, kicked off #DNCinPHL w/former Pres. @BillClinton pic.twitter.com/nZ1uE18oRp

Someone later clumsily attempted to replace Senator Gillibrand's face with that of Dr. Ford in the photograph with Bill Clinton: