Is This a Photograph of Christine Blasey Ford's Lawyer with Hillary Clinton?

More purported evidence that all of Brett Kavanaugh's accusers can somehow be linked to every prominent liberal political figure. 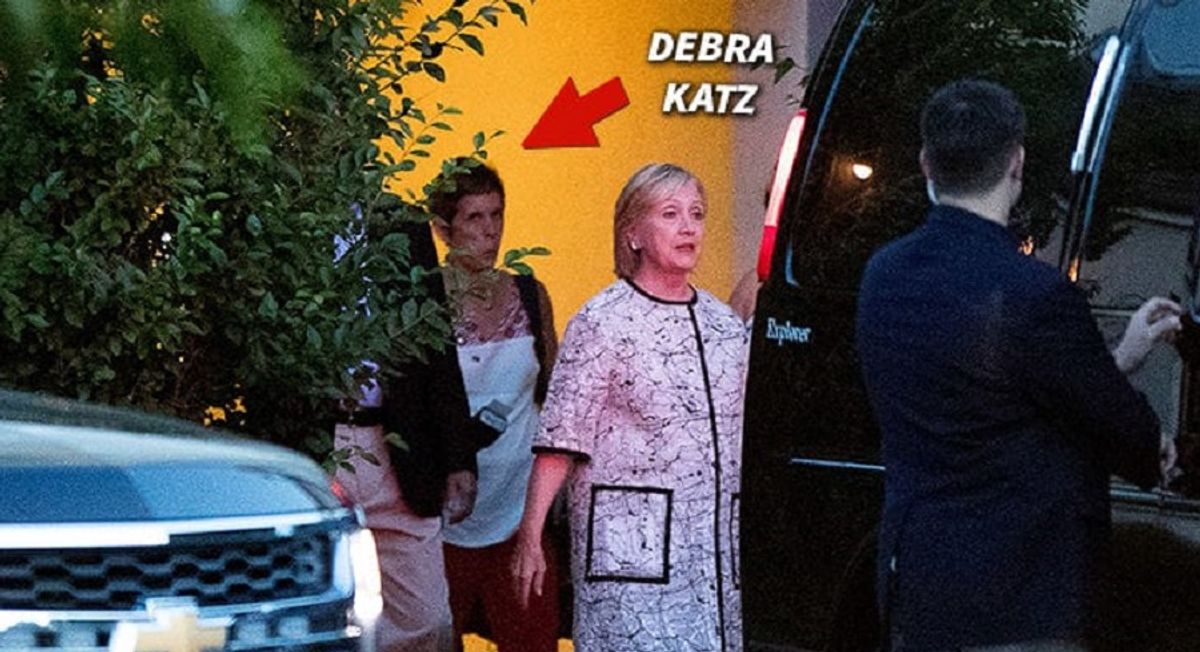 In September 2018, a number of attempts were made to smear the reputations or motivations of various women who came forward with allegations of sexual misconduct against Supreme Court nominee Brett Kavanaugh. Baseless rumors were circulated claiming that various photographs showed Dr. Christine Blasey Ford getting blackout drunk (false), that Ford had also accused Neil Gorsuch of sexual assault (false), that photographs showed Ford with alt-right boogeyman George Soros (false), and that Deborah Ramirez had won a fellowship from Soros’s Open Society Foundation (surprise, that one's false too).

On 26 September 2018, yet another attempt to discredit Kavanaugh's accusers started to gain traction, but this time it was promulgated by mainstream media outlets such as TMZ in addition to the regular lineup of internet trolls. The infamous gossip outlet published a photograph which they stated showed Debra Katz, the lawyer representing Dr. Ford, walking out of a house with Hillary Clinton: This image was also pushed by conspiracy theorists seemingly convinced that Kavanaugh accusers Ford, Ramirez, and Julie Swetnick were part of some nefarious plot funded by George Soros and Hillary Clinton to keep Kavanaugh from getting a seat on the Supreme Court: But this photograph was not taken recently, nor does it show Debra Katz with Hillary Clinton.

This photograph was taken in 2016 after a fundraiser for Hillary Clinton's presidential campaign held at a private home in Southampton, New York. The scene, which was captured by Associated Press photographer Andrew Harnik, was originally captioned: "Democratic presidential candidate Hillary Clinton, center, leaves a fundraiser at a private home in Southampton, N.Y., Sunday, Aug. 28, 2016."

Although the woman behind Hillary Clinton in this photograph may bare a passing resemblance to Debra Katz, the pictured woman is actually Clinton's official campaign photographer, Barbara Kinney. Barbara Kinney confirmed to us via email that she was indeed the woman seen with Hillary Clinton in the viral photograph.

TMZ eventually removed the photograph from their article and added the following update: "Earlier, we posted a pic of Hillary with a woman who'd mistakenly been identified as Katz, but it wasn't her."