The remark was uttered as Fox News correspondent Peter Doocy and other members of the press were being ushered out of the room. 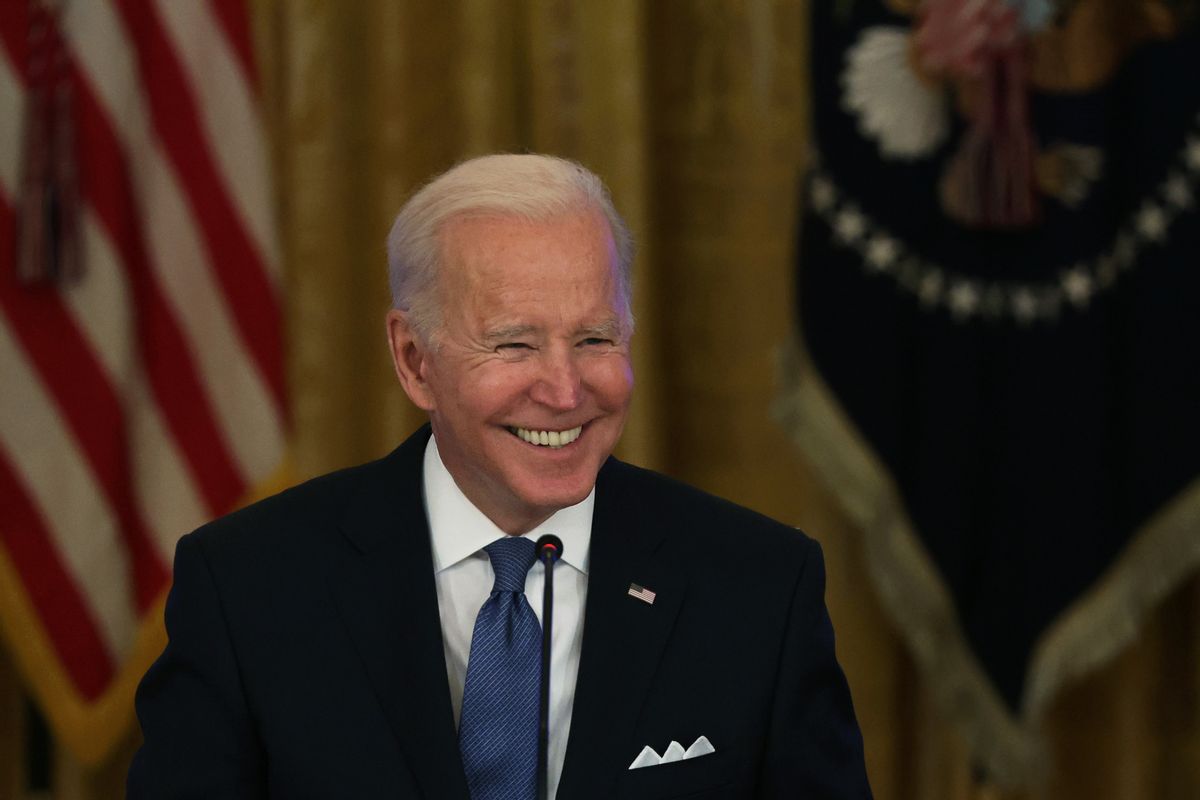 On Jan. 24, 2022, U.S. President Joe Biden responded to a question shouted out by Fox News reporter Peter Doocy as members of the press were being ushered out of the room, calling him a "stupid son of a bitch."

It happened at a meeting of the White House Competition Council. According to White House Press Secretary Jen Psaki, the purpose of the meeting was "to discuss its success thus far in providing concrete cost savings to — for Americans families, and to discuss plans for further actions in the weeks, months, and years ahead." U.S. President Joe Biden speaks during a meeting with the White House Competition Council in the East Room of the White House on Jan. 24, 2022. (Photo by Alex Wong/Getty Images)

As members of the press were departing the East Room, Doocy shouted to Biden, asking: "Do you think inflation is a political liability in the midterms?" According to CNN correspondent Brian Stelter (and as can be heard in the video clip below), Biden "deadpanned" the following answer: "It's a great asset. More inflation. What a stupid son of a bitch."

CNN, LiveNow from Fox, and perhaps others referred to Biden's remark as a "hot mic" incident, though it's unclear whether or not Biden was aware that the microphone was still picking up what he said. At the time when Biden responded to Doocy, cameras were still on and he was sitting in front of a microphone with 10 members of his Cabinet, "the heads of seven independent agencies," White House staff members, and some members of the press who were still making their way out of the room.