Is This Andre the Giant with Kurt Cobain?

The original image didn't show Cobain, but it did show Andre the Giant with another celebrity. 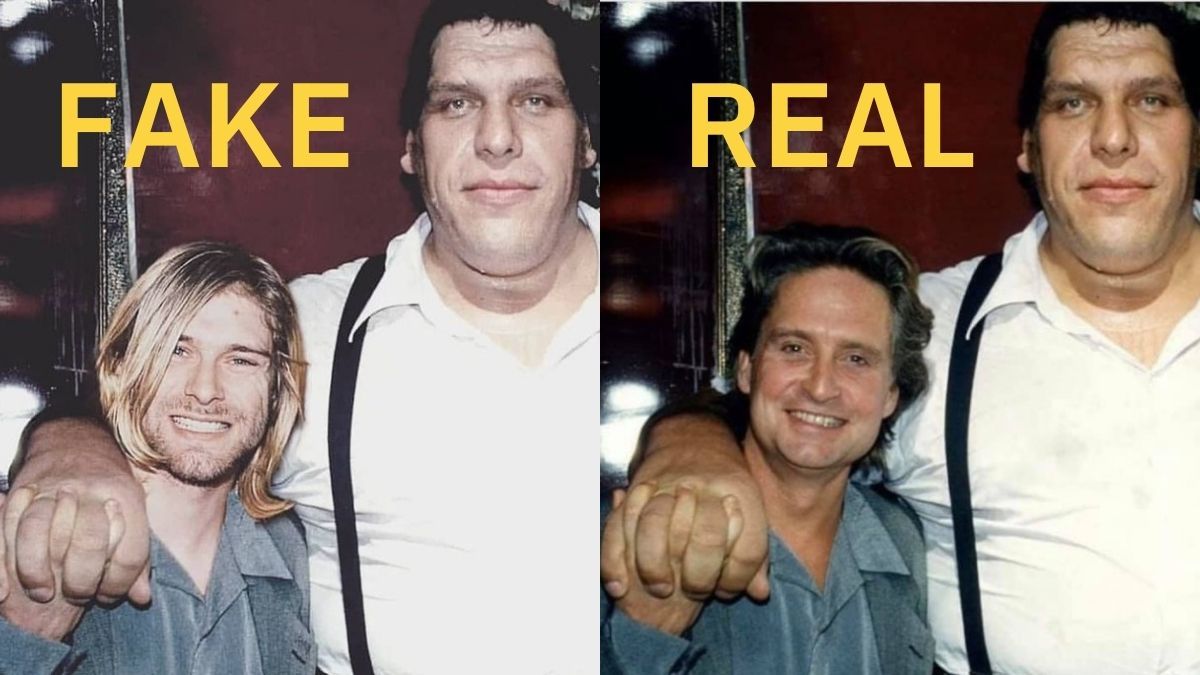 An image supposedly showing late singer Kurt Cobain with late wrestler Andre the Giant is frequently circulated on social media. In January 2022, for example, the image was shared to the "OldSchoolCool" category of Reddit: This is not a genuine photograph of Cobain and Andre the Giant. This is a composite image of at least two different photographs that was created by digital artist _vemix_.

_Vemix_ is a digital artist who creates "Visual Remixes" from photographs of celebrities. The artist's work frequently features celebrities from the '80s and '90s and these digital mashups are frequently shared as if genuine on social media. We've previously covered artwork from _vemix_ that supposedly showed "Crocodile Hunter" Steve Irwin with Mr. Rogers and another image that supposedly showed actress Betty White with musician Easy-E.

Cobain's head was superimposed on Douglas' body. The photo of Cobain's face was taken by Kevin Mazur who traveled with Nirvana during the band's "In Utero" tour. The original photograph of Cobain can be viewed in a 2014 Rolling Stone article.

If you think Andre the Giant's hands look big in this picture, you should see him holding a beer can.