Is This a Picture of André the Giant Holding a Beer Can?

Big hands or small can? Inquiring minds want to know. 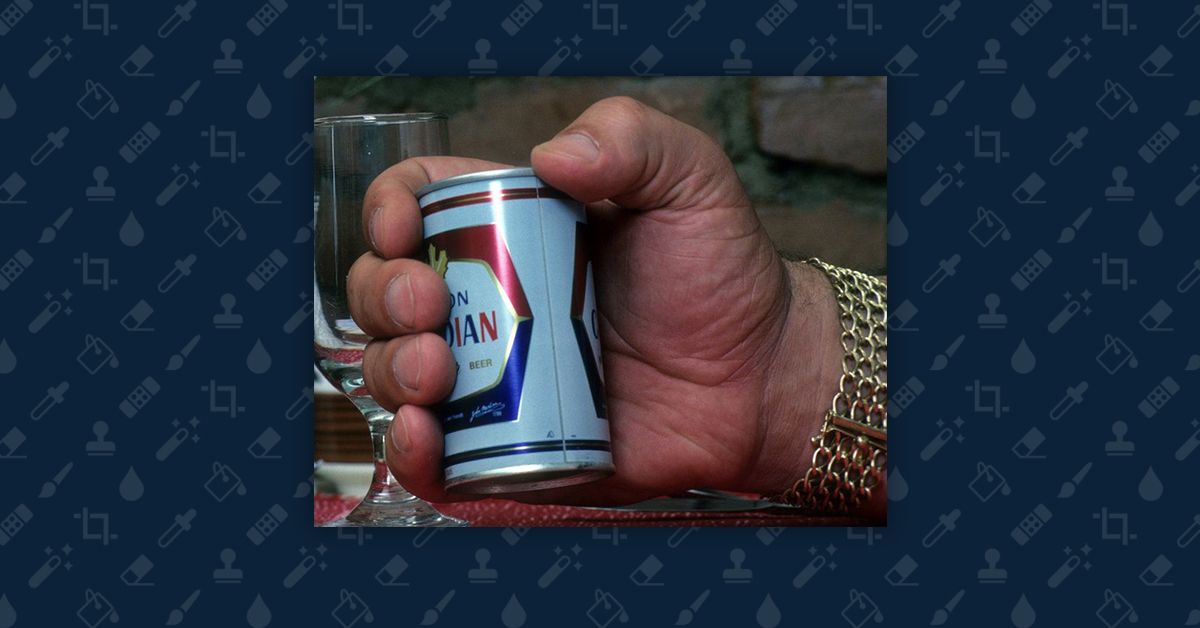 Claim:
A photograph shows André the Giant holding a 12-oz. can of beer.
Rating:

André the Giant had huge hands, and you know what that means: He made beer cans look like miniature toys when he held them.

A photograph showing famed wrestler and actor André René Roussimoff, best known as André the Giant, holding a can of beer is frequently circulated on social media accompanied by messages of awe and disbelief: Those who simply couldn't comprehend the sheer size of Andre the Giant (the WWE billed him at 7-foot-4 and 520 pounds, although reports of his size vary) asserted that the can in Andre's hand must have been a miniature. Perhaps this is a smaller 10-oz. can or some sort of prop?

This image originally appeared in the December 1981 issue of Sports Illustratedin an article entitled "To the Giant Among Us." The original picture also featured a shot of Terry Todd, the author of the article and a former superweight powerlifting champion, holding a glass of beer for comparison and was accompanied by a caption explicitly stating that the odd optics of the image were the result of Andre's massive size and not any sort of photographic trickery: That's no small beer on the right, it's a normal 12-ounce can in the hand of 7'4", 500-pound wrestler Andre the Giant. The glass is in the prodigious paw of the author, a former superweight powerlifting champion, who describes what life is like for a man who has made the most of being the biggest.

Photographer Stephen Green-Armytage also confirmed that a standard 12-oz. beer can was used for the photograph. Green-Armytage said that he wanted to use an object that everybody would be familiar with so that readers could immediately understand Andre's size:

While the iconic image might seem obvious now—and carries significance for Roussimoff outside of the realm of the posed picture—the beer was not the first thing the wrestler held. Once the group arrived at the photo shoot, the photographer Stephen Green-Armytage struggled to find an object that would to properly show off Roussimoff’s proportions. “Obviously we chose an item whose size is familiar to the magazine’s readers,” he told me. “I also photographed André with the restaurant manager, and although the giant towered over him, the reader would not know if he was a particularly small man or of normal size.” Another photo with the wrestler posing with Central Park horse also proved unsatisfying—“one wouldn’t know if it was a pony or a Clydesdale.” So when Todd suggested the beer-centric staging, Green-Armytage put aside his worry that the photo would be mistaken for an ad and snapped away.
After all, while everyone’s hands are different, a 12-ounce beer, he noted, is always the same size.

This Sport Illustrated photograph, of course, is not the only evidence demonstrating the size of Andre the Giant's hands. A cast of Andre the Giant's hands are available in the Adrian E. Flatt, MD Hand Collection at the Baylor University Medical Center at Dallas. In a video about his collection, Flatt explained that he had to use a Stetson Hat box to create Andre's cast (he typically used a shoe box) and provided two anecdotes about the giant's hands: I usually use a shoe box to cast the famous hands. But to do his I had to use a Stetson hat box. You could pass a silver dollar through the ring he wore in his finger. And his fingers were so wide that he had to use a pencil to use a push button telephone.

Goldenberg, David.   "The Story Behind the Famous Portrait of André the Giant Clutching a Beer Can."     Atlas Obscura.   21 December 2015.