Is This Eazy-E with Betty White?

A composite image is made up of two or more photographs. 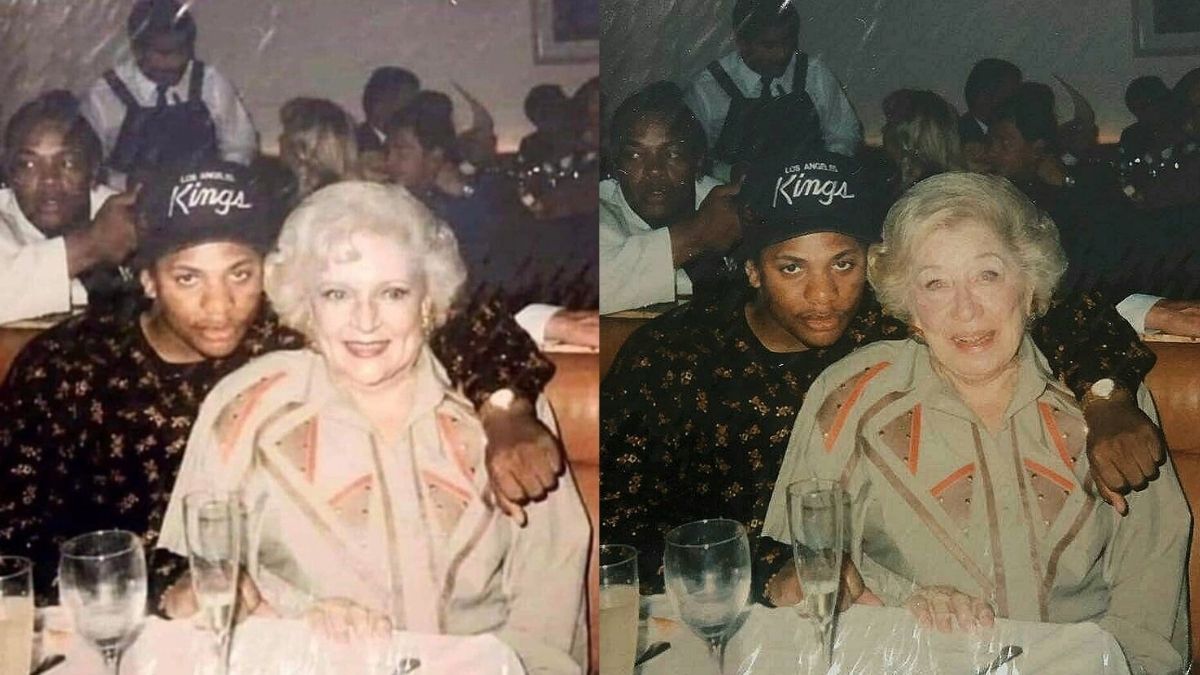 An old photograph supposedly showing Eazy-E with Betty White at a restaurant (as Dr. Dre sits at a table in the background) is frequently shared on social media:

This is not a genuine photograph. This is a composite of at least two different photographs.

The above-displayed composite image was created by altering a photograph of Eazy-E and Hilda Heller, the mother of music producer and N.W.A. manager Jerry Heller, that appears to have been taken sometime in the 1990s. Terry Heller, Hilda's grandson, posted the original photograph to Instagram in May 2019 with the caption: "Wow wow wow! Just found this picture of #eazye and my gorgeous grandmother Hilda Heller!!"

_Vemix_ altered the photograph by digitally editing White's face onto Heller's. A comparison between the altered image (left) and the original photograph (right) can be seen at the top of this article.