The park, a private property, prohibits firearms — even for gun owners who have permits to carry. 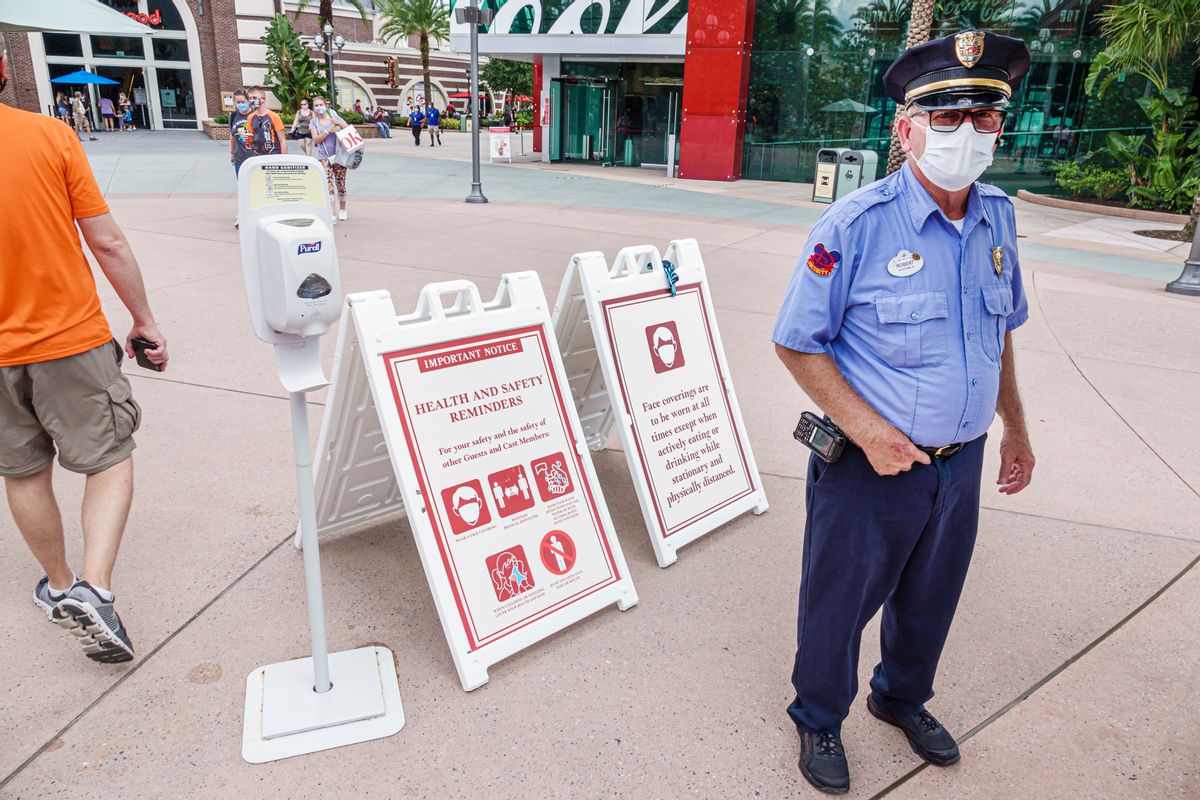 Claim:
At least 20 people were arrested on suspicion of illegally carrying firearms at Disney World in 2020 — an increase from four such arrests in 2016.
Rating:

In mid-June 2021, Snopes became aware of online chatter surrounding a claim that security workers at Disney World tallied an increase in customers illegally bringing guns to the theme parks or resorts during the COVID-19 pandemic. The assertion was true. The Orlando Sentinel, the city's primary newspaper, analyzed the Orange County Sheriff's Department's records detailing arrests at Disney World over five years and found 20 people were detained on suspicion of gun crimes in 2020 — compared with four such arrests in 2016.

The arrests are on pace to keep rising. This year, deputies have already arrested at least 14 people at Disney for carrying concealed firearms through mid-April, the records show.

Experts point to several reasons why gun arrests are on the rise. For one, there has been a flood of new gun owners across the country in 2020, a trend spawned by the pandemic and political unrest. Disney also is screening more people than it did five years earlier and upgraded its security checkpoint technology in 2020.

The majority of all such arrests occurred at Disney Springs, the resort's free-to-enter entertainment and food complex, according to the newspaper's analysis of the sheriff's department's records.

Let us note here: Law enforcement officers typically do not arrest gun-toting people who can prove they have a permit to legally carry the weapon in public, and they have discretion as to whether to detain someone who's carrying a concealed gun but doesn't have that permit, according to the newspaper.

But Disney World, which is a private company, has its own prohibition on firearms. Operating under those guidelines, staff can deny people entry to (or kick them out of) all Disney theme parks, restaurants, and other attractions, if they attempt to break the ban.